10 WHAT YOU NEED TO KNOW. Be prepared for rising prices, Google wants your money to be invested in your photos, and Europe is the region most ready to replace its politicians with robots: here are 10 news to read this Monday, May 31, 2021.

1. Canadian SMEs plan to significantly increase their prices. Small businesses will increase their account by 3.3% on average, according to CFIB research, the largest increase in a year since the data was collected in 2009. Globe and mail…

2. The Russian group responsible for the cyberattack on SolarWinds last year now targets government agencies, reports Reuters… Last week, Microsoft announced in a blog post that Nobelium, a Russian-based company, has attacked approximately 3,000 mailboxes in more than 150 organizations in at least 24 countries.

3.Google is tightening rules for storing photos in the cloud, trying to squeeze more money out of you, says ArsTechnica… Starting tomorrow, the storage in the Photos app will count towards the 15GB limit of data in the user’s cloud, and you’ll have to pay to access more data.

4. If there are more and more women on the boards of directors, the progress in the country is too slow, can we read Conversation… The author suggests raising targets for female representation and introducing quotas to make a difference. 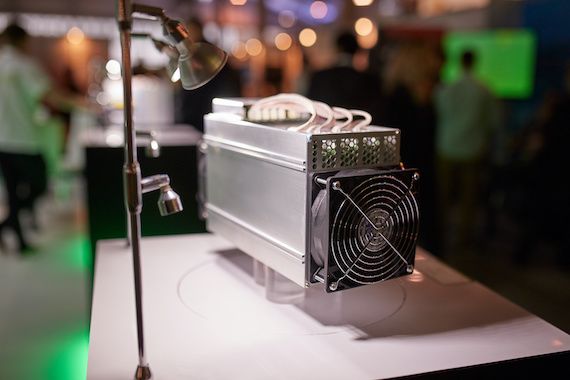 Illegal cryptocurrency mine discovered in the UK. (Photo: 123RF)

5. In the UK, police looking for a cannabis farm have instead found an illegal cryptocurrency mining venture, he says. BBC… The facility was illegally plugged into the electrical grid and several thousand dollars of energy were stolen for its operation.

6. Would you like to replace the Prime Minister with a robot? About one in two Europeans says they are in favor of replacing their politicians with artificial intelligence, concluded a survey conducted by CNBC… The idea was especially popular in Spain, where two out of three respondents supported it.

7. Economist reviews updated theories about the origins of COVID-19, namely that the virus was believed to have been created in a laboratory in China. The journal decides that this thesis is not impossible, but there is no evidence other than circumstantial evidence to support it.

8. Program The newspaper “New York Times dedicates a talk to a new type of prisoner in Hong Kong: democracy activists. Hundreds of them have been locked up in cages since the strong 2019 pro-democracy movement, and their morale has been shattered by isolation.

9. In the United States there are cicadas, and the Australians have mice. Hordes of millions of rodents are killing everything in their path through New South Wales farmland – an unprecedented situation, says Associated Press…

10. A NASA helicopter flying to Mars made several pirouettes on its last flight. NASA tweeted that it had image problems in the last few meters of the flight, but the plane landed without damage and was ready to fly again.