The uncertain macroeconomic context that marks 2022 (war in Ukraine, inflation, energy crisis) has chilled investors. But French startups have shown themselves – still – resilient, to put it mildly, in the face of a crisis that has hit the United States, China, and some other European countries to the fullest extent.

French technology is doing well. It even managed to break a fundraising record of €13.7 billion in 2022 according to M&A consulting firm Avolta Partners’ barometer, up 11% from the previous year. The two largest funding rounds (€500 million each) were awarded to Doctolib and Ecovadis.

Thus, France returns to second place in Europe with 19% of total European investment, second only to England, which raised 21.6 billion euros in fundraising, although they nevertheless fell by 20%.

Seed and Series A funds account for 90% of transactions. “A valuation adjustment that began in the late stage segment in early 2022 is rolled out to the early stage from the end of the year. Estimation uncertainty contributes to a reduction in the number of deals, some companies prefer to postpone (when they have the opportunity) their roundtable rather than fix a fixed valuation or downgrading,” explains the Fundraising Barometer from In Extenso and ESSEC Business School.

For the first time since 2017, French buyers account for more than 50% of transactions in both volume and value. The Americans and the British, on the contrary, have positioned themselves much worse this year. 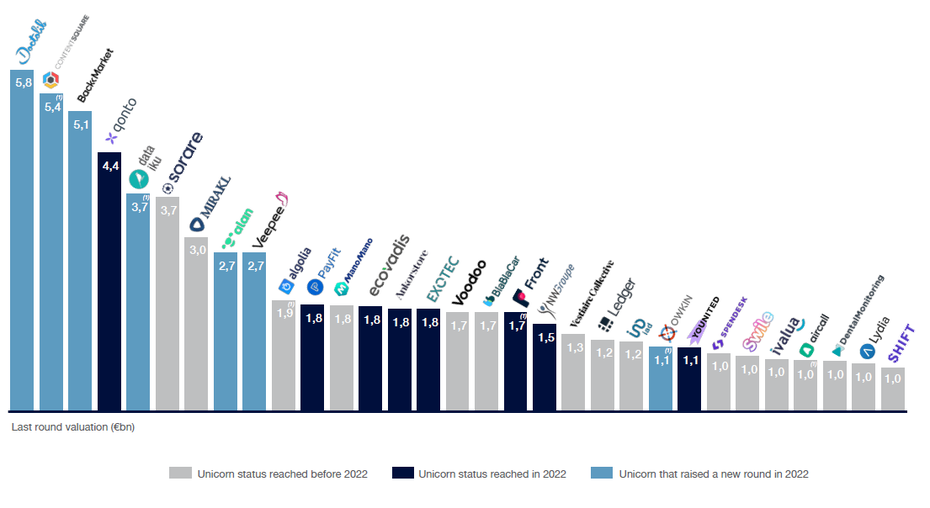 Investors are slowing down

But despite a decent year, the decline that began in Q3 2022 continued into Q4 with a total inflow of just €1.8bn.

The year has also been quite disappointing for French Tech in terms of releases, as they are back on their long-term trend of €5 billion in total annual operations value, with streaming platform Deezer the bulk of it.

“Investors now expect their assets to quickly reach profitability (…), which is starting to translate into early layoff plans, including in companies that have recently raised significant funds,” the report says.

After a period after the coronavirus, when investors were very dynamic and generous, raising exorbitant amounts of funds, it seems that this trend is commensurate. According to Maya Noel, managing director of France Digitale, “this period will allow French Tech to emerge from a period of hypergrowth, which was also very difficult for the operational staff. In particular, we meet with HR who, although they will certainly have a year full of problems, see the good side of things: to recruit 20 people instead of 200, it’s still growth, but allows you to work in a different way.

In addition, impact criteria such as companies’ ESG policies (eg the fact that they are part of a decarbonization trajectory) are becoming increasingly important to investors. “If I had to advise entrepreneurs in this context, my advice would be to work over a longer period of time (not fundraising every 18 months) and build profitability and impact trajectories,” Maya Noel continues. 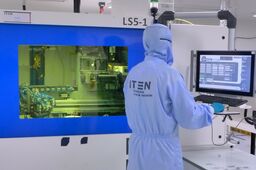