With most of the mega-cap results already released, next week’s reports will focus on retailers and their forecast for the crucial holiday season, amid accelerating prices and market disruptions.

Investors will also be on the lookout for updates on the current labor shortage and the impact of all this on sales and retail prices. After US consumer prices saw their biggest rise in three decades last month, economists forecast increased pressure.

The year-on-year rate for October was 6.2%, the highest since 1990, with price increases extending well beyond the parts of the economy hardest hit by shutdowns due to the pandemic. We have selected three stocks below that could be traded after the release of their quarterly figures next week:

Walmart was a net beneficiary during the pandemic as customers, staying home during closings, stocking up on groceries and consuming more staples on a daily basis. The Bentonville, Ark., Retailer, however, warned investors this year that it expects one and a profit for the year as consumers stop stocking their pantries, as they did during the pandemic.

According to the retail giant, earnings per share will decline slightly in the current fiscal year, and comparable sales in the United States will nonetheless remain in positive territory. Even though the impact of the pandemic is gradually diminishing, Walmart’s stock performance has not been impressive this year, rising just 2%, compared to a 25% increase in the index. since the beginning of. Walmart shares closed at $ 147.76 on Friday.

Home improvement giant Home Depot (NYSE :) will also release its third quarter 2021 results on Tuesday before the market opens. Analysts are expecting earnings of $ 3.41 a share on revenue of $ 34.89 billion. 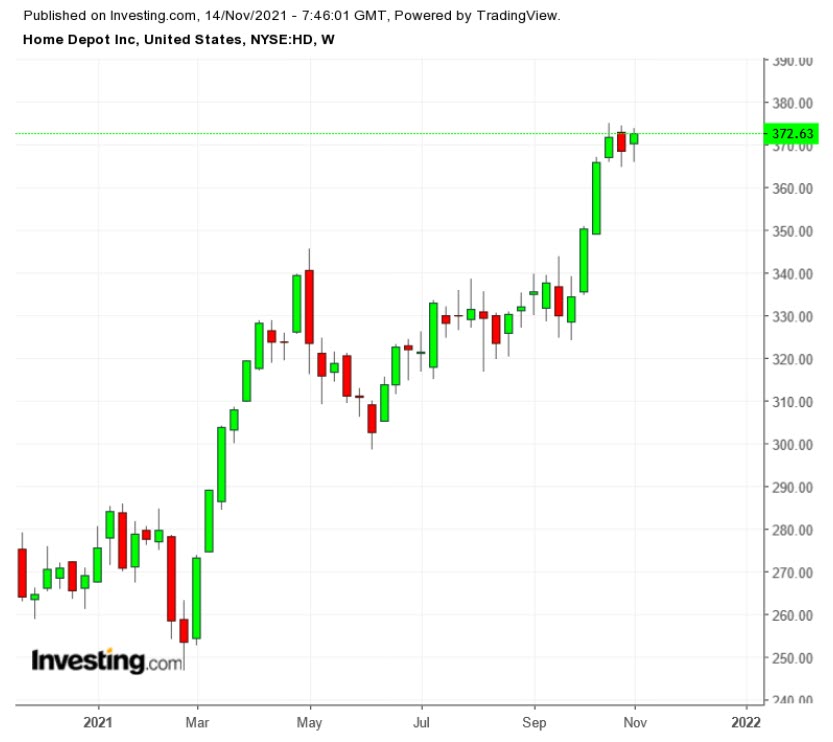 HD has been another beneficiary of pandemic retail, as consumers, trapped in their homes, have spent more money on home office renovations and installations. But that trend is reversing as the economy reopens and homeowners shift their spending from DIY projects to once-stagnant avenues like travel and non-home entertainment.

The Home Depot announced that same-store sales, a key retail metric, increased 4.5% during the period ending August 1, which is below the average of analyst estimates (5.6% ). Comparable store sales have grown more than 20% in the previous four quarters, signaling a historic expansion for the Atlanta-based retailer.

These uncertainties have slowed the upward trajectory of HD shares as investors feared slower momentum for the company in the future. The shares closed at $ 372.63 on Friday, after gaining 4% in the past three months.

Semiconductor giant NVIDIA Corporation (NASDAQ :) will release its third-quarter results on Wednesday, November 17 after the market close. Analysts expect the chipmaker to produce EPS of $ 1.11 on revenue of $ 6.82 billion. 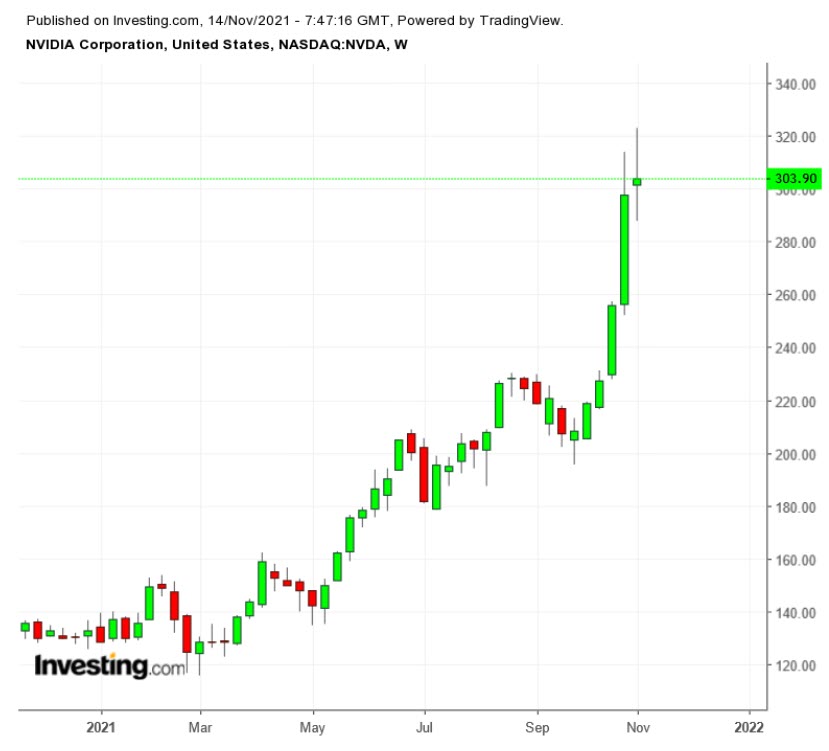 The Santa Clara, California-based chipmaker is the largest producer of graphics chips used in personal computers and games. In recent years, NVDA has successfully adapted its technology to the artificial intelligence market, creating an additional new, billion-dollar line of business.

Due to growing demand from these sectors, NVDA’s share price has more than doubled this year, vastly outperforming other market players. After this impressive rally, the company is expected to produce. The stock closed at $ 303.90 on Friday.