In a Beijing lab, a lab assistant in a pink lab coat grabs a sample taken from the respiratory tract, adds reagents, and puts it into a black-and-white device the size of a printer.

This machine called “Flash 20”, at a cost of 300,000 yuan (38,000 euros), detects the presence or not of the new coronavirus. It delivers its verdict in half an hour, which the tested person receives directly on their smartphone.

“It can be useful in hospitals for emergencies. For example when an injured person has to undergo an operation. We can quickly determine whether he is infected or not”, explains to AFP Sabrina Li, CEO and founder of the company Coyote.

A technician handles samples in a laboratory of the Chinese biotechnology company Coyote, before testing them in the Flash 20, a rapid screening machine for the new coronavirus, on September 27, 2020 in Beijing (AFP – GREG BAKER)

“It is currently the fastest machine in the world for PCR tests for the new coronavirus,” assures this 38-year-old ex-student in the United States, who founded this biotechnology company in 2009.

The Flash 20, which can test four samples simultaneously, is especially useful in an emergency.

In China, airports use it to screen passengers coming from abroad. And the health authorities have been using it for several months to carry out screenings in neighborhoods confined due to Covid.

The first country to have faced the new coronavirus, the Asian giant claims to have contained the epidemic through quarantines, the wearing of masks or the monitoring of contact cases via personal data.

But the virus is still actively circulating elsewhere in the world. The milestone of one million deaths has just been crossed.

Screening is one of the weapons to control the epidemic. Virological PCR tests are considered the most reliable, but the manipulations are complex and it often takes several hours to obtain a result.

Other methods are used.

President Donald Trump on Monday announced the distribution in the United States of 150 million “rapid” testing kits. Similar in appearance to pregnancy tests, they can deliver their verdict in 15 minutes.

Disadvantage: they are much less sensitive than PCR tests.

Coyote officials say the Flash 20 is not only fast but also reliable. 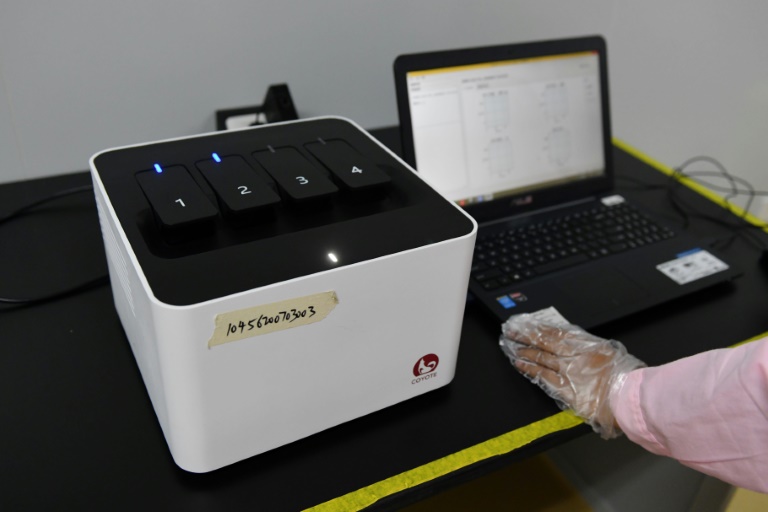 The Flash 20 (g), a machine designed by the Chinese biotechnology company Coyote, which performs rapid tests for the new coronavirus, September 27, 2020 in Beijing (AFP – GREG BAKER)

Between February and July, 500,000 validation tests were carried out by the Chinese authorities. Conclusion: The results (positive or negative) of the machine were 97% similar to those of conventional PCR tests.

In addition to the certification of China, the Flash 20 has obtained those of the European Union and Australia. Coyote hopes to win those from the United States (FDA) and the World Health Organization (WHO).

In addition, two machines are in the process of being validated in the United Kingdom. And the company says it is “in negotiations” with French buyers. 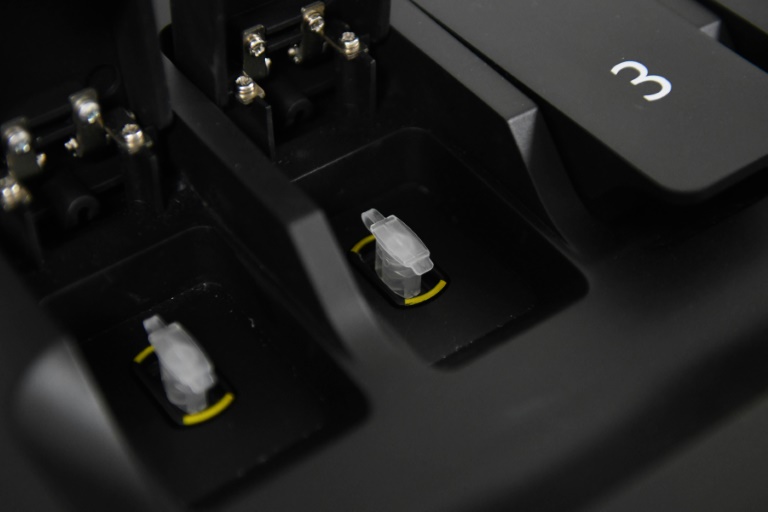 Samples inserted into the Flash 20, a machine designed by the Chinese biotechnology company Coyote to perform rapid tests for the new coronavirus, September 27, 2020 in Beijing (AFP – GREG BAKER)

But will developed countries be interested in a Chinese product?

“It is true that in terms of technological development, the West is much more advanced than Asia and in particular than China, concedes Zang Yuepeng, technical manager of Coyote responsible for the design of Flash 20.

But the SARS epidemic (2003-2004) was an electric shock in the country and led to a great “reorganization” of the sector, which has since made great progress in research and development, he underlines.

“This is why as soon as the outbreak (of Covid-19), we were able to design and very quickly put this product on the market,” notes Mr. Zang.

Advantage highlighted by the designers of Flash 20: easy to use, it can be used by anyone. And not only by specialized personnel – as in classic screening.

The only obstacle currently is production capacity. Coyote can only make 500 machines per month. However, it plans to double this figure by the end of 2020.

Covid-19: record of cases this weekend, “we have lost control of the epidemic”

Ericsson beats expectations in Q3 with 5G rollout in China

“Developing a quantum intuition is possible”

“Mineral”: Google reveals its new robot for the food industry

Covid-19: record of cases this weekend, “we have lost control of the epidemic”

Ericsson beats expectations in Q3 with 5G rollout in China

“Developing a quantum intuition is possible”

“Mineral”: Google reveals its new robot for the food industry