Want to play your favorite PC games on your TV? With such a huge library of games, using a Windows, macOS, or Linux computer as a quasi-gaming console makes sense. Especially since the controllers of your favorite game consoles are compatible with desktop operating systems.

But often there is a problem: your computer is in one room, and the TV is in another. It is inconvenient to run a long HDMI cable between two rooms. The solution is to stream games from your computer to your TV via your home network.

Here we will tell you about different methods to stream PC games to TV.

Stream from PC to TV in any room

You currently have four options for streaming video games from your desktop or laptop to your TV:

We have listed them in ascending order of effectiveness. So while using a Miracast dongle will allow you to stream PC games to your TV, it won’t be as responsive as Nvidia GameStream or remote Steam games.

1. Cast games to your TV with Miracast and Wireless HDMI

You will find several wireless HDMI systems available that are compatible with desktop operating systems. The HDMI wireless interface allows you to transfer audio and video signals between two devices, which makes it possible to use other technologies from this list.

Early HDMI wireless devices (such as those using Intel WiDi and AMD Wireless Display) have been superseded by Miracast. Miracast is a standard for wireless connections. With Windows support, you can stream games from your PC or laptop to your TV via a compatible dongle.

Some smart TV manufacturers also include Miracast support. So it’s entirely possible that you can stream games to your TV without spending money on a Miracast dongle. If you need a key, it’s usually available for less than $100.

2. Cast your PC game to your TV via Chromecast

If your computer and Google Chromecast are connected to the same network, you can cast your desktop to your TV. Everything running on your computer, including games, can be streamed to your TV.

You need to be using Google Chrome on PC for this to work. You must be signed in with the same account that is associated with the Chromecast device. To do this :

The advantage of this method is that it works on any system using Google Chrome. However, it is not without its shortcomings.

Even though this method effortlessly streams games from PC to TV, the lag is terrible. Even when streaming a mouse-controlled strategy game over a 5GHz wireless network to an Ethernet-connected Chromecast Ultra, there is noticeable lag.

Also keep in mind that Chrome itself uses a lot of RAM, so it’s not recommended to open it while playing games, especially if you have a weak computer. So the Chromecast is great for viewers, but less efficient for gamers.

3. Use Steam Link to stream PC games to your TV.

Steam Link is a product of the widely popular game distribution platform Steam, and you can use it to stream PC games to your TV or other compatible devices.

Every game in the Steam Library can be streamed using the Steam Link, creating your own virtual game console. So, follow these steps to start using Steam Link: 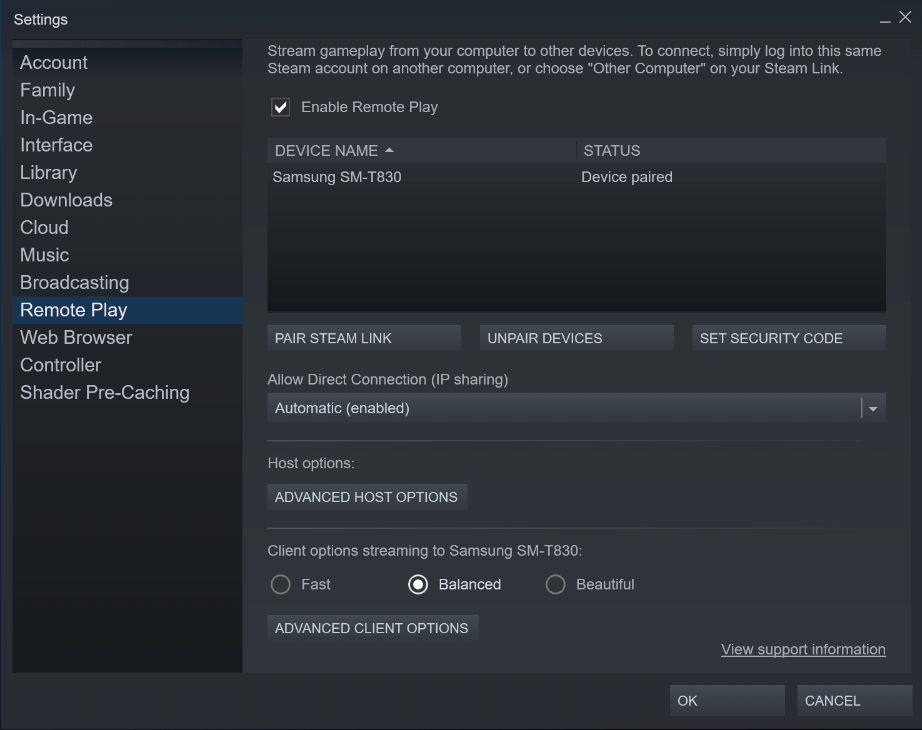 At this point, you’re ready to connect your Steam Link enabled device to the Steam desktop app. But what device are you going to use? This is where things get complicated.

If you happen to have a compatible Samsung or Sony Smart TV, you can download the Steam Link app and use it to stream PC games to your TV. In addition, NVIDIA Shield TV owners can stream PC games via Steam Link. However, now that NVIDIA GameStream no longer exists, this is their best bet.

But what if you don’t have these devices? Well, you can use an affordable Raspberry Pi to stream PC games. For less than $50, you can buy a single board computer that can be connected to your TV as a dedicated Steam Link box.

The alternative is the Steam Link window. However, since these devices have been discontinued, they are rare and incredibly expensive.

Whatever device you are using, once it is set up and ready, you will need to connect the Steam Link device to your PC. To do this : 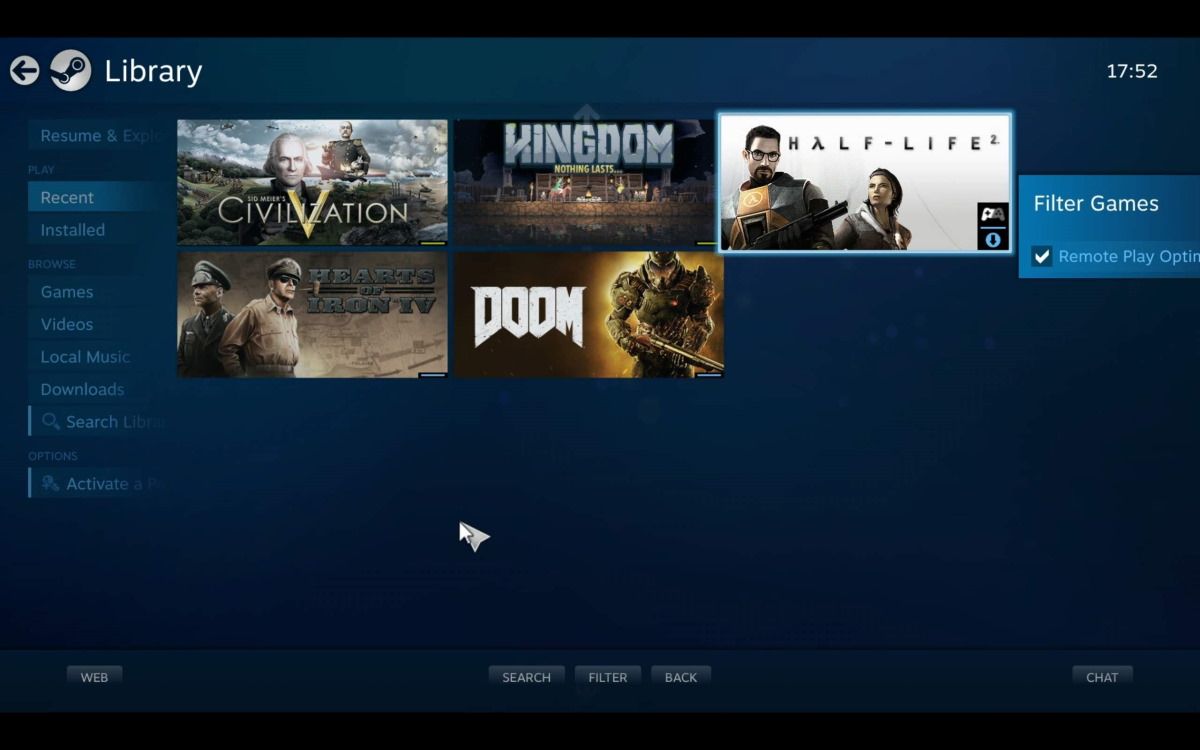 4. Use Steam Remote Play on your TV.

Do you want to know how to play Steam games on TV without additional hardware?

With Steam on PC, you can stream your PC games to your Smart TV or any other device using your Apple TV or Android TV.

Some smart TV manufacturers like Sony and Samsung offer Steam Link among the apps. You can use Apple TV or Android TV boxes if your TV doesn’t natively support Steam Link. And if that’s out of your budget, you can build an Android TV box with a Raspberry Pi.

Whichever method you use, start by following the steps in the previous section to set up Steam for streaming. After that install Steam Link on your Smart TV, Apple TV or Android TV.

Now you know how to stream Steam games and play them on your TV. With the gamepad connected to your PC via Bluetooth, it’s time to have some fun.

What is the best way to stream PC games to TV?

While you have several options for streaming PC games to your TV, we think Steam is the most convenient way. This method is best if you’re on a budget and have a Smart TV, Apple TV, or Android TV set-top box.

However, if you’d rather have full control over your hardware, building a Steam Link box with a Raspberry Pi would be a better option.

While Miracast and Chromecast dongles are good for viewers, they are not suitable for actual gaming due to the latency they cause. Also, you cannot reliably stream Steam games to your TV using these devices.