A spin-off of the Predator franchise, Prey attempts to tell us about the franchise’s origins through an untold story. The action takes place 300 years ago. Naru, a young Comanche warrior, fights against a terrible predator that has come to Earth to prove his incredible fighting skills.

Because this is the new film from Dan Trachtenberg, the director of the excellent film 10 Cloverfield Lane. Because the movie managed to get a higher average rating than any other movie in the franchise on almost every review platform. It also has a good 7.1/10 rating on IMDB. Finally, because, despite the looks, this is a real blockbuster and fast-paced action movie, perfect to keep you busy for the evening. Based on a true story, Thirteen Lives follows the struggle of a handful of divers who do everything to save the lives of 13 Thai students trapped in a flooded cave.

Because this is the new film from Ron Howard, the director of Apollo 13 and The Da Vinci Code, a big-budget film that features a lavish cast including Viggo Mortensen and Colin Farrell as headliners. Because the film received a very positive response from the press and has a good rating of 7.8/10 on IMDB. Because “Thirteen Lives” is above all a touching story with actors in their roles and extremely tense rescue sequences.

House of the Dragon Season 1 (BeTV) A Game of Thrones spin-off, House of the Dragon is a new series of events from HBO. The action takes place 182 years before the birth of Daenerys Targaryen. At a time when the kingdoms of Westeros are still united under a single banner and ruled by the Targaryens and their terrifying dragons.

Because it’s this summer’s series of events, a big-budget series that doesn’t hesitate to be ambitious and that follows in the footsteps of Game of Thrones by daring to develop its own cast, its own rhythm and its own style. At the end of the first episodes, we already feel involved in a plot that promises to be exciting. Far more action-packed than Game of Thrones from its first episode, House of the Dragon is sure to be the show that will blow your mind this fall. 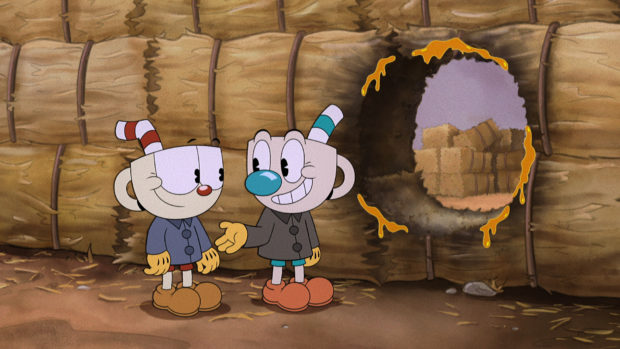 Adapted as a television series from Cuphead, The Cuphead Show is an animated series inspired by 1930s cartoons that follows the misadventures of Mugman and Cuphead, two brothers who find themselves facing the devil personally.

If you missed the show’s first season, here’s a good reason to try the opening. The second season of Cuphead is available now on Netflix. Visually, the show strikes with an absolutely gorgeous cartoonish style. Episodes are very short – about ten minutes – and follow one after another at a frantic pace. True to the video game, this adaptation will be a real treat for animation lovers. Be careful. Despite the appearance, Cuphead is not intended for a young audience, but for a mature audience. This is evidenced by his sometimes “borderline” humor.

Sentenced to ten years in a maximum security prison for drug trafficking, the FBI offers Jimmy Keane a golden deal. Keane must get the confession of Larry Hall, a serial killer suspected of killing 18 young women, by becoming his friend. In return, he will be released.

This August, Apple hit hard with its new Black Bird series, a thrilling series from start to finish that received an average rating of 8.2/10 on IMDB. “Black Bird” consists of only six episodes, in which the tension only gradually builds up. The story focuses on the relationship between Jimmy Keane and Larry Hall, two characters with strong personalities who blew the screen. Captivating from start to finish, the plot is supported by excellent writing by Dennis Lehane. This is also the last appearance of actor Ray Liotta, who died while filming the show. If you like detective series and psychology, this series is not to be missed this summer.