If Mass Effect is going to qualify for a series on Amazon Prime, it’s time to highlight other video game space operas that deserve an adaptation.

While Netflix has increasingly turned to serial adaptations of big names in video games (as our Arcane review can attest), Amazon Prime Video is reported to have pulled the checkbook first for one of the best sci-fi sagas in the world. tenth art: Mass Effect.

If adapting the adventures of Commander Shepard and his crew doesn’t seem like an easy task, it makes sense for such a franchise to be completed and return to its own cinematic inspirations, namely Star Wars and Star Trek.

However, Mass Effect is far from the only great space opera in video games, and that is why we have precisely selected five titles that would well deserve to go through the big or small screen box.

Let’s start with the obvious. Before creating the Mass Effect universe, the BioWare studio was able to make a magnificent prototype through George Lucas’s cult universe. Today considered one of the best games based on Star Wars, Knights of the Old Republic is an RPG that immerses us 4,000 years before the arrival of the Empire. This departure from the film saga allowed him to dare with everything, both in terms of designs and narrative elements.

Thus, KOTOR has established itself over time as one of the most inventive parts of the Star Wars lore, especially as it relates to the spirituality of the Force and the dangerousness of the Dark Side. If fans have been asking Lucasfilm for an adaptation, some rumors are hoping for the best. In any case, be it a faithful transcription of the events of the game, or simply a new creation in its packed universe, we can only be delighted. And please ask Keanu Reeves to play the mythical Darth Revan! 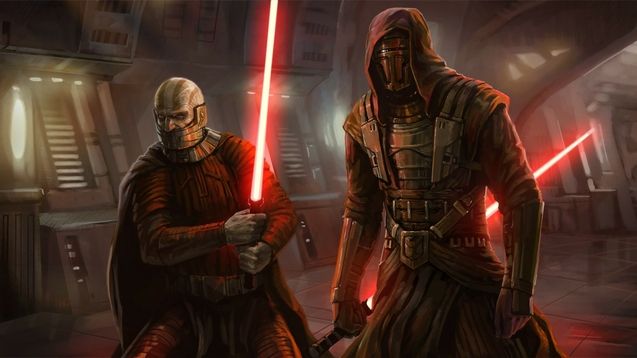 If Warcraft had the right to a film adaptation, we really don’t see why its sci-fi counterpart would be deprived of it. A pioneer of real-time strategy games, StarCraft is best known today for its incredible richness of gameplay, perfectly tamed by professional gamers capable of thinking faster than a computer.

But wouldn’t a movie or series about the war between Terrans, Zergs and Protoss be an opportunity to go back to the basics of the franchise and its universe with much less pretext than it seems? We even dare to say that with its three distinct races, its personal ideologies, and its quest for survival, an extended story in StarCraft could make for an exciting adaptation, pulling its viewer between various fields, as in the heyday of Game of Thrones. 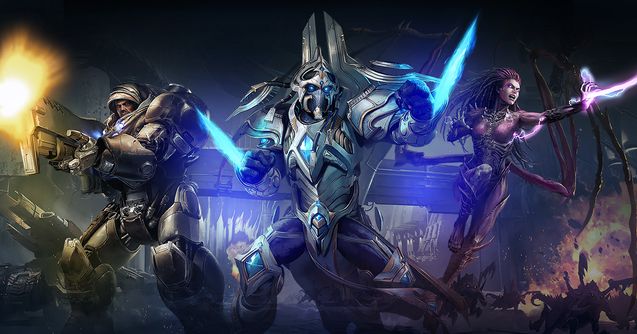 The Art of War

In 2014, a breach by an Eve Online player sparked a war for control of a system. This grand event, now dubbed the “Bloodbath,” drew nearly 7,500 people into an epic battle between spaceships, all over 21 hours.

Completely unforeseen, this major game page showed how Eve Online upset the MMORPG with its sandbox dimension. A priori, it may seem difficult to adapt such data, but it would be fascinating if a movie or a series did justice to the complexity of a universe made up entirely of the players, from their businesses to their politics and their plots.

With its 7,800 visitable planetary systems, Eve Online has no shortage of options for a good setting. But wouldn’t it be fascinating to see a work of fiction written around events shaped by your community? After all, MMO players have brought it back with The Massacre on M2-XFE, two melee battles in late 2020 and early 2021, this time bringing together an even more massive fleet of 13,000 players. 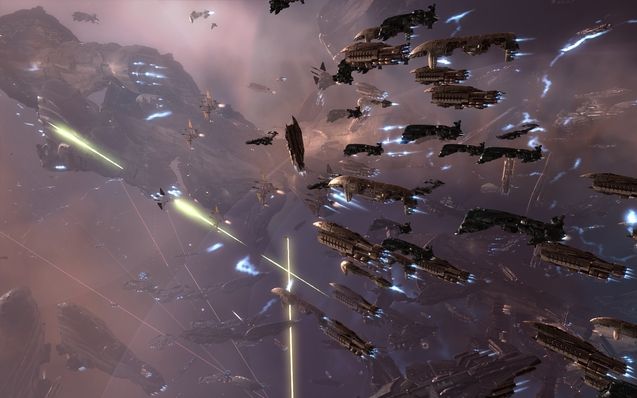 I think ships are missing …

If it is undeniable that it is a niche game despite its success, Warframe has never ceased to fascinate its fans. It must be said that his free-to-play dimension and nervous game have certainly helped. Players take on the role of Tenno, humans with powers and fighting in futuristic armor in a solar system divided between various factions. From a race of clones to a wealthy corporation, including those infected with a mysterious virus, there is something for everyone, just to offer an entire universe exciting enough that you want to stay there.

But what fascinates first of all with Warframe is the mobility of our avatar, using all the resources at its disposal to overcome waves of increasingly numerous enemies. Suffice it to say that with a good filmmaker at the helm, an adaptation could make for a great ultra-stylized action movie. 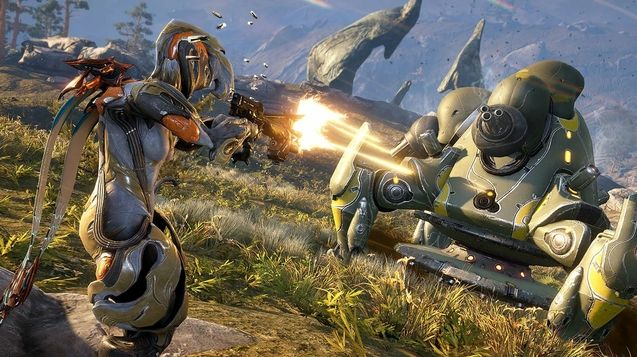 Weapons and weapons with style … what do people ask for?

If the Star Fox saga began on Super Nintendo with Star Wing, it is with its sequel, Lylat Wars, that the adventures of Fox McCloud have become one of the classics of the Japanese firm. This Nintendo 64 staple not only offered a cult spaceship rail shooter, but it also opened up some areas for the delight of budding pilots. 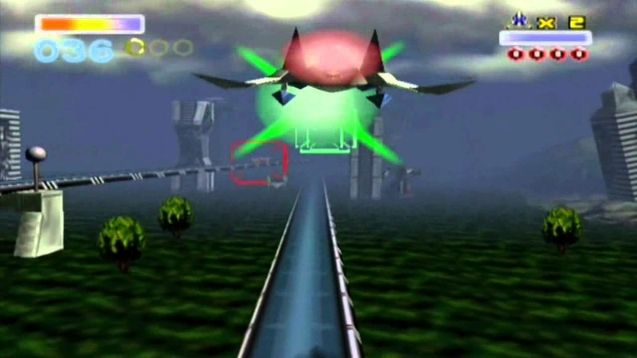 A bit of graphics polish would not be rejected

Also, despite its cute looks and animal-headed characters, Lylat Wars is not without a developed plot, so it might be interesting to dig deeper through an animated movie. Since Nintendo is working on a feature film dedicated to Mario, we hope that Star Fox will be on their list of projects to consider if it is successful.