Hub Entertainment Research publishes the results of its “Decoding the Default” study conducted in August 2020 among 1,600 American Internet consumers, aged 16 to 74, who watch television at least one hour per week and who answered that question : “Which providers and platforms do consumers turn to first when they want to watch TV?”

This study is part of the extension of the confinement which has helped to modify the audiovisual behavior of American viewers. Peter Fondulas, director of Hub Entertainment Research and co-author of the study explains: “We have seen a significant increase in subscriptions to streaming TV services since the start of the pandemic in March of this year. But what is perhaps more significant than the mere increase in online subscriptions is the profound change. consumer behavior in general. Instead of using the cable remote control first when it comes to watching television, more and more consumers are defining television viewing first. The question of whether this change will persist after the pandemic crisis has passed is, of course, the billion dollar question. “.

According to Hub Entertainment Research, nearly two-thirds of television consumers have both a traditional pay-TV subscription and a subscription to at least one streaming service: now the two worlds coexist and complement each other. But a day is only 24 hours and the emergence of streaming imposes trade-offs. 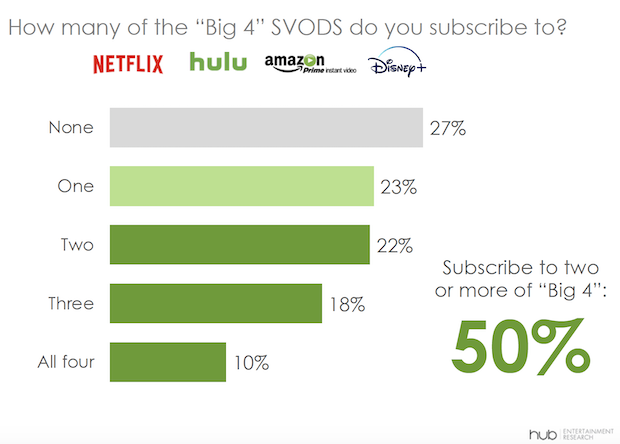 This study makes it possible to highlight the salient points of the behavior of American television viewers:

– 50% say that an online service is the first source they use when they turn on their TV, up from 47% last year.

– 42% say their first choice is to watch TV from a traditional set-top box (live TV, DVR or video on demand), compared to 47% last year.

– The differential corresponds to viewing live channels from an antenna. 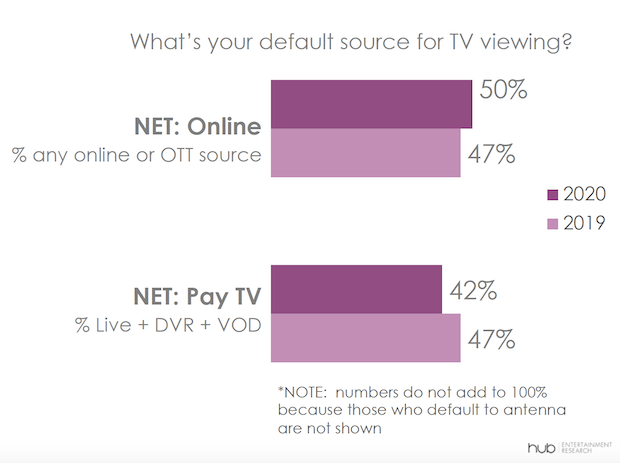 According to Hub Research, Netflix is ​​almost as much the home base for consumers as all TV channels accessible through pay TV. For the record, in 2016, Live TV via a pay TV service was three times more likely than Netflix to be the primary default TV source. At the end of August 2020, Netflix was only 7 points behind live viewing. 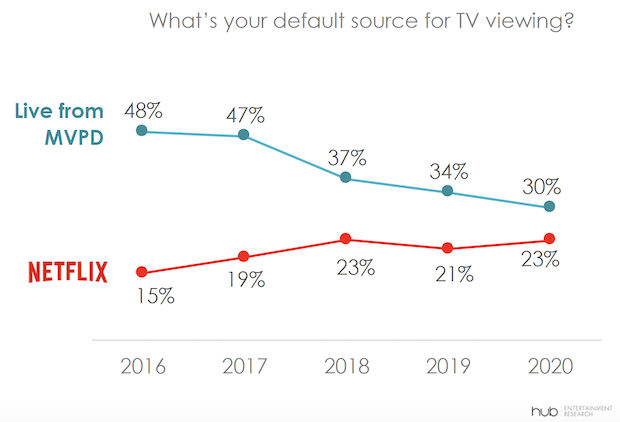 And among the top Live TV enthusiasts (aged 55 and over), the proportion of those who don’t watch live TV has declined significantly since last year.

The drop among those 55 and over is also 7 points: less than half of them say that Live TV is their main source of connection. 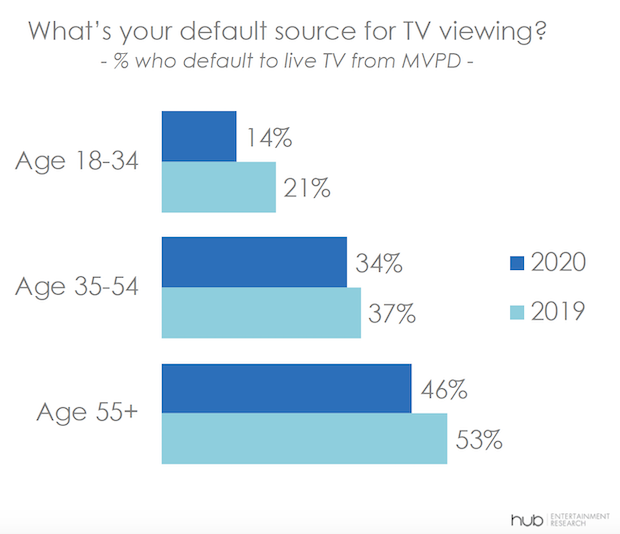 4 °. The choice of the default option (Live TV or streaming platform) is mainly determined by two factors: the content and the ease of discovering the programs.

– The main reason for choosing a default source is that it allows you to access your favorite shows. But a more general consideration of content is also a determining factor: a wide variety of programs and movies to choose from.

– The simplicity of the interface is also a determining factor by default: in particular, the service makes it easy to find something to watch. 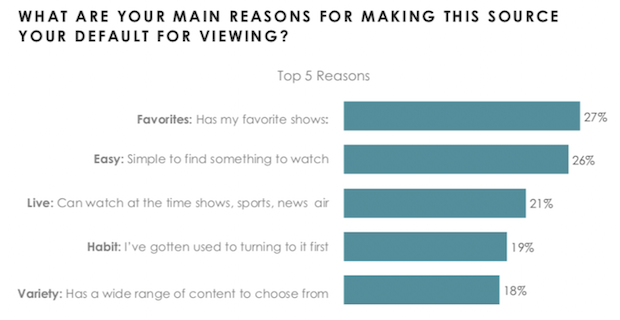 5 °. The Importance of Default Service: When consumers decide it’s time to cut back on TV services, they’re much more likely to stick with their default TV service. 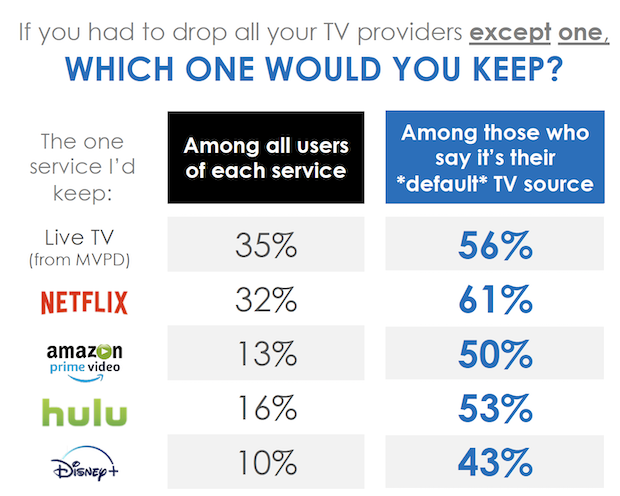 Live TV remains the basic service of first necessity for the people questioned (35%), slightly ahead of Netflix.

But when Netflix is ​​the default service, it wins over all other services (61%).

Data breach at Bonobos hits 7 million customers: What to do

Beeper app lets you use iMessage on Android and Windows –

PS5 restock disaster: Newegg lottery could be the answer

UFC 257 live stream: How to watch McGregor vs Poirier 2 online

With Dunk & Egg, a second Game of Thrones prequel is on track – CNET

Roomba vs. Shark: Which robot vacuum is best for pet hair?

Data breach at Bonobos hits 7 million customers: What to do

Beeper app lets you use iMessage on Android and Windows –

PS5 restock disaster: Newegg lottery could be the answer

UFC 257 live stream: How to watch McGregor vs Poirier 2 online

With Dunk & Egg, a second Game of Thrones prequel is on track – CNET

Roomba vs. Shark: Which robot vacuum is best for pet hair?