The arrival of Final Fantasy 7 Remake to PC through theEpic Games Store It had been known for some time, and its arrival on December 16 was formalized during the ceremony of The Game Awards 2021. The bad surprise that awaits players soon in the store is a price of 80 euros for the basic version of the game, d ‘after the data taken from your site.

This makes Square Enix the first publisher to dare to use this price for the basic version of a PC game, with normal prices being more than 50 to 60 euros for a great title. However, this is not too surprising, as on consoles, games generally sell for 10 euros more (60 to 70 euros), the switch to the PS5 and Xbox Series generation has cemented the base price at 70 euros in many cases, as with Demon’s. Souls for example. If we add the luxury versions, which are around 20 euros, the bill rises to 90 euros.

We can try to explain the thing by pointing out the presence of the Intergrade extension of Final Fantasy 7 Remake, and that the set is sold at this price also on PS5. But it doesn’t end there.

Square Enix’s upcoming open-world RPG Forspoken just arrived for pre-order at Steam. Here it is not necessary to extract data, the price is openly shown at € 79.99 for the basic edition and € 104.99 for the Digital Deluxe edition, itchy. The Deluxe Edition includes the art book, soundtrack, and a downloadable prequel in Early Access in late 2022.

The question of game prices has been coming back to the table for years and has divided publishers and players alike. As the price of game development continues to rise, some publishers prefer to avoid passing it on to price. Instead, they prefer to try to reach a wider audience or use other monetization methods, such as Game Pass.

On the other hand, significant savings are achieved with the disappearance of physical versions on PC, and the commissions charged by online platforms, Epic in particular, are lower than those of manufacturers on consoles. Items Square Enix obviously prefers to ignore when aligning prices.

In the end, as with many things, it is the players who will vote with their money. Nothing forces them to buy these games, especially not right away. The sheer number of games distributed for free and the huge regular Steam sales that get you AAA released a few years ago at 10 euros (like Cyberpunk 2077) shows that a little patience rewards players who don’t have the means, or the desire to buy. games at this price. It is possible that Square Enix will regress in the future, if the price increase is considered to have too much impact on the sales figures. But this is something that probably cannot be measured quickly or easily.

At the same time, key sales sites, as well as competition between different online stores, also help lower prices, something conspicuously absent on consoles. For the record, Nintendo is also the most inflexible in this area, take the example of the basic edition of The Legend of Zelda: Breath of the Wild, which still retails for 70 euros in the market. Nintendo eShop, for one launched in 2017, and their promotions are only about -5%. Ironically, a physical version that you can later resell can easily be found for a lower price. Hopefully, the future is not what awaits us on PC as well.

From Software’s new open world game was featured at The Game Awards 2021, with a new video detailing the mythology and events that led up to our journey to the Underground. 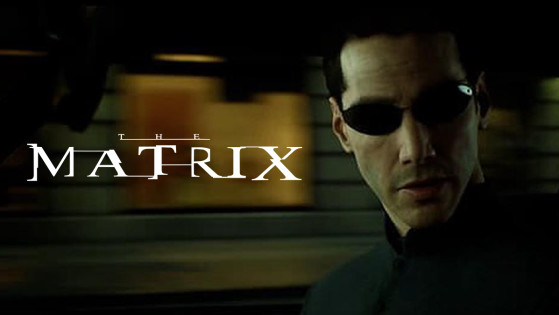 It was perhaps the most shocking reveal of the 2021 Game Awards finally: Matrix Awakens’ Unreal Engine 5 tech demo put more than one on her little butt cheeks. In this article, we give you a tutorial on vostfr on PS5 and explain everything there is to know about it.