For the first time, genetic technology has corroborated a relationship between a historical figure and a living descendant, in this case between the famous Native American chief Sitting Bull and a man who claimed to be his great-grandson.

The discovery was made possible thanks to a new technique that makes it possible to obtain genetic information from a small or even fragmented sample of ancient DNA. The technique was developed by a team of scientists led by Professor Eske Willerslev of the University of Cambridge in the UK and the Lundbeck Foundation Center for Geogenetics in Denmark.

Their results were published Wednesday in the journal Science Advances.

Previous studies, based on old genetic samples, had attempted to find matches using sexual genetic markers, which are notably found on the Y chromosome.

Ernie LaPointe, 73, claims to be a descendant of Sitting Bull on the maternal side, Professor Willerslev told AFP, preventing the use of these techniques.

With his fellow researchers, Professor Willerslev, on the other hand, found a way to search for “autosomal” DNA – that is, without sexually tagging.

Therefore, they located a small amount of autosomal DNA in a Sitting Bull hair sample before developing a computational method to compare it to Ernie LaPointe’s DNA.

“Based on this, we can estimate the relationship with Sitting Bull,” said Professor Willerslev, adding: “We are 100% certain” that Ernie LaPointe is Sitting’s great-grandson. Bull.

“Over the years, many people have tried to question the relationship that my sisters and I have with Sitting Bull,” Ernie LaPointe said in a Cambridge University news release.

According to him, the remains of Sitting Bull are currently in Mobridge in South Dakota, a state that is still home to a large Native American population, in a location that has no resonance with Chief Lakota’s history and the culture he represented. .

Ernie LaPointe thus sought to establish a genetic link to help him obtain the right to exhume his ancestor and transport his remains to a more suitable place. 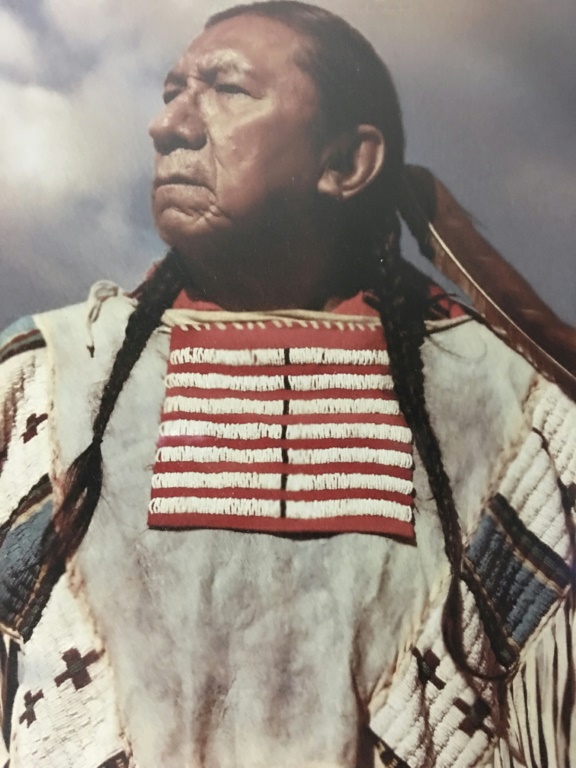 In 1876, he led 1,500 Lakota warriors to the famous Battle of Little Big Horn, where they crushed General Custer’s American troops.

Almost 10 years ago, Professor Willerslev learned of Ernie LaPointe’s search for the truth and offered his services.

A hair mat belonging to Sitting Bull and taken after his death had been returned by a museum in Washington to Ernie LaPointe in 2007, but before passing it on to Professor Willerslev, he wanted to know if the scientists’ intentions were pure.

Ernie LaPointe asked Eske Willerslev to participate in a ceremony that included a healer (healer role among Native American tribes), percussion, and songs in a darkened room.

“A blue-green light appeared in the middle of the room, and I am a scientist by nature, so I thought, + well, it’s the healer running with a lamp, + but when I stretched my arms in the dark, there was no one”, said the professor.

Eske Willerslev and his hosts then smoked a Lakota pipe and ate buffalo meat before Ernie LaPointe informed him that the mysterious light was none other than the spirit of Sitting Bull, giving his blessing to the study.

Ernie LaPointe, however, only passed an inch of Sitting Bull’s mat, which was over a foot long, and then incinerated the rest, as instructed by his ancestor’s spirit.

“It’s a disaster,” thought Professor Willerslev at the time, considering that he would not have enough DNA left.

But circumstances forced him and his team to develop an innovative method over the next 10 years.

The same method can now be used to investigate connections to other historical figures, from the bandit Jesse James, to the Russian imperial family … if ancient DNA samples are available.