The impact of the health crisis, the first results of which are measured after a year and not just the predictions or incantations for the “next world”, could let us believe in an almighty and unified Internet. After all, the GAFAs, which operate this network globally, have announced record double-digit growth in 2020, like Amazon with the record of + 38% in one year.

There are those who use the internet as a global network in their production process, like Amazon or Apple, and those who benefit from the increase in its uses in communication and video by promoting this traffic through advertising, such as Google and Facebook. The latter two do so against the grain of an advertising industry which has fallen by more than 10%. 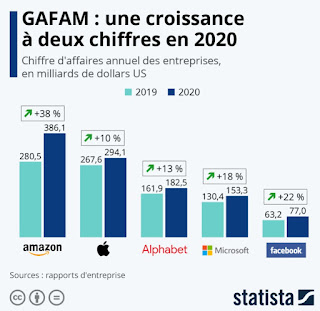 In companies, digital transformation is accelerating. It also relies on the Internet as an application platform to reconnect with its customers, reconfigure internal processes to serve them and more simply deploy a digital office to employees, whether they are on site on the road or teleworking.

But for GreenSI this acceleration in response to the crisis is not necessarily the future of the Internet as we know it. Multiple forces are at work to transform and fragment it. The script of the excellent film by Ready Player One of Steven spielberg, which makes it a unique global virtual gaming platform is therefore unlikely 😉

Already it is probable that the American generals in charge of the prospective, are working on a scenario of collapse ofan Internet that has become the Achilles heel of globalization, which would deprive the United States of market and would have major repercussions in the disorganization of most of the countries of the planet. Geopolitics has become the Carabosse fairy which now watches over the cradle of the Internet.

The news of the week showed us, with the coup d’etat in Burma (.mm) against her leader Aung San Suu Kyi, that the putschist generals could drastically censor the Internet by cutting off access to the network for the Burmese. It is less subtle than the surgical censorship that exists in China, which, while leaving access, can delete content or block it at the entrance.

It is then the telecom operators who are ordered to cut off access, in this case Norwegian Telenor, a private company, which is the main operator in Burma. The first actions during the putsch related only to the shutdown of social networks. But with the protest that sets in, the approach has become more radical and has of course also impacted local and international companies that have agencies in Burma, whose business is based on the public Internet. Ironically the Telenor Myanmar site is no longer accessible at the time of writing 😉

By crossing geopolitical transformation with the power of operators, it is a safe bet that telecom operators will in the future be increasingly controlled, as historically banks for their influence on the monetary system, and even in democracies. .

Exposure to the shutdown of the Internet, whether it is a technical or political problem, therefore becomes a risk to be valued and kept on the radar in the military staffs but also in companies. Burma is just the last state to have implemented it after Belarus, Iran or Syria for example.

TheInternet Society has been warning for several years about this renouncing of a universally accessible, open, decentralized network that promotes the transmission of knowledge, to deal with short-term societal problems. This is what she calls the “splinternet” contraction of “split” and “internet” and has put online a kit to defend “the Internet way of networking”.

But the cut is not the only risk. We also see appearing in many fields of other fragmentations.

They will have repercussions on its model, as the Internet Society denounces, but will also reduce the size of the groups of Internet users with whom we can interact. The 4.6 billion people connected on the planet (out of 7.8 or 58.7%) are less and less citizens of the same Internet. An image is that of an Internet which evolves like Pangea, this supercontinent which brought together on Earth all the emerged parts, which then fragmented to give shape to the continents as we see them today on our cards. 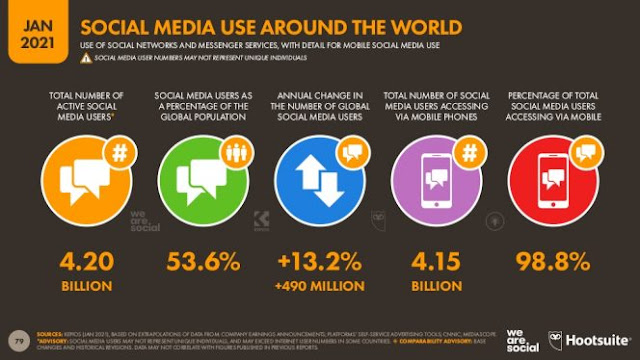 A note GreenSI of 2019 (5G, towards a fragmented Internet) had already shown that the development of the Internet will not be as uniform as it has been over the past 25 years. The technological war between China and the United States having been there. Whether it is the boycott of Huawei, the ban imposed on it to use certain American technologies, or more recently the takeover by the Chinese Communist Party of entrepreneurial companies such as Ali Baba (Jack Ma its founder not having appeared publicly since October) or the end of the IPO of Ant Group, the parent company of the Chinese payment system AliPay, which claims 700 million monthly users.

The connection between the CCP and the platforms will certainly become much stronger than the one between the GAFA and the NSA which was already disturbing.

The events during the exit from the White House of Donald trump is also seen as the continuation of a federal takeover of American social media. The best sign that measures this phenomenon is the emergence – in reaction – of “private networks” such as Discord or Telegram that allow you to create private chats and channels, by invitation only, focused on smaller communities. This privatization, paradoxically, fragments debates in the name of democracy, after the failure to be able to bring it to life on open platforms (with a few rare exceptions such as Wikipedia).

The specialization of uses is also in the making.

5G will boost the arrival of a more local Internet with the Edge and exchanges between machines. The rules of this emerging internet will certainly not be modeled on the one we know. It will therefore be complementary to the current Cloud and social media dominated by the Americans. 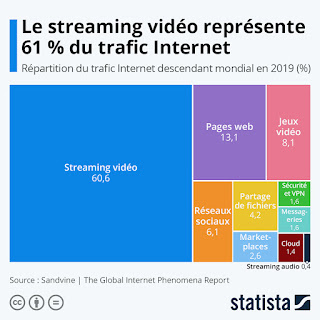 In a way, streaming and video, which accounts for 60% of the volume, is another specialization of the Internet that puts users in a closed and private environment.

Another specialization to come, cybersecurity needs and the violence of recent attacks definitively shut the door to a public internet shared by businesses. The Dark web, not accessible by standard browsers, and where the means and keys to attack the visible Web are exchanged, is also in a certain way a specialization of uses and another fragmentation.

The first 2021 post also highlighted regulatory fragmentation, since the Internet is becoming politicized and its rules are no longer only those of its global technical standards, but rather the choices of local society. This is where Europeans appear with the GDPR and the Digital Act, failing to be sufficiently present on the geostrategy for lack of a single army.

Facebook increases its revenues as a company consolidating several products, but the use of the historic site Facebook in France stagnates (10th country in the World for Facebook) and has not pulled as much growth this last year with several lockdowns, as its competitors. It’s even worse than that because, according to a study Harris Interactive, over 15-24 year-olds this use fell by 15%.

This is certainly the sign of a shift towards other types of online exchanges than the advertising platform using personal data to which we were accustomed. This shift, leading to the emergence of new and growing players, will suffer from the fragmentation of the Internet that Facebook had not known during its development.

Starting from common standards, the Internet has developed as a single digital continent, quickly dominated by the Americans in both physical infrastructure and applications to impose their uses. But whether in uses, technologies or geopolitics, the fragmentation of the Internet has started.

It is likely that in 10 years several digital continents will have separated, and paradoxically will have demonstrated that globalization had a limit within the very network that accelerated it. Will all Internet users on the planet then be able to freely move from one Internet to another? For GreenSI it’s unlikely.

The expansion of the SVOD offer appeals to consumers

The transfer of data to the United States remains problematic, according to the Irish CNIL

Free or not free images: a review

Health data leak: the authorities are getting involved

The expansion of the SVOD offer appeals to consumers

The transfer of data to the United States remains problematic, according to the Irish CNIL

Free or not free images: a review

Health data leak: the authorities are getting involved