Apple’s application tracking transparency tool, App Tracking Transparency (ATT), which allows users to decide whether they want their data to be tracked, has started rolling out as part of iOS 14.5 last month.

This feature requires publishers of mobile apps running on iOS to obtain user permission before collecting user data on apps or websites for advertising purposes. When users ask them not to track their data, apps should also refrain from sharing information with data brokers. When given a choice, many users refuse to allow apps to collect tracking data. According to a report by Flurry Analytics, owned by Verizon Media, only 13% of iOS users worldwide have allowed apps to track as early as the second week after activating the feature.

It’s a safe bet that the targeting ad industry is going to be sneering at it for some time to come.

Something to worry about the players in the online advertising sector. Because it is in the most mature markets that consent is exercised the least. Only about 5% of daily users in the United States allowed tracking in the second week of the tool’s release. On the first day of ATT implementation, the consent rate was 11%. With a gain of two points in two weeks, it is a safe bet that the targeting advertising industry will have a grin for some time to come.

Facebook, as such, has been trying for a few days to convince its users to accept advertising tracking, under the threat of no longer offering its service for free. 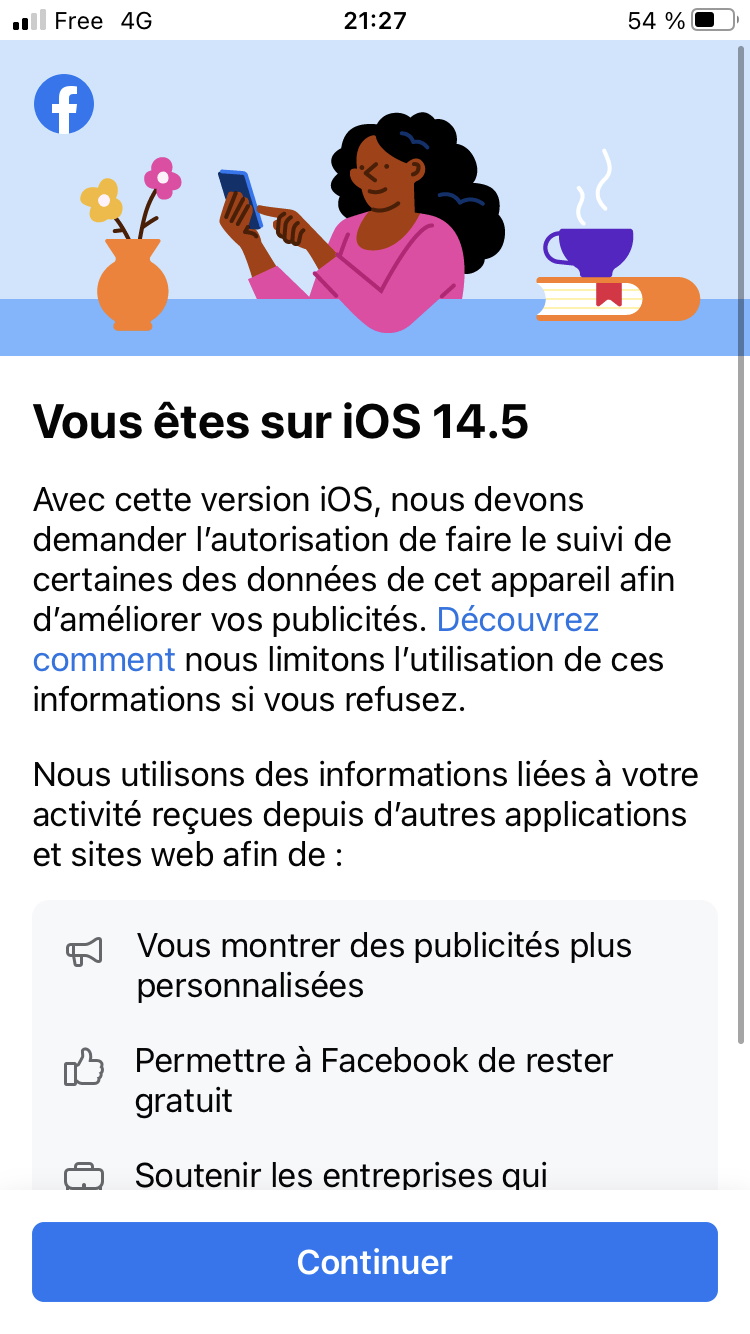 If users select “Ask app not to use my activities”, the app developer will not have access to the device’s advertising identifier, which is often used to collect advertising data; and apps that continue to track users who choose not to run the risk of being kicked out of the App Store altogether.

The report also reveals that about 5% of iOS users benefit from Apple’s “restricted” app tracking, which means apps can’t ask those users to be tracked. This figure is 3% in the United States.