In the remote Wardak Mountains of central Afghanistan, in the small clinic in the village of Daymirdad, the Taliban’s ultra-conservative rules on single sex have their exceptions, when it comes to life-threatening and health emergencies.

Working together or being examined by the opposite sex, “when it is necessary or urgent, the sharia allows it,” Mohammad, the Taliban official in charge of health in this district, a stronghold of the Islamist movement for more than 25 years, told AFP.

Accessible only by endless dirt roads that skirt almost deserted mountains, the Tangi Saidan Clinic is staffed with five caregivers out of 18 medical staff: a nurse, a vaccinator, two midwives and a nutrition advisor.

In this remote district, it is the only clinic equipped for minor surgeries.

A midwife and a dietician weigh a baby at the Tangi Saidan clinic on October 6, 2021 in Afghanistan (AFP – Elise BLANCHARD)

He does not have a doctor and that is why it is Sharif Shah, the surgeon, who performs the cesarean sections, never alone with the patient and always in the presence of a caregiver or family member.

“We have to operate here, otherwise the women will die because they won’t get to Kabul in time,” says Dr. Shah.

“Patients are usually five or six hours away, and in winter people carry them on their backs because the snow prevents them from rolling.” 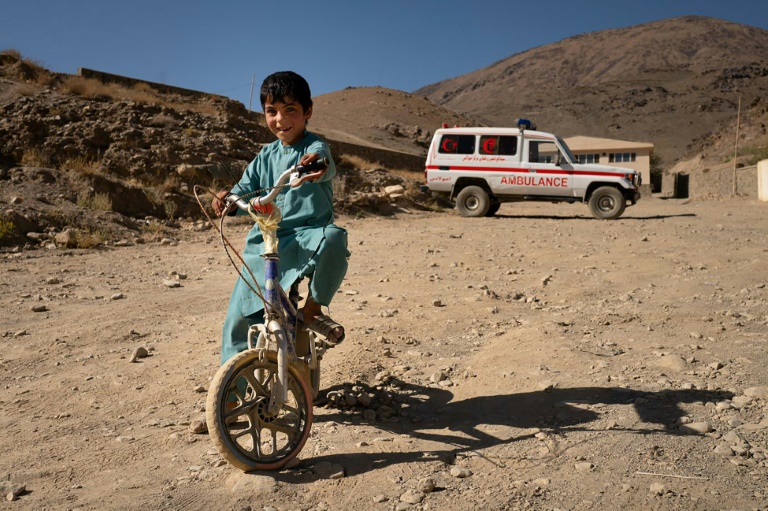 A child on a bicycle in front of the Tangi Saidan clinic, October 6, 2021 in central Afghanistan (AFP – Elise BLANCHARD)

Jamila, the nurse, says that “the fact that this is a Taliban area does not pose any problem for her to work.” Even if that means she must have a “mahram”, a man from her family, with her during her night shifts.

And “people have no problem with male doctors, because they say that a doctor is like a mahram.”

The rules for this coexistence, one of the very rare exceptions granted by the Taliban to only one sex, are precise: in the absence of nurses, the nurse can see the men; A companion can also be allowed, if necessary, to enter the room where all sick patients are gathered. 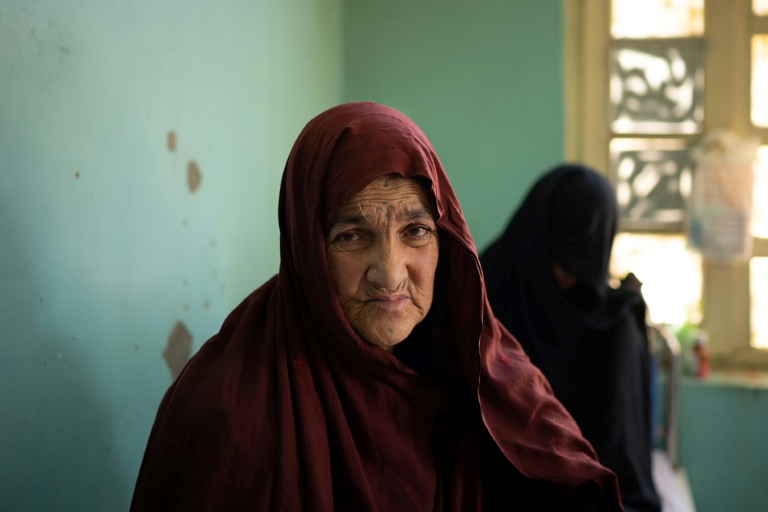 A patient awaits a consultation with a doctor at the Tangi Saidan clinic on October 6, 2021 in central Afghanistan (AFP – Elise BLANCHARD)

And “men and women can work together in the same room, but in a normal situation there has to be a curtain.”

However, in Tangi Saidan’s clinic, there are no curtains. Nurse Jamila talks to nurses and doctors as if nothing happened.

The Islamist movement, which came to power in mid-August, has not yet clarified the modalities for applying Sharia.

She asked women not to go to work, with the exception of caregivers, until a system consistent with her view of Islamic law is established.

But more than the Taliban’s program, it is his salary that concerns Jamila, while international aid, on which the entire Afghan health system relies, has been frozen for the time being.

Located near what was then the front line, the clinic, run by the Swedish Committee for Afghanistan, has repeatedly been the target of incursions by the Afghan army. 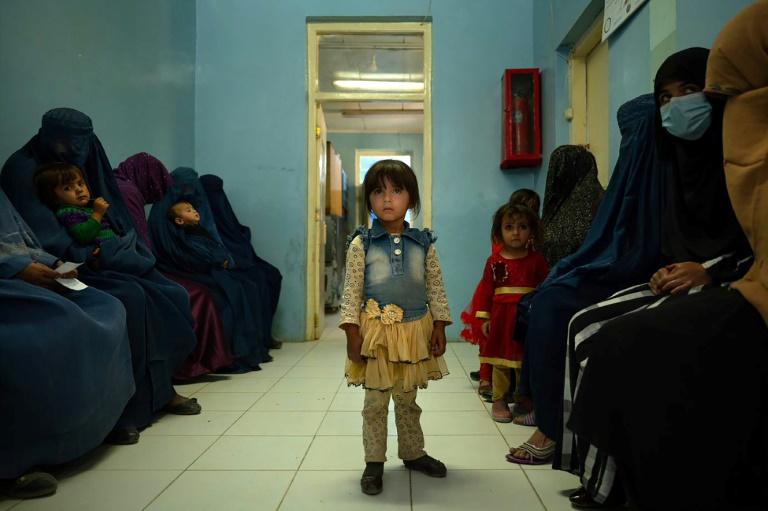 Patients and their children in the waiting room of the Tangi Saidan clinic, October 6, 2021 in central Afghanistan (AFP – Elise BLANCHARD)

“Now there is no more violence, we no longer lose our children, it is as if the sun has finally risen,” writes Mandanda, in her sixties, who arrived from a neighboring town due to headaches and chest pains.

“The only thing they (the Taliban) brought us is peace. But we have nothing to eat,” says another patient, Jamila, 40 years old and mother of seven children.

In the maternity building, an area from which men are totally excluded, Mastura, a 27-year-old midwife, looks darker at the memory of the 2019 attack, with the sound of helicopters, screaming and screaming, and the gun pointed at her . , thrown by government forces at the clinic, because it was also treating the Taliban in the area. 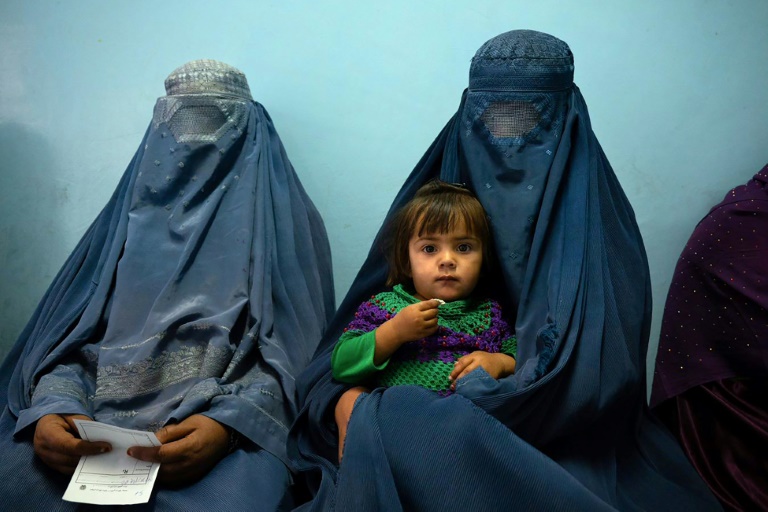 Patients wait with a child at the Tangi Saidan clinic on October 6, 2021 in central Afghanistan (AFP – Elise BLANCHARD)

In the seven years that she has worked at the clinic, the young woman, originally from Kabul, says she has never spoken to a Taliban.

“I never needed to,” he said. “They are not on the street saying: + Do this or do not do that +, but they live here with their families and are part of society.”

If women wear the burqa or must be accompanied by a “mahram” to travel out of town, “it is the culture” and not only in the Taliban areas, the midwife says, without approving.

“I can work here, but women across the country should also have the right to work, not just in the health sector,” she laments. 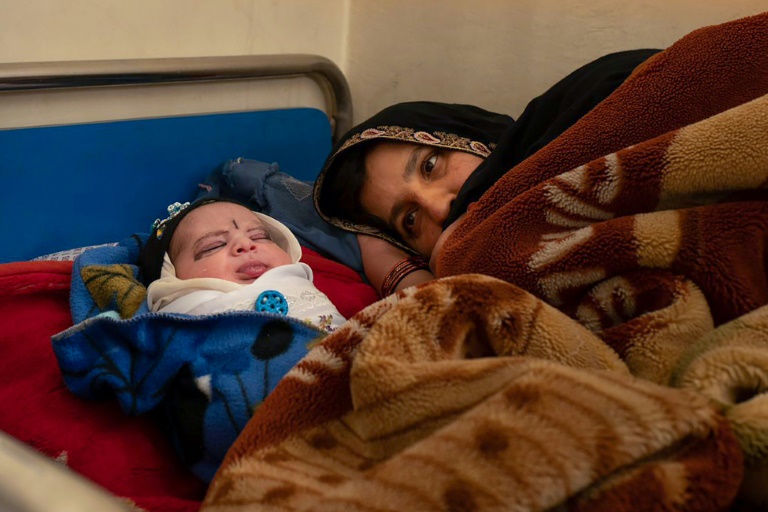 A mother rests near her baby at the Tangi Saidan clinic on October 6, 2021 in central Afghanistan (AFP – Elise BLANCHARD)

You would like your daughter to go to school and study. But he does not have too many illusions.

“My mother and grandmother had difficult lives. I am only 27 years old and my life has already been very difficult. I don’t think it’s better for my daughter.”