Announced at the beginning of the 2021 school year, the eero Pro 6 mesh router has recently been available in France. Like its little brother the eero 6, it is compatible with the latest generation of Wi-Fi 6 and also incorporates a Zigbee connected hub that allows Alexa users to pair with devices such as lamps and smart locks without the need for an additional hub.

Like all mesh routers, eero systems use multiple satellite devices to transmit a stronger Wi-Fi signal throughout the home. We connect the main router to your internet box, then connect the satellites in other parts of the house where we want to strengthen the connection. The result is a larger and more robust Wi-Fi network, with fewer dead zones.

But while the eero 6 is an entry-level Wi-Fi 6 system that struggled in some of our tests, the pro version is a high-end model that delivered very good performance. The term “pro” designates the presence of a tri-band network that includes a 5 GHz band dedicated to system transmissions. This frees up the first 5 GHz band for normal traffic, which has a noticeable impact on network performance, while allowing a mesh system like this to make full use of Wi-Fi 6.

At $ 169 for a single eero Pro 6 router or $ 469 for a three-pack that includes the router and two satellites, the eero Pro 6 isn’t exactly cheap. But it’s better value for money than most other Wi-Fi 6 tri-band mesh routers. By comparison, the high-performance Netgear Orbi AX6000 was $ 1,069 for a three-pack when it launched.

If you live in a large home and want efficient room-to-room Wi-Fi coverage, you need a robust mesh system with multiple satellites. The eero Pro 6 could eventually bring (counting on a price drop over time) this solution at a more affordable price than the competition.

Introduction to the eero Pro 6

According to Amazon, the eero 6 is designed for homes with internet speeds of up to 500 Mbps, while the eero Pro 6 system is designed for gigabit speeds, thanks to a tri-band design that includes an additional 5 GHz band to separate network transmissions. between the router and its satellites from ordinary Internet traffic. This makes a big difference when it comes to a mesh network, and is also a feature that goes particularly well with Wi-Fi 6. Even if none of your devices support Wi-Fi 6, they will benefit from eero tri- band. system that will transmit data through the mesh network more quickly and efficiently. 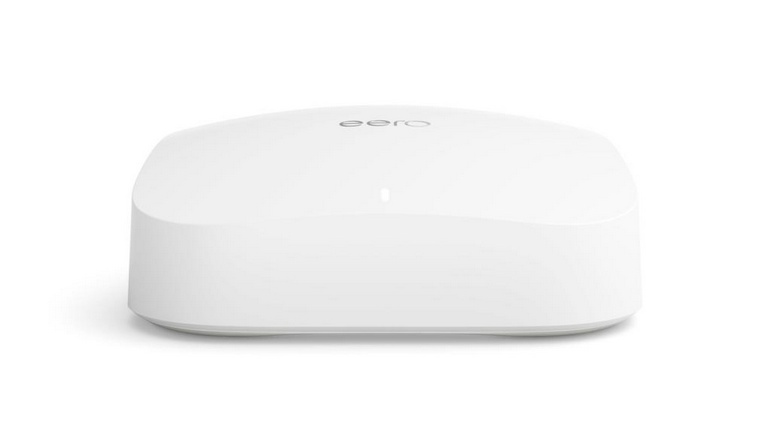 For our test, we connected the router to a server PC and transmitted data wirelessly to a client PC at speeds of up to 1.008 Mbps at a distance of 1.5 m. For comparison, most of the tri-band mesh routers we’ve tested over the past year have reached a maximum speed of around 900 Mbps in our lab, most notably the AX6000 version of Netgear’s Orbi, the Asus ZenWiFi AX. and Amplifi Alien.

At a distance of 11 meters, the maximum transfer rate of the eero Pro 6 dropped slightly to 922 Mbit / s, and at 23 meters it was just 838 Mbit / s. This is a great result and the best “throw ratio” we have ever seen for a mesh router in our tests. 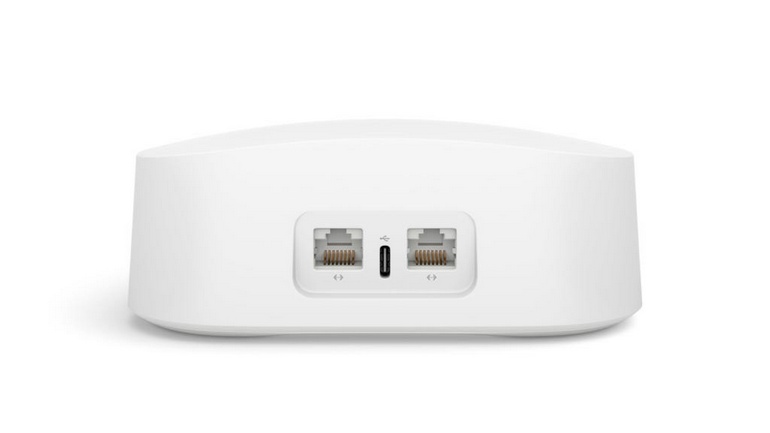 After testing in the CNET lab, we extended the test to our home.

System setup is a breeze with the eero app guiding you through the process with clear and simple instructions and helpful tips for choosing the best satellite locations.

The application allows you to see the equipment connected to the network and notify you when a new one is added. You can also group devices into profiles with your own specific rules, such as parental controls and scheduled access. You can even ask Alexa to turn off Wi-Fi. For $ 3.99 per month, you can add ad blocking and advanced content filtering with an eero Secure subscription. The eero Secure + subscription for € 10.99 per month adds access to encrypt.me VPN, Malwarebytes virus protection for Mac and Windows, and a subscription to 1Password, one of our favorite password managers.

Unlike the eero 6, where the router and expansion satellites are two separate pieces of equipment, the eero Pro 6 devices are all interchangeable, so either of them can act as a router. The system is also backward compatible with eero routers and range amplifiers. We are simply sorry that there are no more than two Ethernet plugs on the back of each box.

With an eero Pro 6 hooked up to the modem in the living room and a satellite located in the master bedroom, speeds were fast, averaging around 251 Mbps throughout the house. That’s better than Nest Wifi, which averaged around 222 Mbps, but is slightly lower than Asus’ ZenWiFi AX and Netgear’s Orbi AX6000, which averaged 272 and 289 Mbit / s respectively.

These returns correspond to the prices of these systems. The Netgear Orbi AX6000 costs € 1,069 for a pack of three, the ZenWiFi AX in a pack of two is worth € 450 or € 250 individually. At € 469 for a three-pack, the eero Pro 6 offers excellent value for money for larger homes. 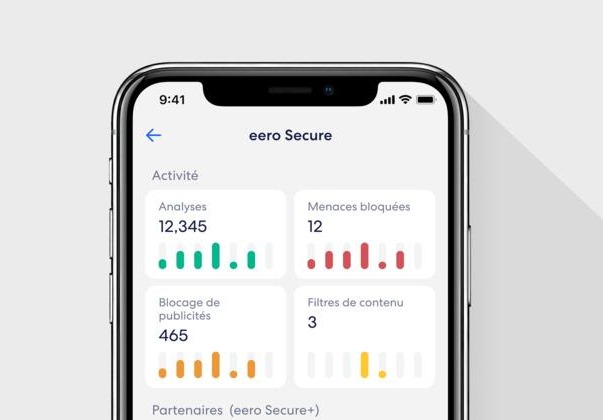 Another good point found during our tests, the eero Pro 6 network did not experience any outages.

We did a test using just a router without satellites. Unsurprisingly, the average speed dropped, especially in the room furthest from the router, but it was still 80Mbps, which is a very good result. With two eero Pro 6s, we hit 200Mbps, which means the system works as expected and increases speeds in places where it would be difficult to connect with a single router.

Elsewhere, the overall average was 259 Mbit / s, slightly higher than the average obtained with two eero Pro 6. At the same time, performance in terms of latency was excellent, with a single peak of more than 25 ms. In all of our tests. This is significantly lower than the latencies that we have seen in the best mesh routers.

We ran these tests on a Dell XPS laptop that doesn’t support Wi-Fi 6 to get a good idea of ​​real world speeds and also to serve as a contrast to our top speed lab tests, where we used 6 devices. Wi-Fi for a full description of the capabilities of each router in an ideal environment. If you are using Wi-Fi 6 devices, your speed will probably be a bit faster than what we have at home.

How much faster? To find out, we repeated our speed tests on an iPhone 12 Pro that supports Wi-Fi 6. Speeds were found to be 20% faster than the laptop when we were close to the main router, and up to ’35 % faster when we connect via satellite.

With solid performance and no nasty surprises in our tests, the eero Pro 6 is an ideal choice thanks to its tri-band design and support for Wi-Fi 6. It is quite expensive, but its prices are lower than comparable systems like the Netgear Orbi AX6000 and the Asus ZenWiFi AX.

While the eero Pro 6 performed well in our tests, the same cannot be said for the regular eero 6 system, whose speeds suffered from poor bandwidth management. This makes the eero Pro 6 the best buy of the two and an ideal option if you live in a large home.