Article updated July 29, 2022 with new patents filed in the US Patent and Trademark Office.

A significant portion of Gafam has targeted the metaverse, seen as a future growth arm as promising as the Internet in its infancy. Facebook has rebranded itself as Meta, Microsoft has sold its massive acquisition of Activision Blizzard as an extension to the virtual world, and Samsung has introduced its Galaxy S22 to the metaverse. This year, Apple’s long-discussed virtual or augmented reality headset or glasses may finally be making their way onto the scene.

Apple has been bringing augmented reality to its devices for years, and in recent months there have been rumors of a possible mixed reality headset. Apple analyst Ming-Chi Kuo predicted in tweets this week that such a headset would not appear at its annual developer event, but would potentially arrive in 2023.

According to a fairly recent Bloomberg report, the mixed reality headset was shown off to Apple’s board of directors during the demo.

This may indicate that the long-discussed headset is nearing completion. Kuo claimed that the Apple VR/AR headset will arrive in the fourth quarter of 2022 with support for Wi-Fi 6 and 6E. While it may be delayed until next year, Kuo also revealed that Apple smart glasses could arrive in 2025, and then possibly AR contact lenses.

Bloomberg’s Mark Gurman explains that Apple may pair virtual and augmented reality with two headsets in the near future. This causes usage focused on games, media, and communication. In particular, he believes that FaceTime could be based on Memojis and SharePlay, with a 3D avatar representing the interlocutors. According to analyst Ming-Chi Kuo (via MacRumors), Apple aims to “replace the iPhone with augmented reality in 10 years.”

We’ve rounded up all the rumors surrounding this project, which could very well lead to the next great product revolution at Apple.

What is the design of the Apple virtual reality headset?

According to Mark Gurman, rumors are that Apple’s VR headset will be very similar to Facebook’s Oculus Quest 2, with controller-less hand tracking and spatial awareness that could use the featured Lidar technology with the iPad Pro and iPhone 12 Pro. 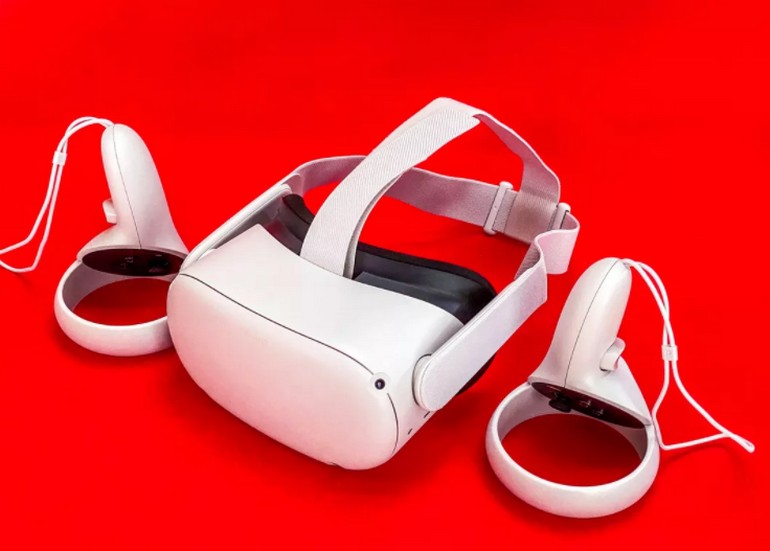 Apple’s headphones may end up catering to a more limited audience of professionals or manufacturers, or focus on gaming… or fitness. Our experience with the Oculus Quest fitness tools makes me think of a natural direction for Apple, now that the Apple Watch is expanding into subscription-based fitness training, pairing with TVs and other devices.

Oculus Quest 2 (now officially called Meta Quest 2) can see through the real world and expand some level of overlap in virtual objects like room boundaries, but Apple’s headset can better explore augmented reality at the expense of transparency. We’ve seen some impressive examples in headsets from companies like Varjo. This could be a starting point for Apple to later develop 3D augmented reality technology for smaller glasses.

Currently, no smart glasses manufacturer can develop conventional glasses capable of performing advanced spatial 3D overlays of holographic objects. Some devices, such as the nReal Light, have been tried with varying degrees of success. The Meta’s first smart glasses, Ray-Ban Stories, weren’t augmented reality glasses at all. Meta is working on implementing this technology in the future. Apple may also be taking a similar approach to its glasses.

Apple VR headset could be a Pro model

Most of the existing rumors suggest that the Apple VR headset is likely to be so expensive and powerful that it is aimed at a select audience. If so, then it could be aimed at the same market as the Varjo XR-3, one of the most advanced VR headsets out there. Designed for professional creative tools, this very high-end model features a high-resolution display and can combine virtual and augmented reality with external cameras.

However, this Varjo headset, like most professional VR headsets, connects to the PC with multiple cables. Apple headphones can work both standalone and when connected to a Mac, as the Quest 2 already does.

What type of controller for Apple headphones?

The Information about Apple VR Headset talks about a more streamlined control system than the gamepad-like peripherals found in many VR headsets today. This is a hand detection system. But Apple will probably need an input accessory. Could it be an Apple Watch or an iPhone? It is possible… 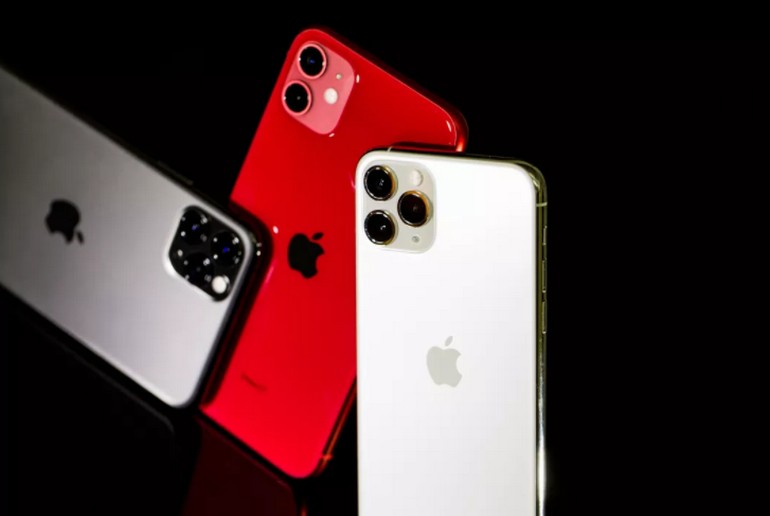 How much can an Apple virtual reality headset cost?

Mark Gurman anticipates a high price tag for an Apple-signed VR headset, which makes sense given the brand’s high-end positioning. According to The Information, the price will be around $3,000, which is in line with professional headsets like HoloLens 2 or Varjo.

Is the VR headset connected to iPhone?

Qualcomm’s plans for augmented and virtual reality herald the next wave of headsets, many of which will be controlled by smartphones. This paves the way for the design of lighter and more discreet glasses covered with sensors that would put the bulk of the processing on the smartphone. The iPhone is already equipped with chips powerful enough to work with a virtual or augmented reality headset. Imagine what he could be capable of in a year or two… 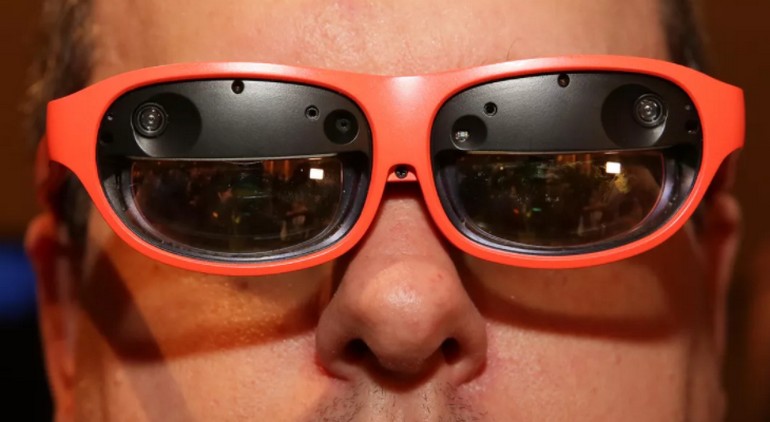 iOS 14 introduces QR code and NFC compatible App Clips that let you launch apps from real-world locations with a simple tap or swipe. These micro-apps are also designed to work with augmented reality. Wearing goggles or a helmet, they could initiate interaction with a simple glance.

Add to this that Apple has already invested heavily in cameras and lidar technology capable of scanning 3D environments and objects. iPadOS 15 uses lidar for even more advanced indoor mapping capabilities and appears to be the missing link to even more realistic augmented reality.

Patents recently filed with the US Patent and Trademark Office suggest that Apple’s headset will focus on user behavior.

The latest M-based Macs are now more like iPhones and iPads, meaning they are technically much more capable of delivering the power needed to run VR and AR. The development of a common technical base for all these terminals could allow the headset to work on iPhone, iPad or Mac, which would make it a universal accessory for Apple technology.

Apple Watch and AirPods could be perfect companions

AirPods can connect to headphones or glasses to play audio, and Apple Watch can act as a useful remote control or be used as a virtual display extension. It can also offer haptic feedback to simulate tactile contact with virtual objects. 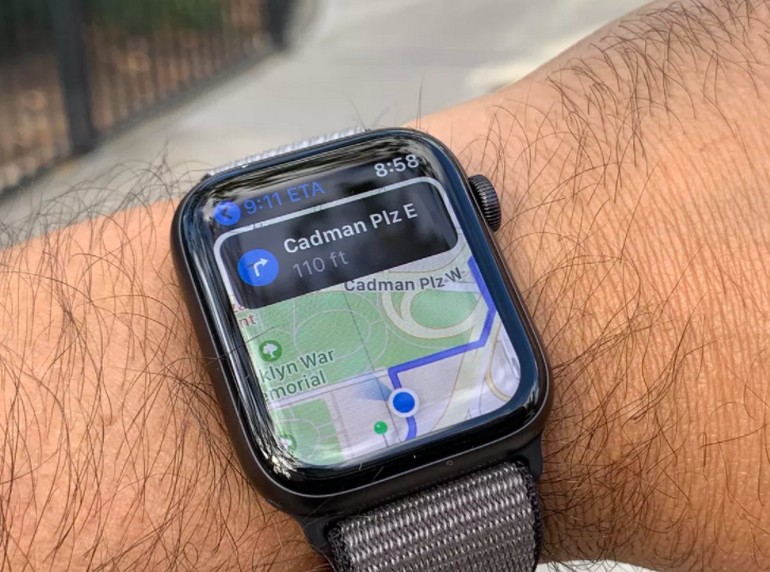 A 2019 The Information article mentions the launch of an AR/VR headset like the Oculus Quest in 2022 and glasses in 2023. Perhaps Apple is pursuing a phased strategy with AR and releasing multiple devices: one for creators first, with a higher price tag; and one for regular users later. TrendForce doubts that an AR/AR headset will be able to outperform a Microsoft or Oculus headset before 2023 or later.

A 2022 launch would be in line with a new DigiTimes report spotted by MacRumors that Apple could start mass-producing the headset in August or September and launch it later this year.

In any case, developers will need a good start to adapt to this new hardware. To do this, Apple will have to give an overview long before the actual arrival.