We tested the small Apple tablet, here are our impressions.

Baby I shrunk the iPad Air

Like the classic iPad, the iPad mini had only benefited from minor hardware updates in recent years, without changing the chassis. This year Apple thankfully had more ambition. To standardize its range from an aesthetic point of view, the brand has completely redesigned its miniature iPad to adopt the characteristics of the new Ipad air, released late last year. In terms of design, the relationship between the two devices is such that we have the impression that the iPad Air has simply been reduced from 10.9 to 8.3 inches.

With this format, the new iPad mini has the luxury of being carried in the hand and fits in the inside pocket of a jacket (for example). Therefore, it is very pleasant to use on the go, on the train or on the plane. Otherwise, we find the science of assembly that we know at Apple. The device benefits from a simply flawless finish. It also inherits the elegance and sobriety of the latest Apple-designed iPad. 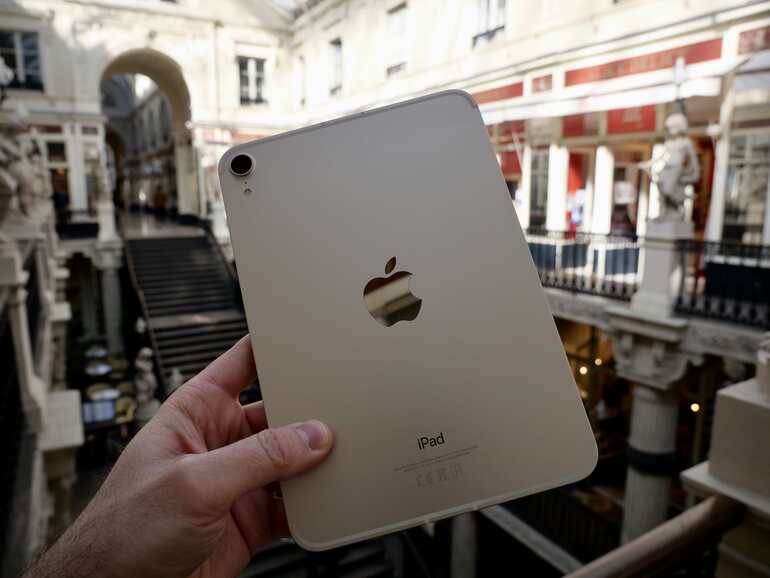 Compared to theiPad mini 5, iPad mini 6 changes the old Lightning port for a USB-C input and sacrifice your 3.5mm jack. To connect a headset to Apple’s compact tablet, you will have to buy a separate adapter (it sells for 10 euros at Apple) or switch to bluetooth headphones. In a way, it is the price of progress, sadly we are starting to get used to it. 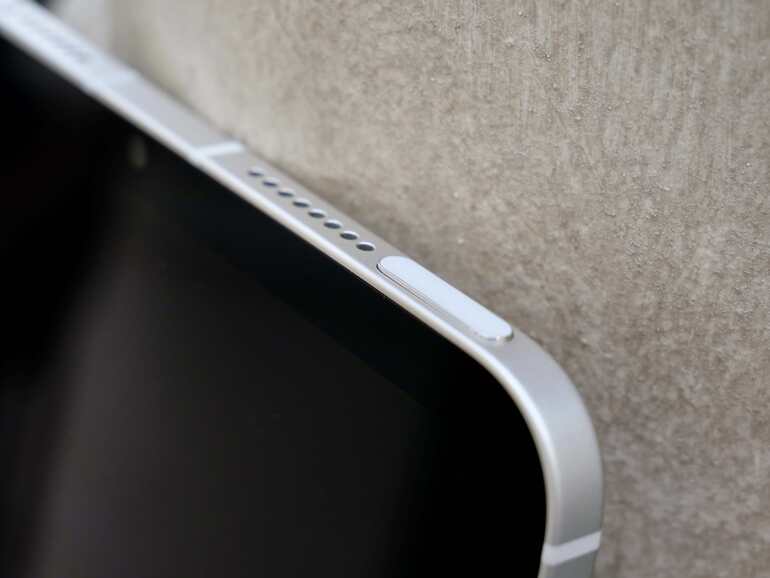 Another change, a bit puzzling at first, Apple has chosen to move the volume keys to place them on the upper left edge of its new tablet. Until now, they were placed perpendicular to the lock button. As on the iPad Air 2020, this button incorporates a fingerprint sensor that is used for Touch ID. A practical solution. This eliminates the traditional home key. to brush the edges of the screen as much as possible. A decision that allows the iPad mini to extend its viewing surface (8.3 inches this year vs. 7.9 inches previously) without losing compactness (134.8 x 195.4 x 6.3mm by 297 grams here, versus 134.8 x 203.2 x 6.1mm by 308.2 grams with the iPad mini 5).

On the software side, iPadOS 15 is ready to go from the initial start-up. Enriched, Apple’s operating system benefits this year from refined multitasking functions, but also democratizes the use of widgets, among others. However, having other Apple devices and accessories is still an advantage to enjoy iPadOS 15 in the best possible way.. 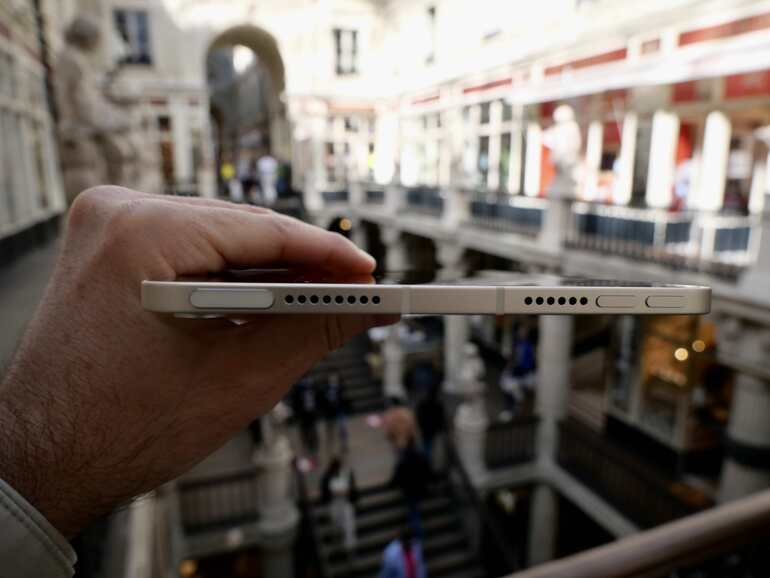 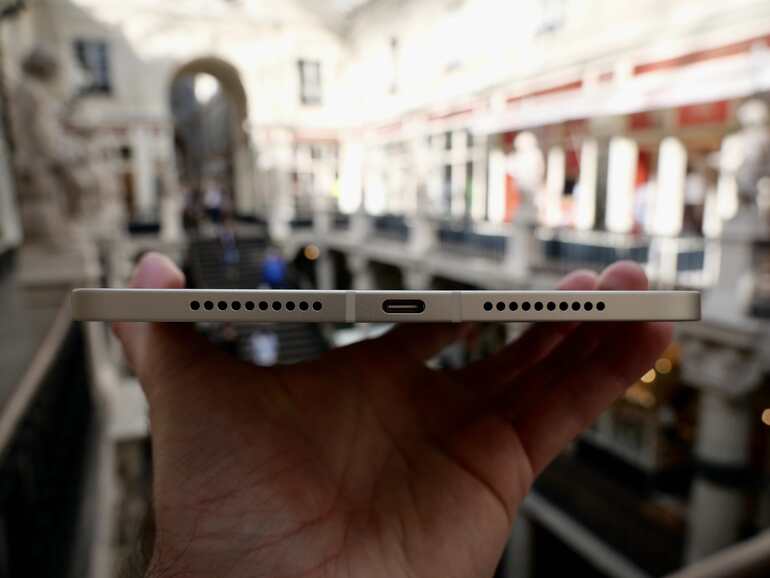 A convincing little slab (at least to the naked eye)

For its iPad mini 6, Apple makes the choice a “Liquid Retina” IPS panel. At a diagonal of 8.3 inches, this LCD panel shows 2266 x 1488 pixels for a display of finesse that reaches 326 pixels per inch (ppi). Therefore, the pixel density is excellent on the new iPad mini. Apple advertises the rest a maximum luminance of 500 nits. Armed with our probe and Calman measurement software, we wanted to see what it was all about. 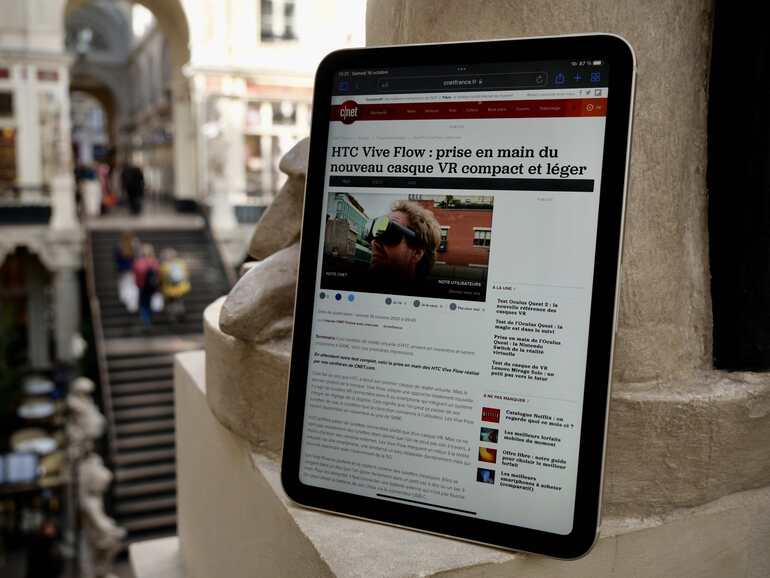 For our part, we noticed a maximum brightness of 408.9 nits. Therefore, we are far below what Apple promises, but screen remains very bright. In any case, it is sufficient for daily use. Regarding colorimetry, our tools have measured a DeltaE of 6.2 and a temperature of 5797 Kelvin. Perfectible values: in a perfect world, the DeltaE should be equal to or less than 2 to reproduce truly faithful colors, and the screen temperature should normally approach the 6500 Kelvin of the video standard. Clearly, here we are faced with a display with colors that are too warm and generally unreliable.

SRGB and DCI-P3 color spaces are covered by up to 97.1% and 77.2%, respectively. It’s honest without being overwhelming. The contrast is finally limited to a somewhat low ratio of 1162: 1. 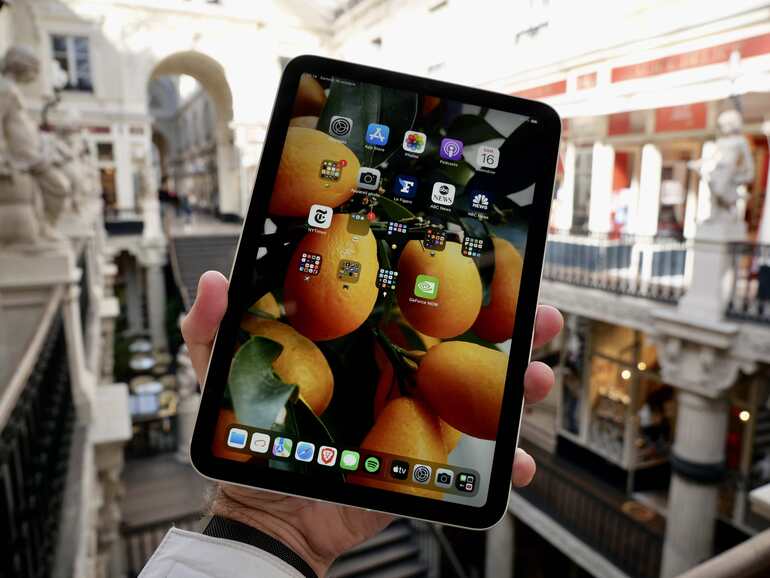 In general, therefore, we are dealing with a panel that would have deserved better contrast and above all a more careful calibration. However, the screen quality is still excellent in use. The vast majority of users will see nothing but fire. Note on the other hand that some users have noticed a vertical scrolling problem on the iPad mini 6 screen, causing an image “tearing”. We did not experience this problem in our test unit at all.

One of the great novelties of the iPad mini 6 is the integration of the new chip A15 bionic, again recorded at 5 nm by TSMC. Developed by Apple for the iPhone 13 and 13 Pro, it is simply the most powerful smartphone processor on the market to date. With it, the iPad mini 6 is a true reserve of pure performance. 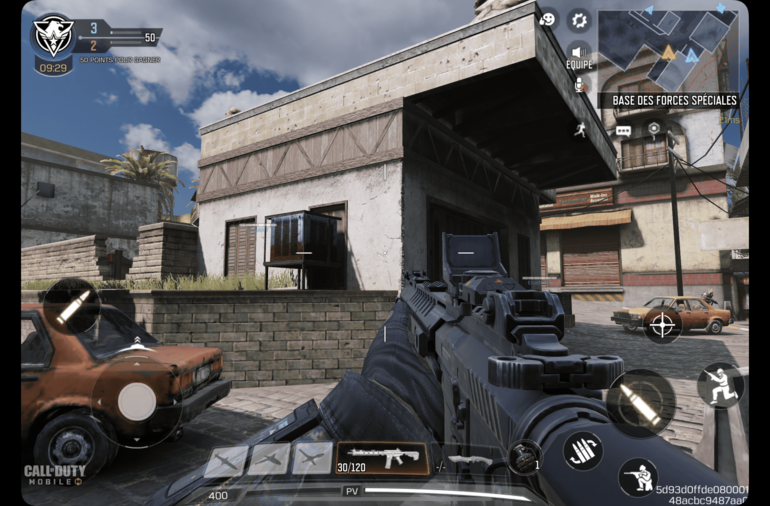 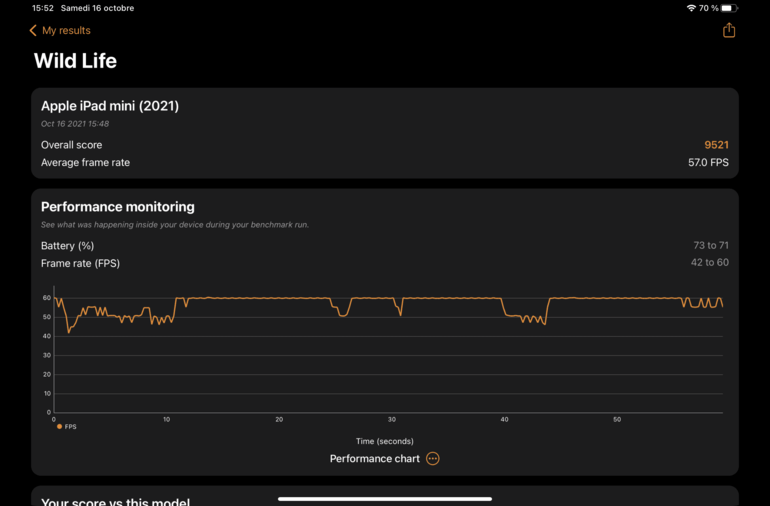 That being said, this A15 Bionic chip is slightly less efficient on iPad mini 6 than iPhone 13. The blame, obviously, of slightly more modest frequencies. The thing is especially noticeable in the benchmarks (9521 points for the A15 of our iPad mini 6, compared to just over 11,600 points for the A15 of an iPhone 13 Pro Max), but the average user will probably not be affected. For all uses, the iPad mini 6 is really very effective. The A15, even with a low clock frequency, allows flawless responsiveness to the whiteboardbut you will also know how to ensure an excellent level of performance in the long term. It is also very effective in the game, even in greedy 3D titles..

Like the iPad mini 5, the iPad mini 6 remains stuck around 10 hours of versatile use. The progress between the two tablets is practically nil, but this autonomy is still quite honest, all the more given the compactness of the device (which therefore has a smaller battery than a conventional format tablet). You can use the new iPad mini for a full day before taking the charger. Therefore, the contract is fulfilled. 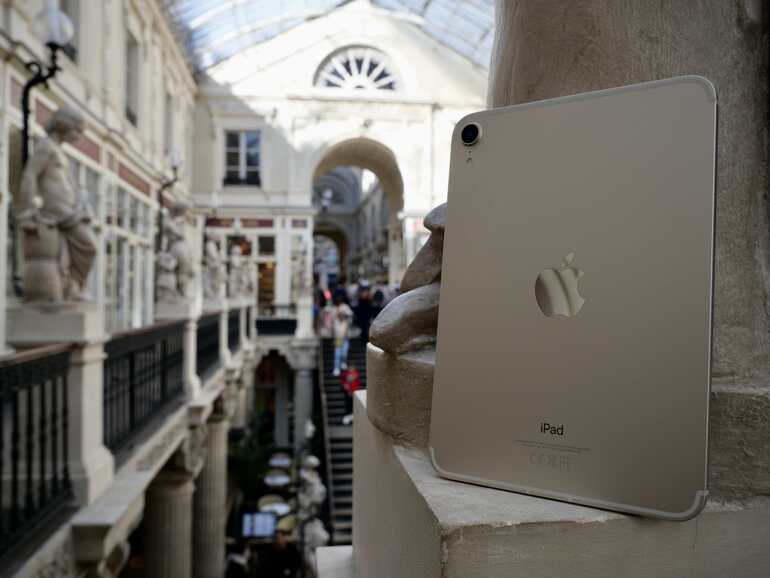 Little progress in the photo.

In the photo, the iPad mini 6 does not necessarily make a strong impression. Unique rear-mounted 12MP wide-angle sensor (ƒ / 1.8 aperture) offers shots similar to what an iPhone 8 might take. The immersion is correct in good light conditions, with good dynamics as well. However, in low light, we lose sharpness very quickly, so often. 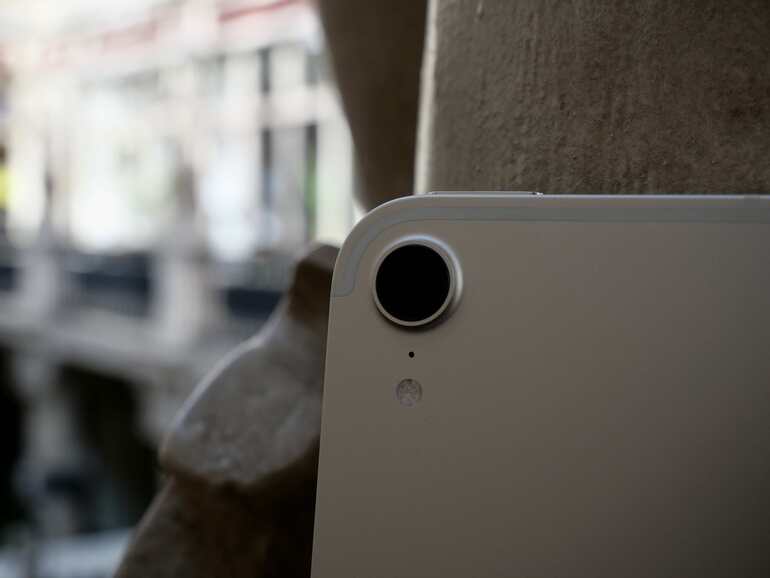 It is still possible to take correct photos from time to time with the iPad mini 6… after all, it doesn’t require much more than a tablet. The rear sensor does its job perfectly for scanning documents, for example. Finally, it allows 4K video capture at 24 frames per second. 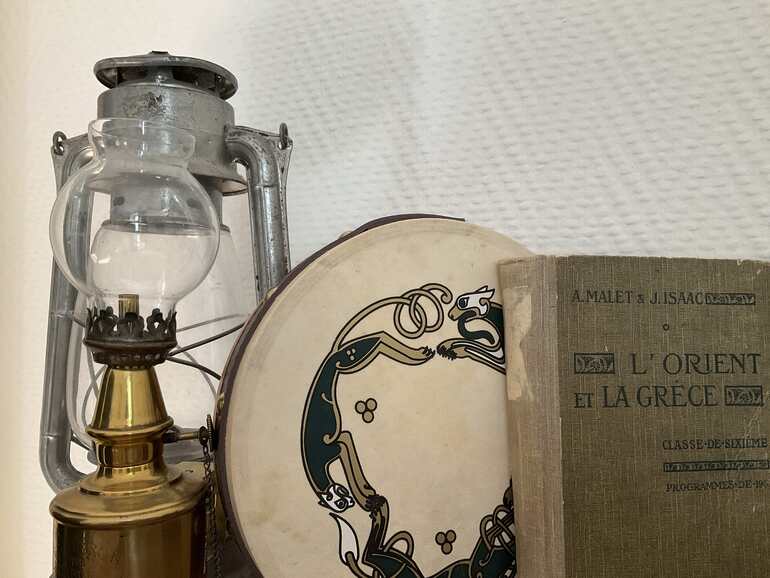 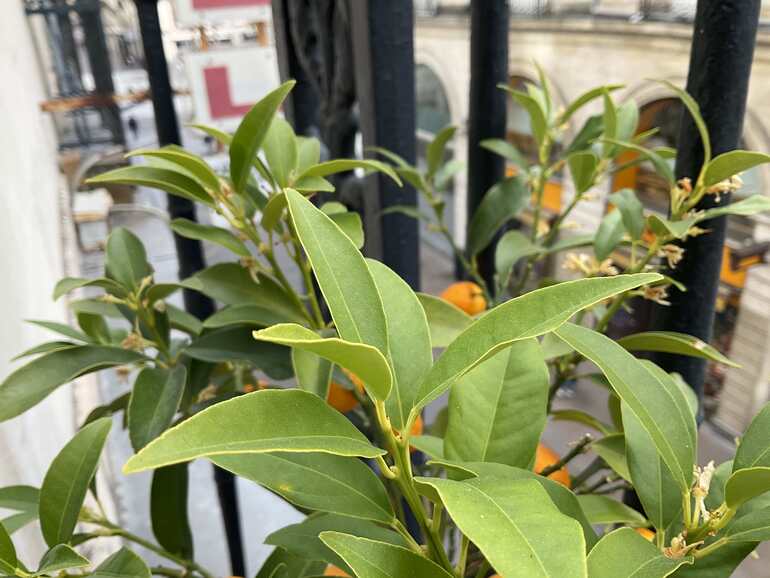 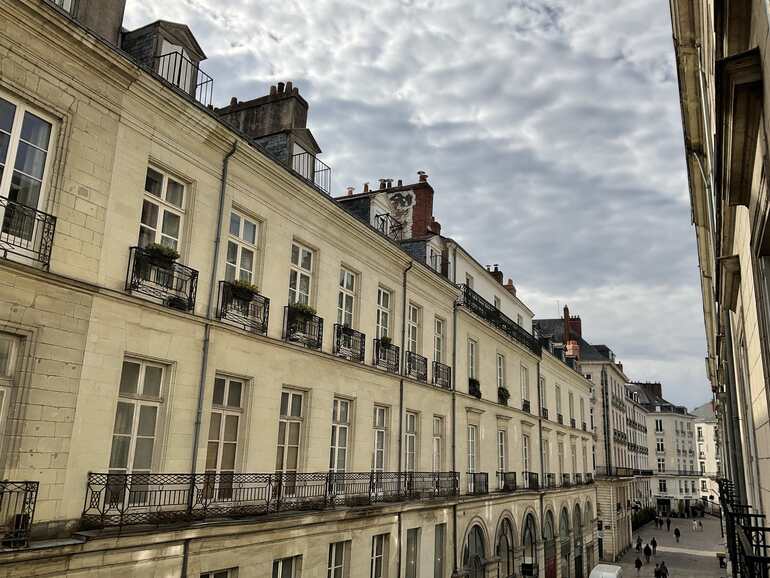 On the front, Apple’s new miniature tablet incorporates a 12MP ultra-wide module (this time with an aperture at ƒ / 2.4). Its quality is very sufficient for video exchanges.. Finally, it allows video capture in 1080p up to 60 fps. 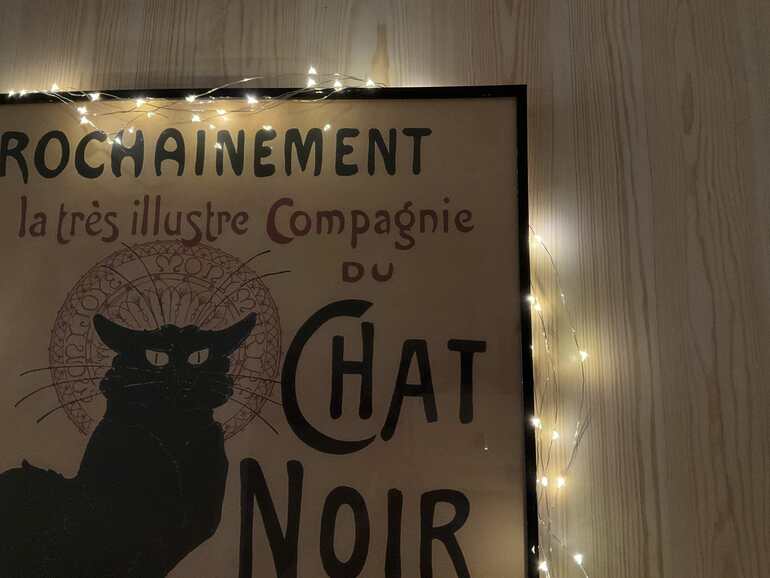 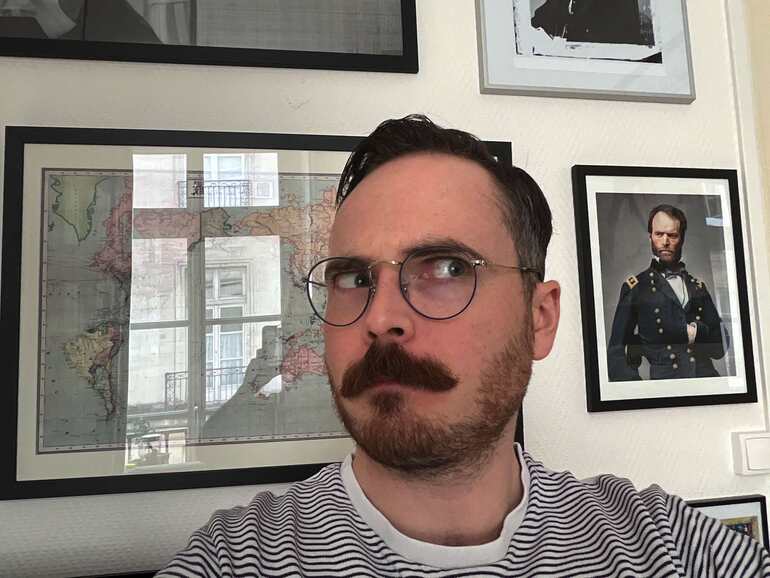 The iPad mini 6 vs. the competition

The compact tablet market is relatively small these days. Hard to find, in 8-inch format, a slate as powerful as the iPad mini 6. However, there is a much more affordable alternative to the Samsung Galaxy Tab A (2019), but it is starting to get old.

For about the same price as the iPad mini 6 (which starts at 559 euros at Apple), on the other hand, it is possible to get your hands on a Samsung Galaxy Tab S7 (in 11-inch format). Finally, keep in mind that by virtue of its size, Apple’s small tablet can be an interesting and much less expensive alternative to certain folding smartphones, such as the Samsung Galaxy Z Fold 3. 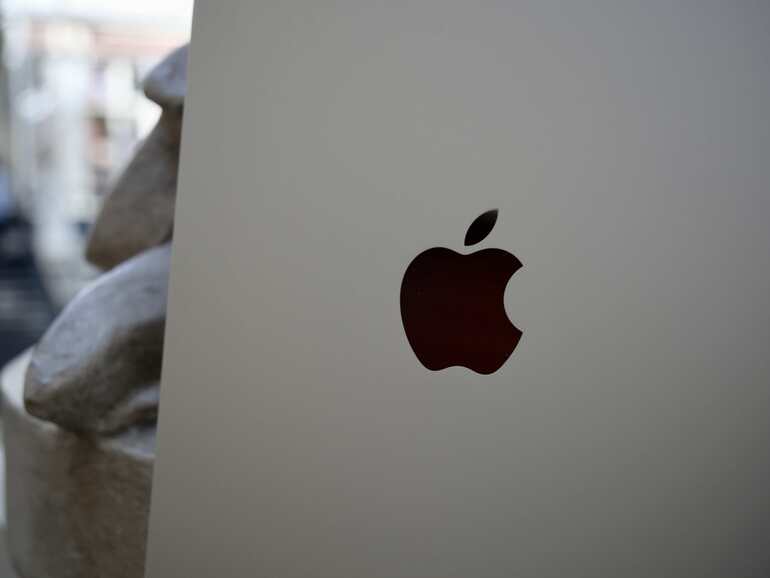 The iPad mini 6 is a very pleasant tablet to use daily. Powerful and particularly effective in mobile situations, it does not suffer from any major flaws. However, it is criticized for two things: the small amount of storage it offers in its basic configuration (only 64 GB) and its slightly high price. It’s also hard not to see, once again, the iPad mini as a niche product … ultimately only targeting a small portion of users.