The municipal registers of the Catalan capital make it possible to draw up a portrait of a French robot from Barcelona. How many boxes are you going to mark?

Distribution of the French in Barcelona – Barcelona City Council.

The average Frenchman does not live long in the Catalan capital: most of them arrived between 2016 and 2020 (57%). Is Barcelona only a transit city? The French, who have lived there for more than 15 years, make up only 8% of the hexagonal contingent.

The number of compatriots who settled in Barcelona continues to increase. So it jumped almost 30% between 2016 and 2020 before dropping slightly in 2021. That year, the onset of the pandemic forced many French people to hasten their return, while new arrivals delayed their arrival.

These data, published by the City Hall, have been presented in the graphs (below) by data scientist Christophe Hoarau, most recently a Frenchman from Barcelona. The expert supported his conclusions with figures provided by the French consulate. “However, it is still difficult to establish this precisely due to the lack of data on departures,” he clarifies. 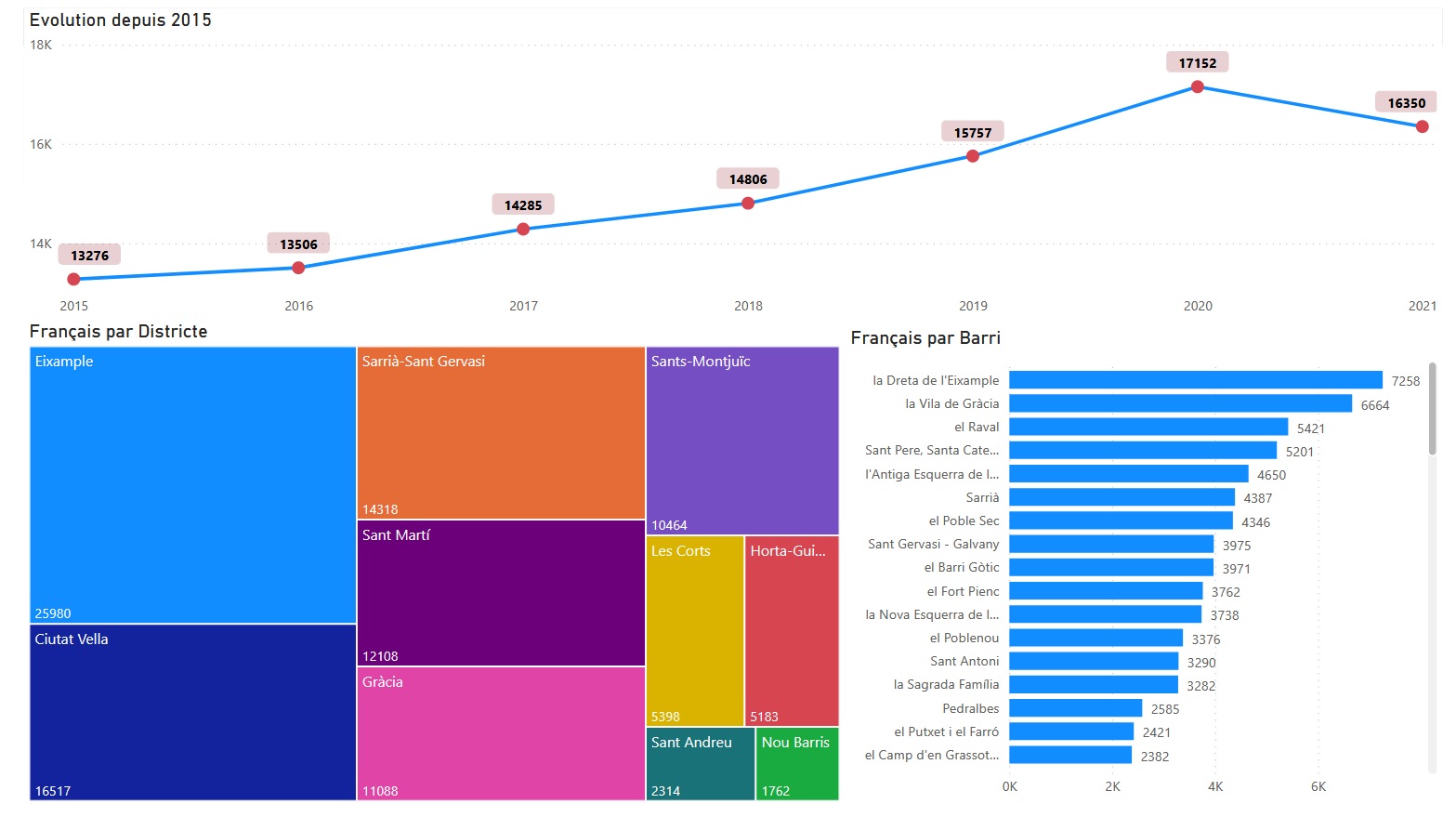