Today, Assassin’s Creed Valhalla is also welcoming its “Discovery Tour”, a game mode added for free to all players in Ubisoft’s open world. This time around, we’re giving you a quick overview of what this experience offers, as well as what content you can unlock.

In the Assassin’s Creed universe, the “Discovery Tour” is one of the most interesting features of the “new trilogy” that began with Assassin’s Creed Origins in 2017. Therefore, it is only natural that it will make its big return in Assassin’s Creed Valhalla, almost a year after the release of what remains to this day, the latest installment in the famous Ubisoft franchise. However, this year, the publisher has put the small plates in the big ones, offering a much more substantial content than usual in this “educational” game mode that no longer wants to be content with being a simple educational “walking simulator” Discovery Tour is now a scripted game mode, with unlockable rewards, and we invite you to take stock of the fairly comprehensive content it offers.

Access to the Assassin’s Creed Valhalla Discovery Tour is completely free as long as you own a version of the game – this mode is added at no additional cost to the game’s title screen after an update, and you can play it. Right away, without even necessarily having started playing!

A new game mode is available for free after the launch of Assassin’s Creed Valhalla. 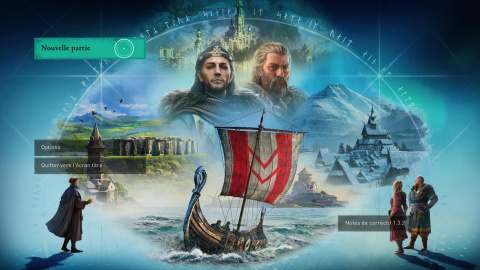 What is the content of AC Valhalla Discovery Tour: Viking Age?

Unlike previous Discovery Tours in the series, this time you will play a defined avatar, alternating between four characters, in the form of two duets, each representing one of the two main regions crossed in Assassin’s Creed Valhalla: Norway and England. It’s all new scripted content in the form of playable missions that is then made available to you, with various story arcs, but also a ton of rewards to unlock, which we detail below.

You will be able to complete 8 missions in total in Assassin’s Creed Valhalla Discovery Tour: Viking Age, playing as four different characters: Thorsteinn and his wife Gunnhilda in Norway, Brother Ealric, and King Ælfred in England. You can play these missions in the order you want, although you will be recommended to complete them in their chronological order to be able to follow the story of this Discovery Tour, and the fate of the four characters it portrays:

What are the unlockable rewards in AC Valhalla Discovery Tour: Viking Age?

The Discovery Tour has an “educational” objective, you will unlock the vast majority of elements related to History (the one with a capital H, and not the one in the game!) In the “Codex” tab of this game mode: 25 elements in the category “Behind the scenes” (divided into four categories: “Research”, “Scandinavia”, “England” and “Immersion”), as well as a total of 153 “knowledge” divided according to the following categories:

Another great novelty of this Discovery Tour is the possibility of unlocking rewards, which can be used in the base game. There are 7 of them, and here is where and how to unlock them:

Rewards for the main game can be unlocked on the Discovery Tour. 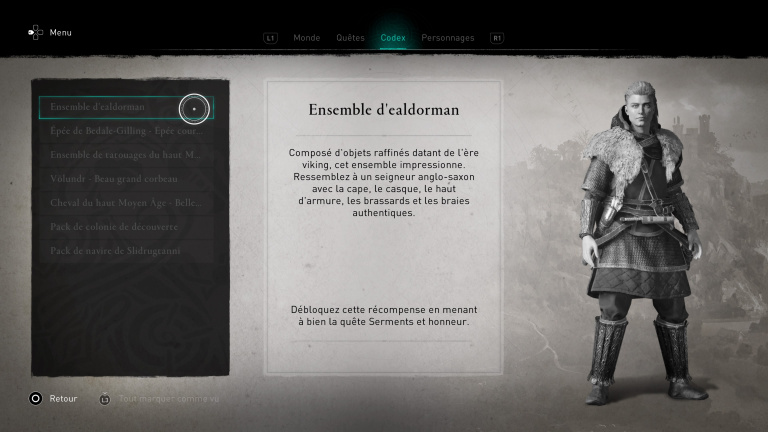