The Asus TUF Gaming VG289Q is a monitor for gamers who prefer games with great and detailed graphics over fast-paced esports or shooters. The on-screen menu offers extensive gaming customization, and a host of ergonomic features provide flexible customization. At this price point, you can get 4K resolution without spending a fortune.

With the TUF Gaming VG289Q, Asus aims to disrupt the 4K market and bring 4K gaming to the masses. In our review, we put the gaming monitor through extensive testing to see how it compares to other 4K displays that cost double or triple the price.

Note. This review is part of our ongoing roundup of the best 4K monitors. Go there to learn more about the competition, what to look for in a monitor, and buying recommendations.

The Asus TUF Gaming VG289Q IPS monitor has a resolution of 3840×2160 pixels. It provides 90 percent of the DCI-P3 color space and supports HDR10 technology for high dynamic range display. The gaming monitor can be synchronized with Nvidia and AMD graphics cards through support for appropriate adaptive sync technologies.

Compared to the ROG series of monitors, Asus has reduced the amount of hardware in its TUF gaming series to keep the price low. For example, most of the red body parts are missing, as well as LED strips. You’ll also find a distinct lack of USB ports, and the monitor has no built-in speakers.

The overall image quality of the Asus TUF Gaming VG289Q is above average. Particularly in games, natural color reproduction is impressive, combined with high contrast and good brightness.

The gaming monitor is mainly suitable for gamers who value high resolution and detailed graphics. The 28-inch display is less suitable for fast and responsive gaming due to the relatively slow IPS panel response time of 5 milliseconds. 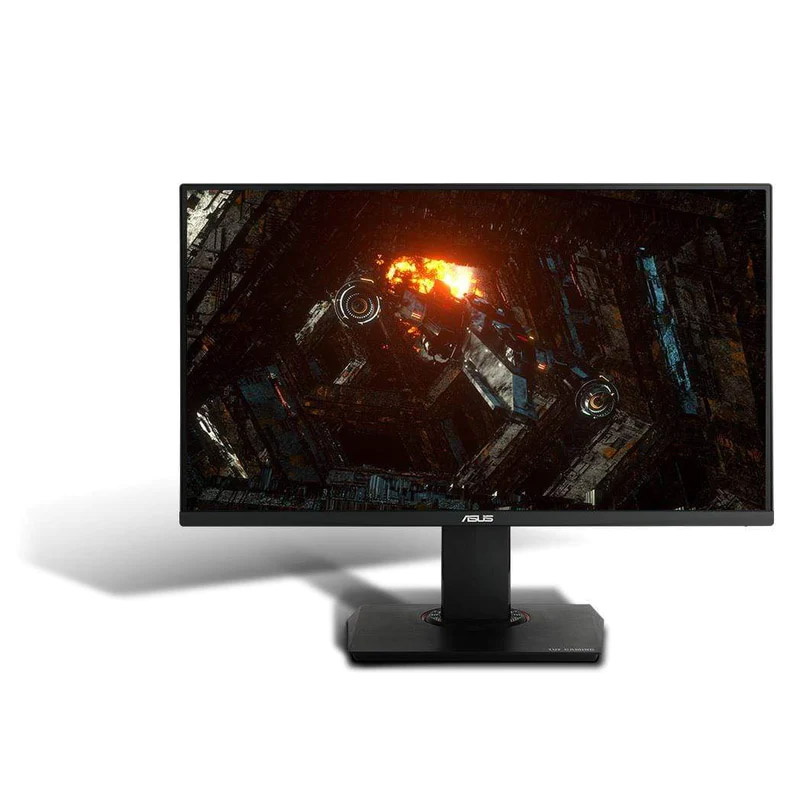 The Asus TUF Gaming VG289Q has two HDMI interfaces and a DisplayPort input. Headphones can also be connected via the audio output.

HDMI and DisplayPort cables are included with the monitor. The three-year warranty included in the package is a nice bonus. 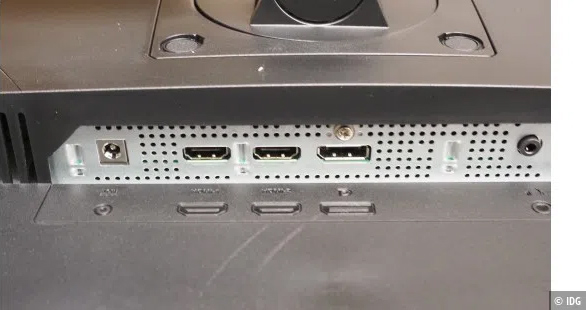 The OSD menu is clearly presented in a table format and offers various features specifically designed for gaming, such as predefined game modes and picture settings. The configuration of the gaming monitor is mainly carried out using a five-way joystick, which is easily accessible on the right rear of the case. Although some functions can even be accessed directly using additional keys.

Unlike materials and build quality, Asus doesn’t compromise on ergonomic adjustment options. The gaming monitor can be adjusted in height up to 6 inches, as well as tilt and swivel a wide range on the stand. Asus makes it easy and convenient to set up and optimally adapt the TUF Gaming VG289Q to almost any location, helping you to play without fatigue. 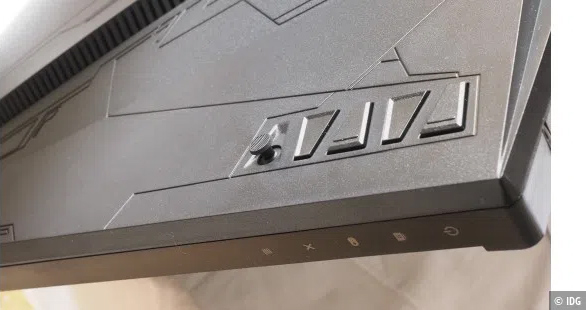 The power consumption of the Asus TUF Gaming VG289Q is about 36W at maximum brightness during operation, which is a decently low value. In standby mode, consumption is reduced to 0.5 watts.

The name Asus TUF Gaming VG289Q speaks for itself: this is a monitor designed specifically for gamers. However, despite its outstanding visual quality and color range, it delivers a refresh rate of just 60Hz, which, while suitable for gaming, is significantly lower than many other gaming monitors. The menu also has some great preset features that you can use for your favorite games to enhance the experience. Ultimately, this monitor is designed to get a 4K display on a budget, and in that aspect it performs with aplomb.

This review originally appeared on PC-Welt, the German sister site of PCWorld.