Homosexual or bisexual, they have sometimes ended relationships out of fear of monkeypox and are “annoyed” by public and private reactions to the growing epidemic: on the first day of a special vaccination service in Paris, patients oscillate between caution and anger.

“I have been trying to get an appointment for three weeks. I called 120 times without success,” said Arno, who declined to give his name to AFP. And in the end gets a niche in place.

“We have an eloquent minister, but the reality is not so good,” scolds this 60-year-old man, “happy” to be vaccinated before his vacation.

On Monday, Health Minister François Braun announced a stockpile cut of more than 42,000 doses of the vaccine and said he “basically has enough doses for a population that is mostly at risk.”

At the Edison Community Medical Center, located near Piazza d’Italia (arrondissement XIII), only homosexuals or bisexuals, sometimes twice eligible, received their initial dose on Tuesday afternoon, a month before the booster dose.

They are met by three administrative agents, two doctors and a nurse. “City personnel only,” emphasizes Pierre-Adrien Engrey, deputy director of supplies and care at the Paris City Hall, who criticizes the government for not acting fast enough in the face of the current monkeypox outbreak.

Mr. Hingrey is hoping for a quick reinforcement of staff and doses to reach a cruising speed of 1,000 weekly shots at Edison.

“Bravo! We held out for three months before the center opened,” Jean-Yves Duinot launches sarcastically, “a little annoyed” because he was “tired of calling everywhere during the week.”

This resident of the Kremlin-Bicetre (Val-de-Marne) believes that he has just recovered from smallpox after suffering a rash, and is not angry at the inaction of the health authorities.

“The pandemic is gaining momentum and that doesn’t surprise me,” says the 51-year-old man, tying it to the HIV epidemic in the early 1990s.

Including in the eyes of loved ones. “It’s not mean, I have a very open family, but I feel a hint of judgment, with the same things I heard in 1990: +yeah, but if you defend yourself…+.”

To protect himself, Karim comes for it. The 44-year-old bisexual, who usually frequents “cruise spots or gay bars,” says he “hadn’t had sex for a while because of the smallpox.”

After contracting Covid-19 in late 2021, Karim’s taste has not fully recovered. So he is vaccinated because of “the fear of unsightly consequences, pain,” and also because this other virus is transmitted to his parents or his partners, “including women.”

The latter is also affected by “the fear of stigma: we bis are accused of transmitting HIV to women. I prefer to take the initiative and avoid risks.”

Arnault, for his part, points to a generational gap with “under 30 years old who care little about such things.” 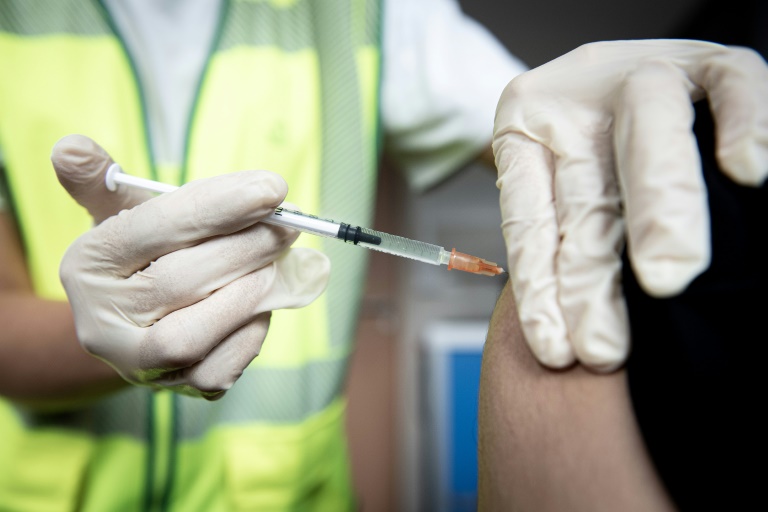 True, in the waiting room, most patients are over 40 years old.

Among the youngest, 19-year-old Alexis has not changed his sex life since the first cases were detected in France at the end of May. But “I’ve been worried about this ever since I saw what it looks like on the Internet,” said this business school student.

Ten or fifteen minutes of waiting to make sure the patient feels well after the injection: nurse Laura Cohen welcomes the “liquid organization”.

People are “more informed, less stressed and more grateful than because of Covid, the atmosphere is more calm and soothing,” this temporary worker estimates.