Inspired by Pokémon, Axie Infinity has become one of the most popular NFT games in just a few years. Focus on this title that combines collection, fighting and blockchain.

Delivering a popular, addictive and competitive NFT game can seem like a real challenge. Yet this is the feat that Vietnamese studio Sky Mavis managed to accomplish with Axie Infinity. Released in 2018, the little game is today a Play-to-win benchmark.

The latter is available for PC, Mac, and Android. While it is not based on the Bitcoin blockchain, it does use the second most popular blockchain, Ethernum. It is attached to the Ronin side chain.

After a timid start where the Axies were only worth a few dollars or were given during competitions, the title is seeing meteoric growth in 2020 and 2021, especially with the creation of its metaverse. Its gameplay is also based on the points that marked the success of the battles of Pokémon or pets in World of Warcraft: collect, breed, fight and resell.

What is the Axie Infinity game?

In Axie Infinity, each player is a breeder of Axies, adorable round creatures with 4 legs and a tail. Axes, however, can reproduce and create new species that can have different horns, wings, fur, or expressions.

Therefore, the player must take care of his Axies so that they live in a satisfactory environment and give birth to a unique offspring whose abilities will depend on the genes of the parents. Because the other important point of Axie Infinity is that little monsters are made to fight.

The player forms a team of 3 axes and sends them into battle. As in Pokémon, each Axie has a type. There are 6 main and 3 secrets. If the types are important, so are the statistics for each axis.

Each monster has a number of hit points, speed, power (which determines if it does a lot of damage per attack) and a morale that affects the chance of critical hits.

Therefore, you must compose your team wisely to create a good synergy between the little monsters. Positioning is also crucial so that the strongest front line can protect attackers behind.

Battles operate on a turn-based system and players can fight in PvE or PvP. In PvE mode, also called Adventure Mode, players face off against AI with a predefined team.

This mode can be useful to familiarize yourself with the combat system, discover the ruins of Lunacia (the metaverse of the game), and strengthen your Axies by leveling up.

However, PvP is the most popular. In it, your Axies team takes on another player’s team in Arena mode. With each victory achieved with his team, the player earns virtual coins that will be used to strengthen his team but also to earn money. 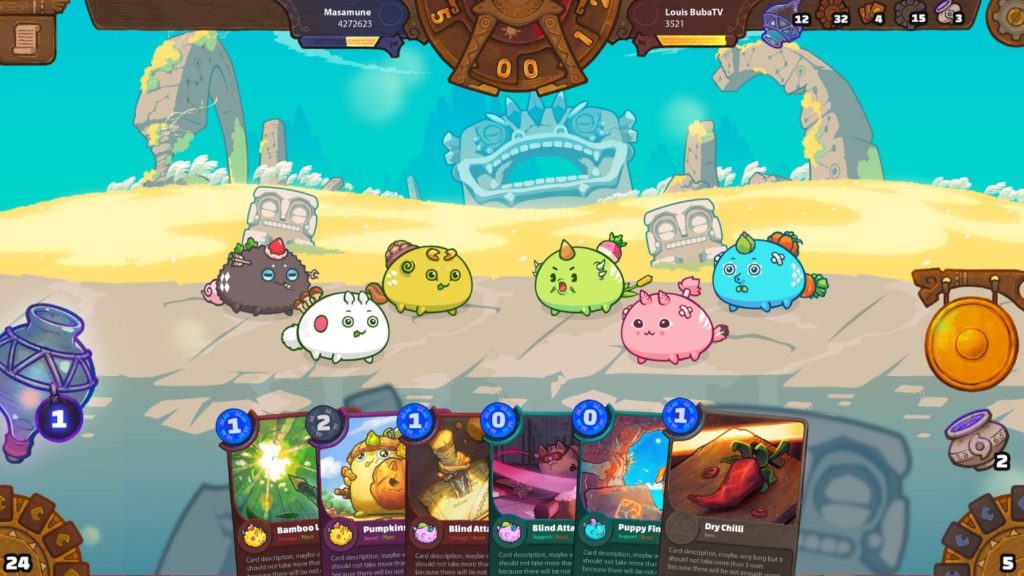 Axie Infinity has 2 types of tokens considered to be in-game currencies: SLP (Smooth Love Potions) and AXS (Axie Infinity Shards). These tokens are essential to progress in the game and win real money.

The fact that the game has Ronin as a sidechain means that users can trade quickly. Additionally, they can complete up to 100 free transactions per day.

How to get these tokens?

SLPs are awarded as a reward to players who have won their battles. On average, he gets between 2 and 6 SLPs per win. A daily quest system also allows you to earn more SLPs. Players can use them to mate two of their Axies to obtain a new monster. 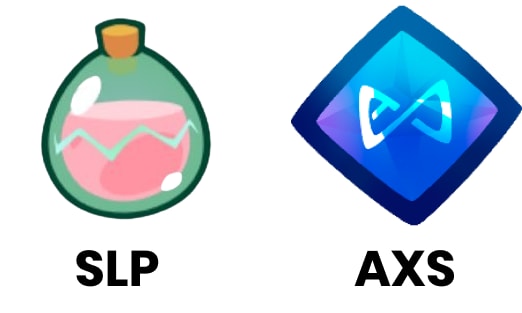 AXS is also required to pay for the mating of your monsters. It is the government token of the game, so owning it gives you the right to vote on future decisions in the game. As it is not a DAO yet, it is not possible to buy these tokens directly from the developers. However, they are available on cryptocurrency exchanges, but their value has peaked.

Hundreds of thousands of players conquered by Axie Infinity

Each axis is an NFT, the player owns each monster he owns. If any of your monsters have high stats, you can easily sell them to earn money. You can also mate your Axies and then sell the pups for real money. The rarest monsters have thus reached record amounts, around 300,000 euros.

A booming market despite a significant initial investment

To buy Axies, you must have a Ronin wallet. Later, you can link it to the game to buy your first monsters. A minimum of 3 axes is essential to start playing. 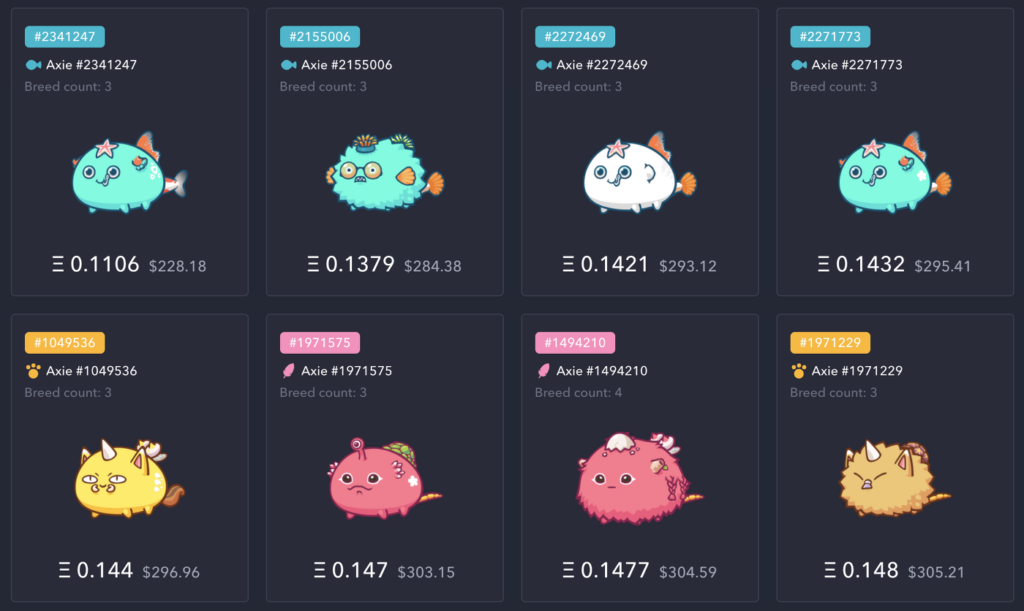 Depending on the economy of the game, you will have to invest around 700 euros before you can start the adventure. But if the investment can be substantial, the player can be quickly rewarded or even reimbursed. In fact, the more you play, the more money you make.

Axie Infinity player, a true profession in some countries of the world

With only 500 active players as of July 2020, Axie Infinity currently registers 500,000 daily active accounts. Most of these players are mainly found in Indonesia and the Philippines, where the game has even become very lucrative. The enthusiasm is such that some players in these countries use the money earned in Axie Infinity to pay their ongoing costs.

The game is growing to such an extent that Axies owners can turn to professional players to advance their monsters and grow their virtual wallets by sharing the profits.

The community is also very active and the game even has PvP seasons rewarded with big cash prizes. Great proof that the game is very popular and that it has all the necessary tools to become a big name in NFT games.