Unlike many projectors that have a versatile profile, the BenQ TH685 is a specialist. Indeed, its very low latency and high brightness make it an ideal candidate for gamers who want to afford games on a screen over 100 inches while leaving some lights on.

The downside is that its contrast ratio and overall picture quality are a bit worse, and when used in its most accurate mode for color, its brightness is essentially the same as the competition. . The short throw distance makes it possible to get a huge image from a coffee table, but due to the lack of lens shift, it limits the installation possibilities compared to other projectors.

The BenQ TH685 is first thought of as a niche product for video games. But out of this role, he leaves a little to be desired. Besides, the cheaper BenQ W1090 offers a higher quality image with higher contrast and comparable brightness in the most precise settings, making it a better choice for versatile use. On the other hand, if your main use is video games and you dream of doing it on a giant section of wall, then the TH685 is ideal.

Like the Optoma HD29He, the TH685 can accept a 4K signal, but it is a full HD projector. Which means ultra HD images will be scaled down to 1080p regardless. Both HDMI inputs are 4K compatible. This projector also supports 3D content (ditto for the Optoma HD29He), but you have to get glasses from a third party brand. 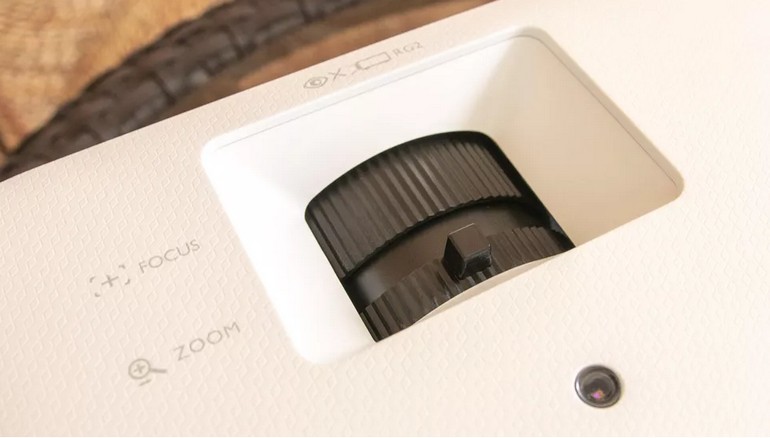 BenQ claims a brightness of 3,500 lumens. In its most precise setting, we measured just over 1,600 lumens. In the brightest mode, the image becomes unpleasantly greenish, but we measured it at 2782 lumens. We do not recommend watching content in this mode for a long time. However, it will work well for a game of video games with ambient lighting. There is no manual lens adjustment and you just have to make do with a digital adjustment that shifts the center of the image up or down.

The projection distance is short. Despite a 1.3x zoom, this requires placement closer to the projection screen than some of its direct competitors. If it is not installed on the ceiling, it should be placed on a low table not far from the screen to obtain a large image.

Lamp life is approximately 4000 hours in normal mode, which is about average. It goes to 10,000 hours in Eco mode, but 35% of the light power is sacrificed. There are two other lamp modes. 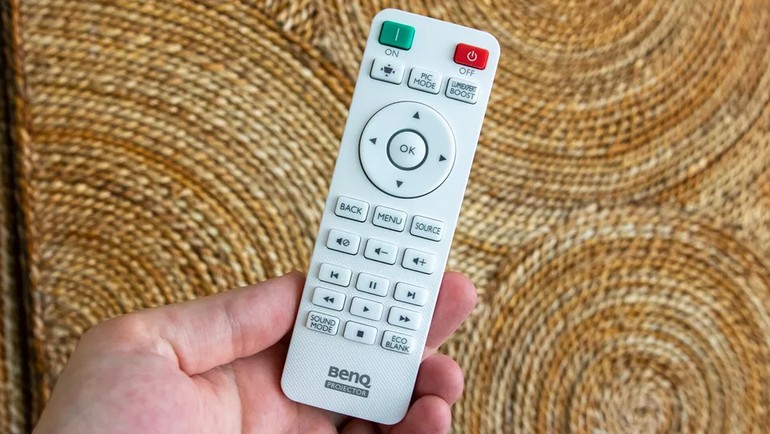 The two HDMI inputs are 2.0 and HDCP 2.2, so they can accept 4K HDR signals from any current source. The USB has a power of 1.5 amps, which means that you can power an Amazon Fire TV Stick type streaming stick.

The video projector incorporates a 5W speaker with modest performance, classic for this kind of small systems. But it is possible to connect an external speaker via the 3.5mm audio output. No optical port, however, and the remote is not backlit, which is a bit annoying. However, it is compact and well organized. 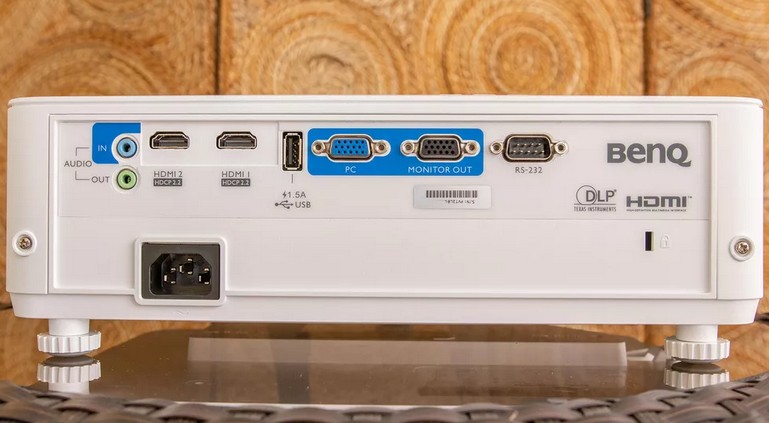 To do this, we connected these three projectors to a Monoprice 1×4 splitter, and viewed content with a 102-inch diagonal at 1.0 gain. The TH685 delivered a render between the Optoma and the W1090, sharing the above-average color accuracy of the W1090 and the good contrast ratio of the Optoma.

The color fidelity of the TH685 is a very good thing and rather rare among projectors in this price range, which tend to sacrifice a lot in favor of brightness. The TH685 has both, which is nice. 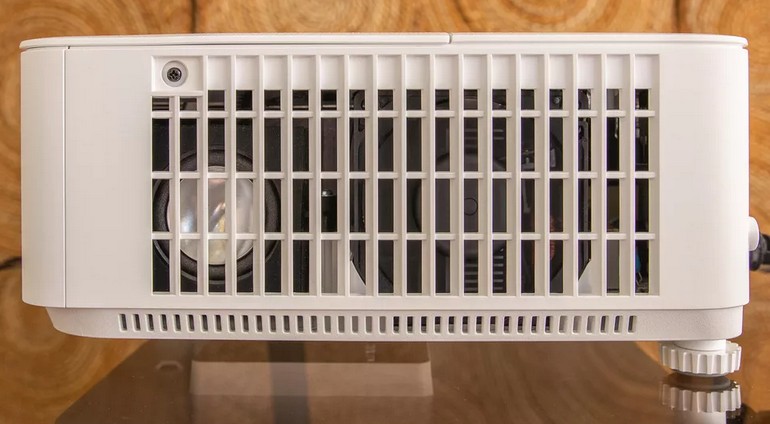 Regarding the contrast ratio, the advantage still goes to the W1090 which is almost three times more contrasting. This results in an image with more depth and punch. In comparison, those of the Optoma and TH685 seem flat.

Since the W1090 is not HDR compatible, we tightened the last part of our test on the Optoma and the TH685. The final showdown on planet Crait in The Last Jedi provided us with excellent support. The TH685 had more natural colors while the Optoma tended to green.

On the other hand, the latter better reproduced the blue of the sky. But in the end, the TH685 wins thanks to its greater brightness and higher color accuracy. Still, neither of the two video projectors brought any real difference in rendering in HDR compared to an SDR source.

Unfortunately, the W1090 is no longer sold, replaced by this TH685. We will therefore tend to recommend its direct competitor, the Optoma HD29He, or the BenQ W1720 for those who can afford to add money to the balance:

There are two things that stand out from the TH685: its brightness and its color reproduction. It is very appreciable that a video projector combines these two qualities. Add to that its low latency and we have a product that could be suitable for a lot of video game enthusiasts. And yet, the W1090 was more interesting because it had a significantly higher contrast ratio. In addition, its game mode offered equivalent latency to that of the TH685, and it had a lens shift system.

We therefore have a TH685 somewhat lower compared to the W1090 which is a great pity. The TH685 remains ideal for users who need a lot of light, either for a giant screen or to leave lights on in a room. But if that’s not your case, then there are quite a few more interesting options.