Whether you’re buying a new laptop for school or trying to find a high-end gaming laptop, Black Friday can be the best time of the year to find laptop deals. This year, more so than years before, you should act fast. (It’s still possible, because even though Black Friday is over, many deals persist through the weekend.) The ongoing supply chain shortages mean that there may be fewer PCs this holiday season and they might take longer to ship. We’ve provided a handy list of laptop-specific shopping tips at the end of this post, and immediately below are the deals themselves.

Mind you, not all advertised laptop deals are actually deals, so we’ve only included the ones we consider actual bargains—and we’ve explained why. Right now, there’s a bunch to choose from. We’ll add new laptop deals as we see them as well as note which deals have sold out. Right now, we’re seeing strong discounts on gaming laptops, Microsoft Surface devices and Dell laptops. We’re keeping tabs on Black Friday laptop deals as they happen! If you’re looking for a Chromebook we have a round-up of best Black Friday Chromebook deals as well.

Dell’s XPS laptops consistently receive some of the highest review scores on PCWorld, including the Editors’ Choice Award we awarded the 2020 XPS 13 in our review last year. Dell has put the more modern 11th-gen XPS on sale for Black Friday, with 8GB of memory, 256GB SSD and a 13.3-inch 1080p screen. If you want a small, powerful, laptop, we’d absolutely recommend this deal.

See the Dell XPS 13 on Dell.com

The lowest price we’ve seen for this laptop was $1,260. Expect this terrific deal to sell out quick! 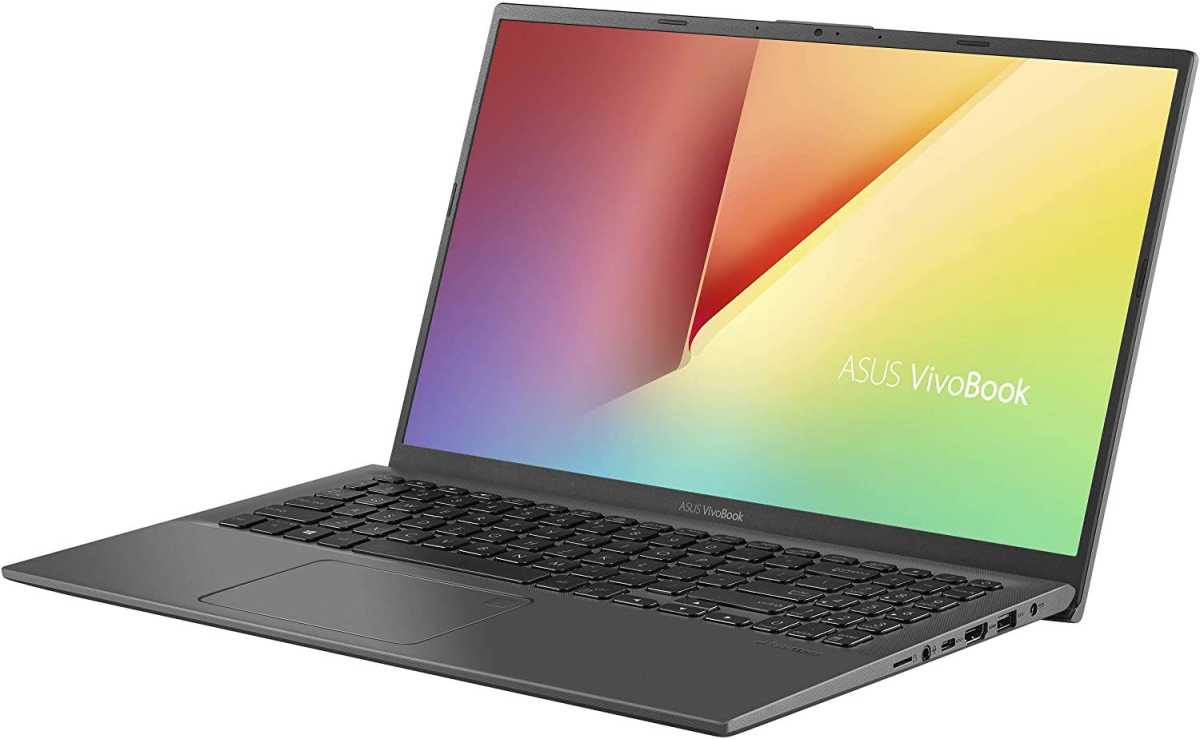 This affordable laptop is our top pick for the best budget laptop you can buy during Black Friday 2021. It’s loaded with Intel’s 10th-gen Core i3 processor, a 15.6-inch 1080p display, and a 128GB SSD. Sure, these aren’t Dell XPS-level specs, but hey, it’s only $280! It also includes nice add-ons that you wouldn’t typically see at this price level: a backlit keyboard, an SD card reader, and weigh-in of less than 4 lbs. It’s a shame it’s limited to only 4GB of memory, but wow—it’s a lot of Windows laptop for a price that’s firmly Chromebook territory.

See the Asus VivoBook 15 at Staples.

We reviewed the 15-inch Samsung Galaxy Pro 360 earlier this year and awarded it an Editor’s Choice award for its ultra-thin, ultra-light chassis, beautiful display and audio, and long battery life. We’d expect you’ll receive a similar experience from the 13-inch model. The only real knock against this laptop was its premium price, which the Black Friday discount alleviates.

Razer gaming laptops like the Razer Blade 14 score very, very well in our tests, and we expect you’ll like this Razer Blade 15, too, paired with a massive price cut. Yesteryear’s premium gaming laptop is today’s quasi-budget gaming laptop: There’s a 10th-gen Core i7-10875H hiding behind the 300Hz 1080p screen, paired with an GeForce RTX 2080 Super GPU. Inside is a 1TB SSD and 16GB of RAM.

This premium “Evo”-class 360-degree convertible laptop is on sale for 33 percent off for Black Friday, and appears to be at its lowest price in months. Inside is an 11th-gen Core i7-1165G7, 16GB of RAM, and a 1TB SSD. Though the display is “just” 1080p, it’s a Samsung OLED, which means it will look fantastic. Yes, this is a premium general-purpose laptop, and priced well to boot. The only things to watch out for? All the ports are USB-C (not Thunderbolt), necessitating a USB-C dongle for legacy devices. The webcam isn’t really fantastic, either, possibly necessitating a standalone webcam.

Acer’s Nitro 5 is now at an all-time low, down from $727 in August. This budget gaming laptop houses a Core i5-10300H processor, RTX 3050 graphics, and a 15.6-inch 144Hz screen. There’s only 8GB of memory and a 256GB SSD, though, which looks very similar to other discounted budget gaming laptops in this roundup.

(Amazon appears to be playing some pricing games — this deal was originally assigned an $949 MSRP earlier, and the price has since dipped by about $10. Ignore this, as this is still a solid deal.)

See the Acer Nitro 5 on Amazon 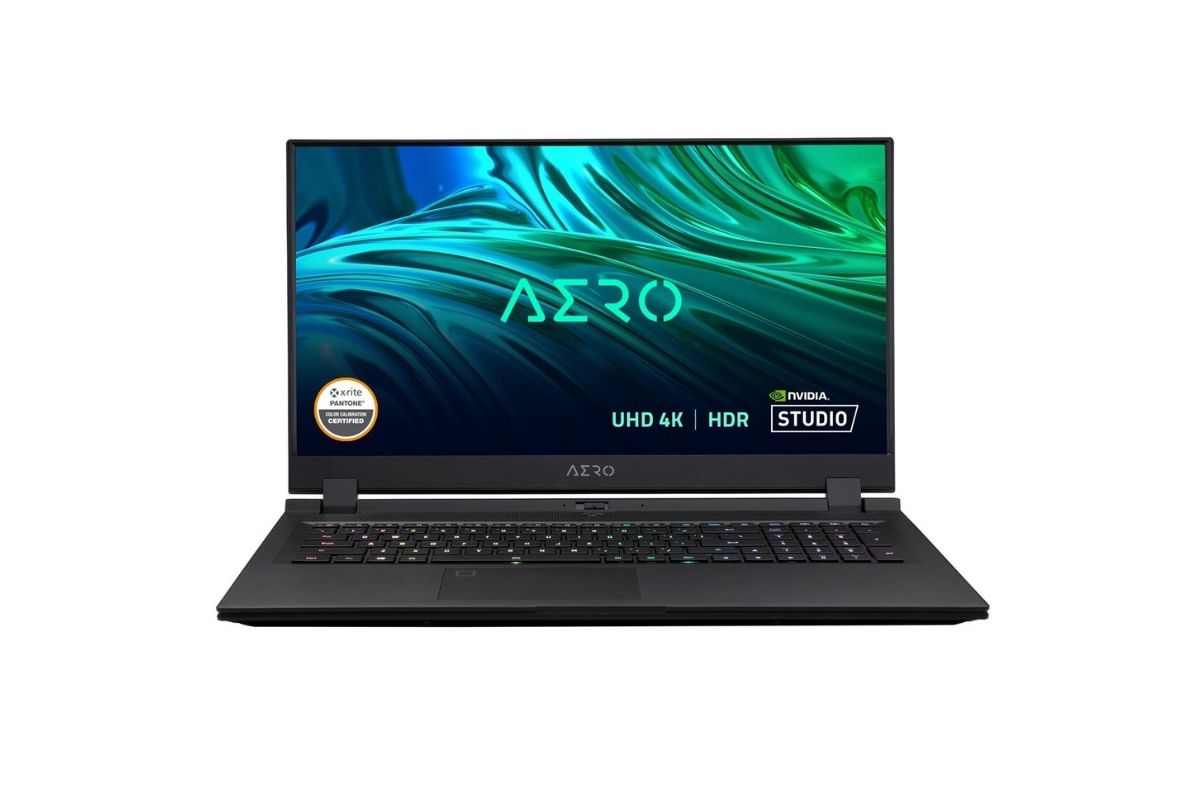 If you’re looking for a premium powerhouse to play games on, the Gigabyte Aero HDR 17.3-inch is a great option, as it has some seriously powerful guts. Inside you’ll find an Nvidia GeForce RTX 3070 graphics card, an Intel Core i7 processor, 16GB of memory, and 1TB of SSD storage.

Microsoft’s Surface Pro 7 debuted in Feb. 2020, and our Surface Pro 7 review showed that it absolutely dominated the laptop market. Sure, we now have the Surface Pro 8 (with Thunderbolt), but this is the right SP7 configuration at a very good price. 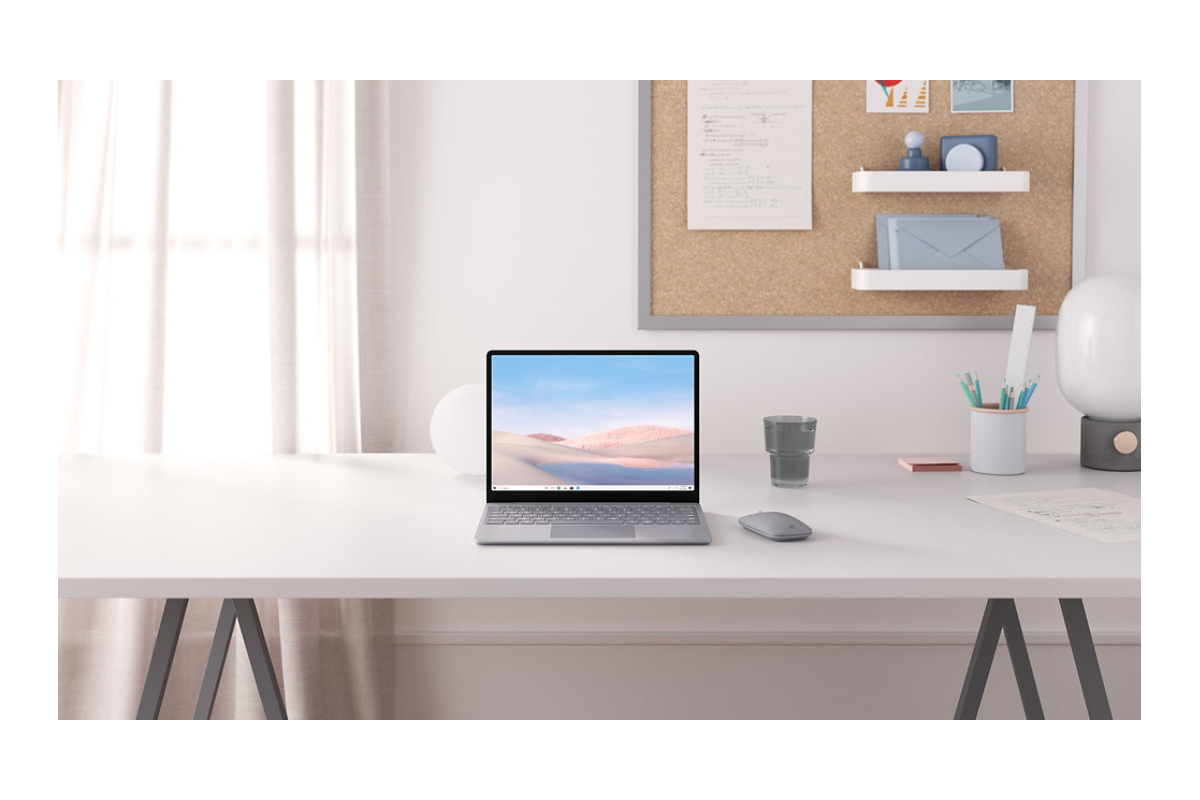 We gave the Microsoft Surface Laptop Go, Microsoft’s 12.4-inch budget laptop, 3.5 stars out of 5 in our Surface Laptop Go review. We felt it was a little overpriced. Dropping the price by $200 on its premium version (Core i5/8GB RAM/256GB SSD) certainly helps! Just be aware that the Laptop Go’s display is sub-1080p quality—but, in our experience, it didn’t really matter. 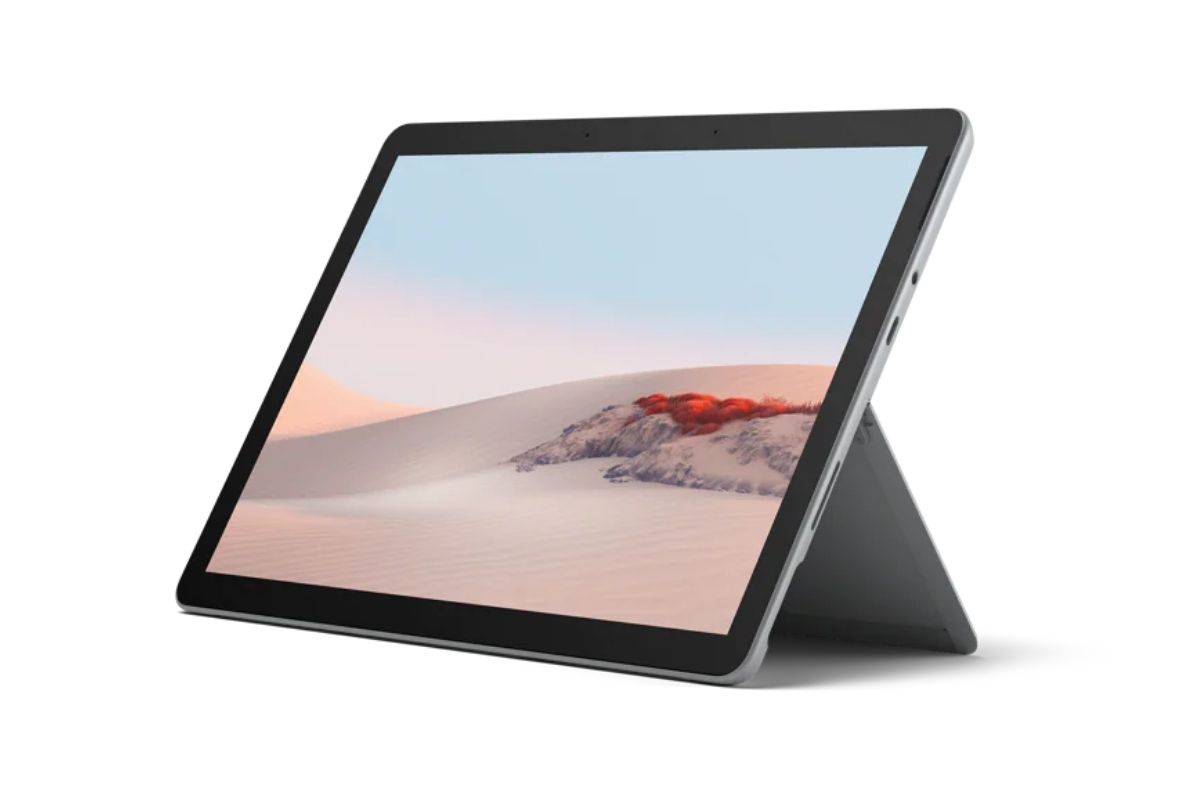 The Microsoft Surface Go 2 is the perfect travel companion because it’s so compact and lightweight. In addition to its miniscule size, the display is exceptionally bright and the fanless design means it’s quiet. However, the essential Type Cover keyboard is sold separately at $129.99, so it’s not quite as cheap as it seems at first blush—but this is still a great price for this laptop-tablet hybrid. You’ll also find $150 off models with a more powerful Core M3 processor. 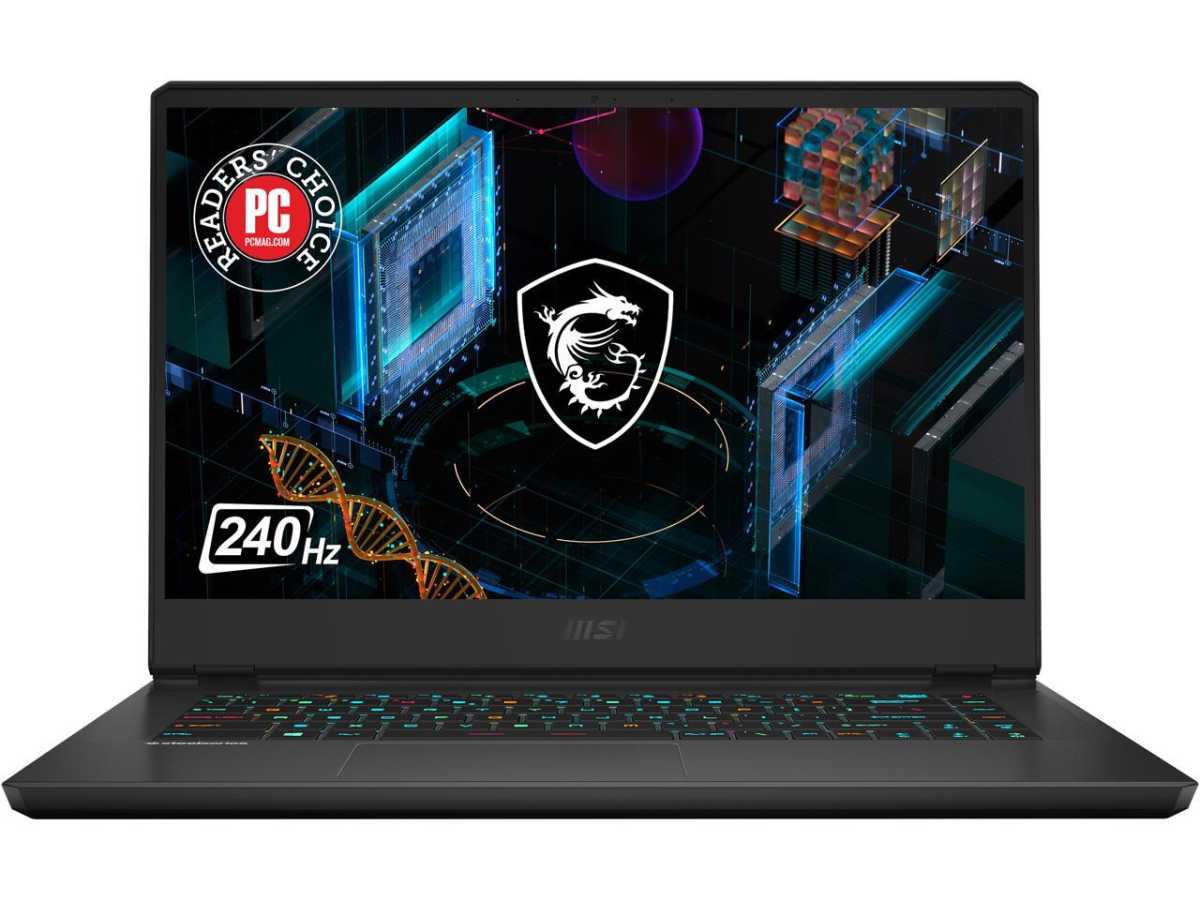 If you’re looking for a powerful gaming laptop to take with you to college, the MSI GP66 Leopard 11UH-032 is where it’s at. Under the hood, you’ll find 16GB of memory, 1TB of NVMe SSD storage, and an Nvidia GeForce RTX 3050 GPU behind a 240Hz display. It also has a diverse selection of ports, which eliminates the need for an adapter.

If you’re looking for a steady, dependable, general-purpose PC, the Lenovo Ideapad Slim does the trick. With an 11th-gen Core chip, 14-inch 1080p screen, 8GB of memory, and a 512GB SSD, there’s nothing that particularly stands out. At the same time, nearly a third off the price is simply a solid deal. For reference, here’s our review of a related IdeaPad Slim.

See the Lenovo Ideapad Slim 7i 82A60015US at Microsoft

The larger cousin of the IdeaPad Slim 7i, this is an Evo PC, the premium Intel collaborative brand with PC makers. Inside it is a Core i7-1195G7, 16GB of memory, and a 512GB SSD. The selling point? a lovely 14-inch 4K touchscreen and a lovely, leather-bonded chassis.

See the IdeaPad Slim 9i 82D2000QUS at Microsoft

Our review of the last-gen Envy 17t sums up this laptop quite nicely: a massive 17-inch screen is this laptop’s appeal, complete with a wide variety of ports to counteract the hefty 5.6lb weight. Expect performance to be decent, though not outstanding, with solid audio. The HP Envy keyboards are excellent.

If you were considering the Lenovo deal above but prefer a Dell instead, basically the same configuration (Intel 11th-gen Core i5/8GB RAM/512GB SSD) with a 14-inch display is on sale for the same price. 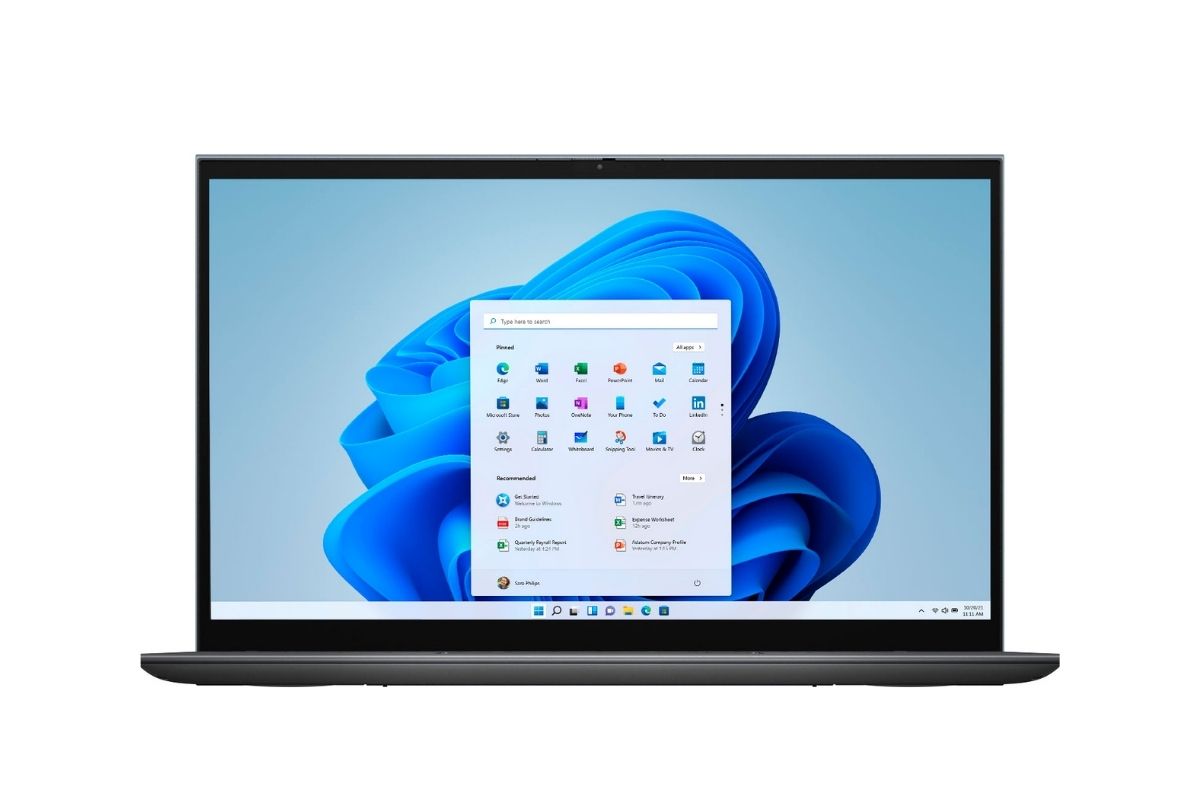 The Dell Inspiron 7000 2-in-1 is a good option for most people, as it’s pretty well-rounded. The AMD Ryzen 5 5000 Series is considered a medium tier processor that’s zippy enough to handle most tasks. The Inspiron is also packing 8GB of memory, and integrated Radeon graphics in its processor. In other words, it’s capable of multitasking and some light gaming.

If you love big, lightweight general-purpose productivity laptops with high-resolution screens, the LG Gram 16-inch fits the bill. Weighing in at just over 3.2 pounds (light for a 16-inch laptop!) the Gram boasts a 16-inch 2,560×1,600 IPS display, just a bit more than a 1440p display. We’ve seen this laptop for $1,799.99 elsewhere, so even the “MSRP” is a discount. Note: This is a Costco deal, so you’ll need to be a member to be able to access it. 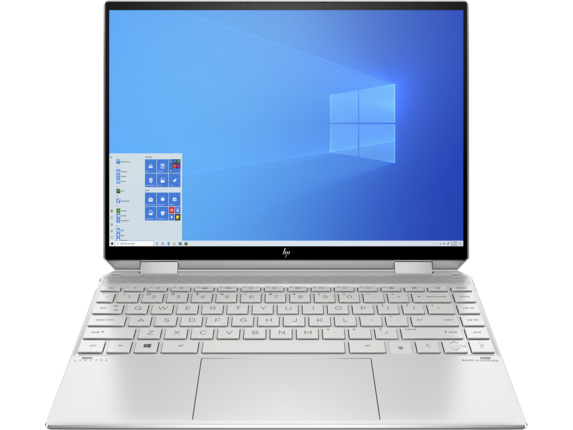 If you’re looking for the best thin and light laptop money can buy, you’ve come to the right place.

This 14-inch HP Spectre convertible strikes a great balance between performance (from Intel’s Tiger Lake CPUs) and design, even if it’s a little on the heavy side at 3 pounds. Its 1920×1280 IPS display is another highlight, whether you’re making use of the 360-degree hinge and touchscreen or not. The deal highlighted here is on the model we reviewed, but all configurations are currently discounted.

A good place to start is with the processor. Buy laptops with Intel 10-series Core chips or higher, such as the Core i5-10510U, or the Core i7-11800H (for even more details see our Intel 10th-gen mobile CPU buying guide); or go with an AMD Ryzen processor (but not an AMD Athlon or A-series chip). Avoid laptops with Pentium or Celeron processors unless it’s a Chromebook (running Chrome OS). You’re going to need to pay attention with gaming laptops, too, as some GPUs, like the RTX 3050 Ti, don’t offer much boost over their RTX 2xxx-series cousins, and Nvidia has dropped the Max-Q designation on certain low-power options. Our laptop CPU and GPU cheat sheet can help you shop smart.

Display resolution is a gotcha.

Don’t buy laptops with 4GB of RAM or 128GB of SSD storage—though on a Chromebook, this configuration is acceptable. We have more explanation in our laptops versus Chromebooks buying guide, as well as in our primer on how to buy a budget Black Friday laptop without getting screwed.

Reviews can be helpful. Even if you can’t find a review of a specific configuration, try related models. They’ll often give you a good idea of the build quality and performance. Also buy from brands you trust. Amazon’s daily laptop deals right now are full of brands we’ve never tested or talked to (Broage, Teclast, DaySky, Jumper) and it’s just a good idea to be wary.

Most older laptops will run Windows 10, and that’s fine—there’s no rush to upgrade. Windows 10 S, though annoying, can be switched out of easily if you find it on a budget laptop. If you want to buy a Windows 10 PC with the intent of upgrading it to Windows 11, we recommend you start here with a list of older laptops that are Windows 11-eligible.

Where can you find Black Friday laptop deals?

Updated on November 26th with additional deals for Black Friday, and to remove expired deals.

As PCWorld’s senior editor, Mark focuses on Microsoft news and chip technology, among other beats. He has formerly written for PCMag, BYTE, Slashdot, eWEEK, and ReadWrite.