Recapture: Will the end of this week allow Bitcoin (BTC) to build bullish momentum that will finally reverse the downtrend of just over two months? Bitcoin is approaching important thresholds weekly and monthly.

Bitcoin (BTC) daily course is brought to you in partnership with Trading du Coin and its algorithmic trading solution finally accessible to people.

Bitcoin Above $43,000 Despite Chilly Russian Wind

The markets do not seem to have been affected by the revelation of the Russian central bank’s intentions to crack down on bitcoin and cryptocurrencies in general, with bans that would even affect bitcoin mining.

A chart shared by analyst William Clemente shows that a sustained breakout of $43,375 would have resulted in a reversal of the downtrend that has been in place for more than two months. 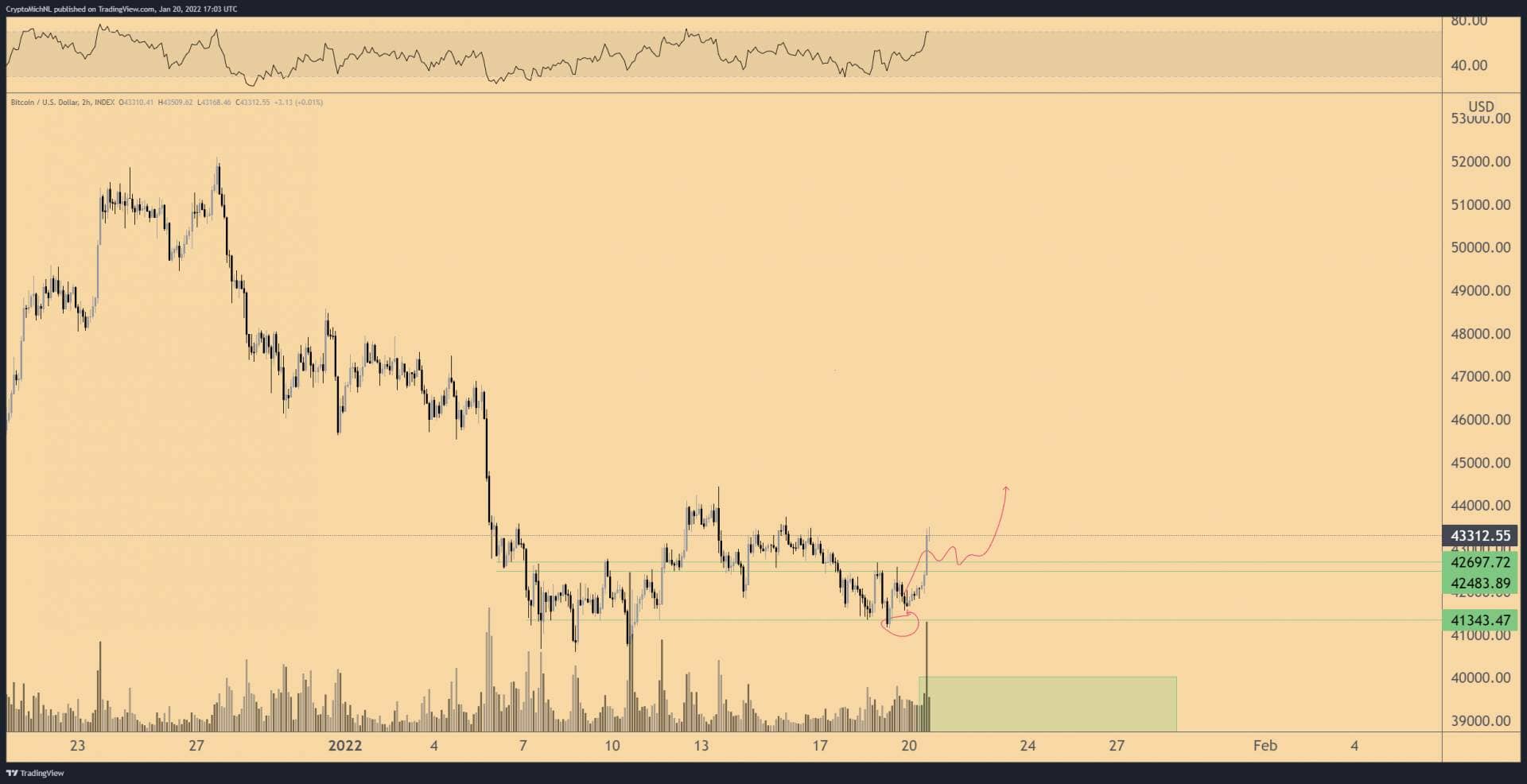 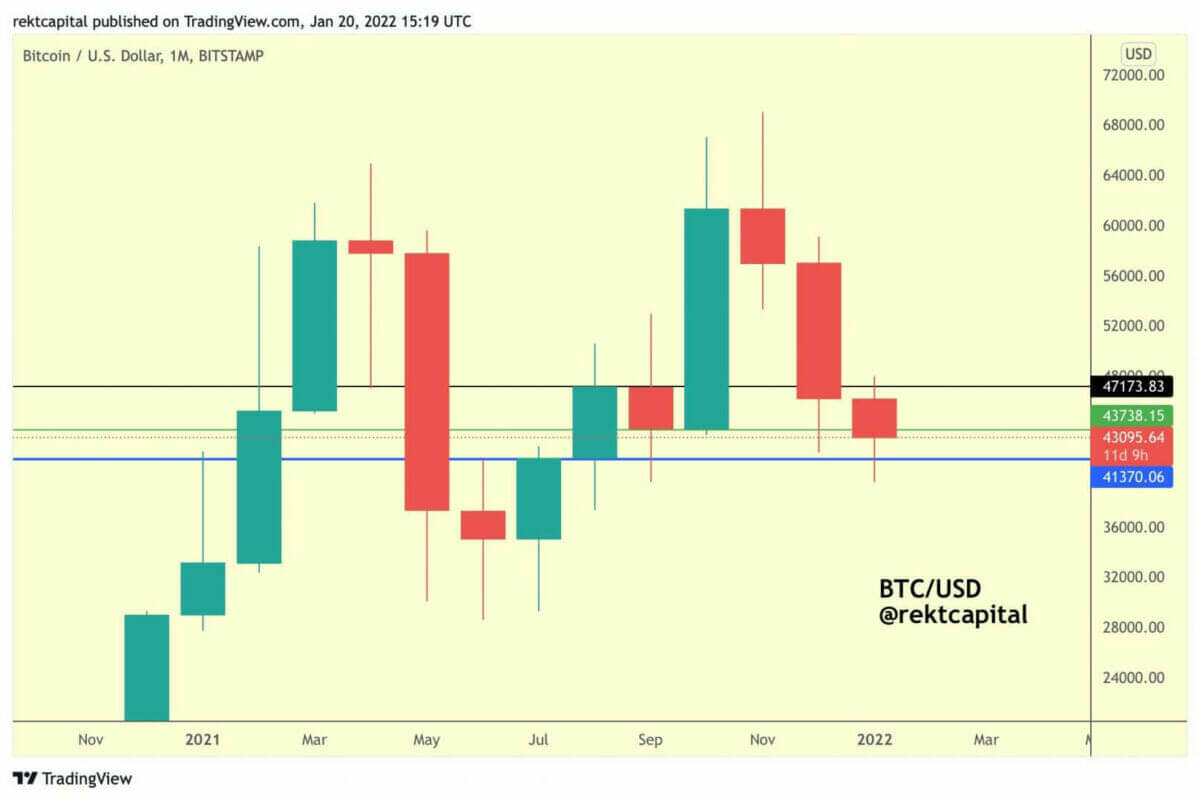 On a shorter time frame, Rekt Capital believes that a weekly close above $43,100 would allow Bitcoin to build on the current bullish momentum. 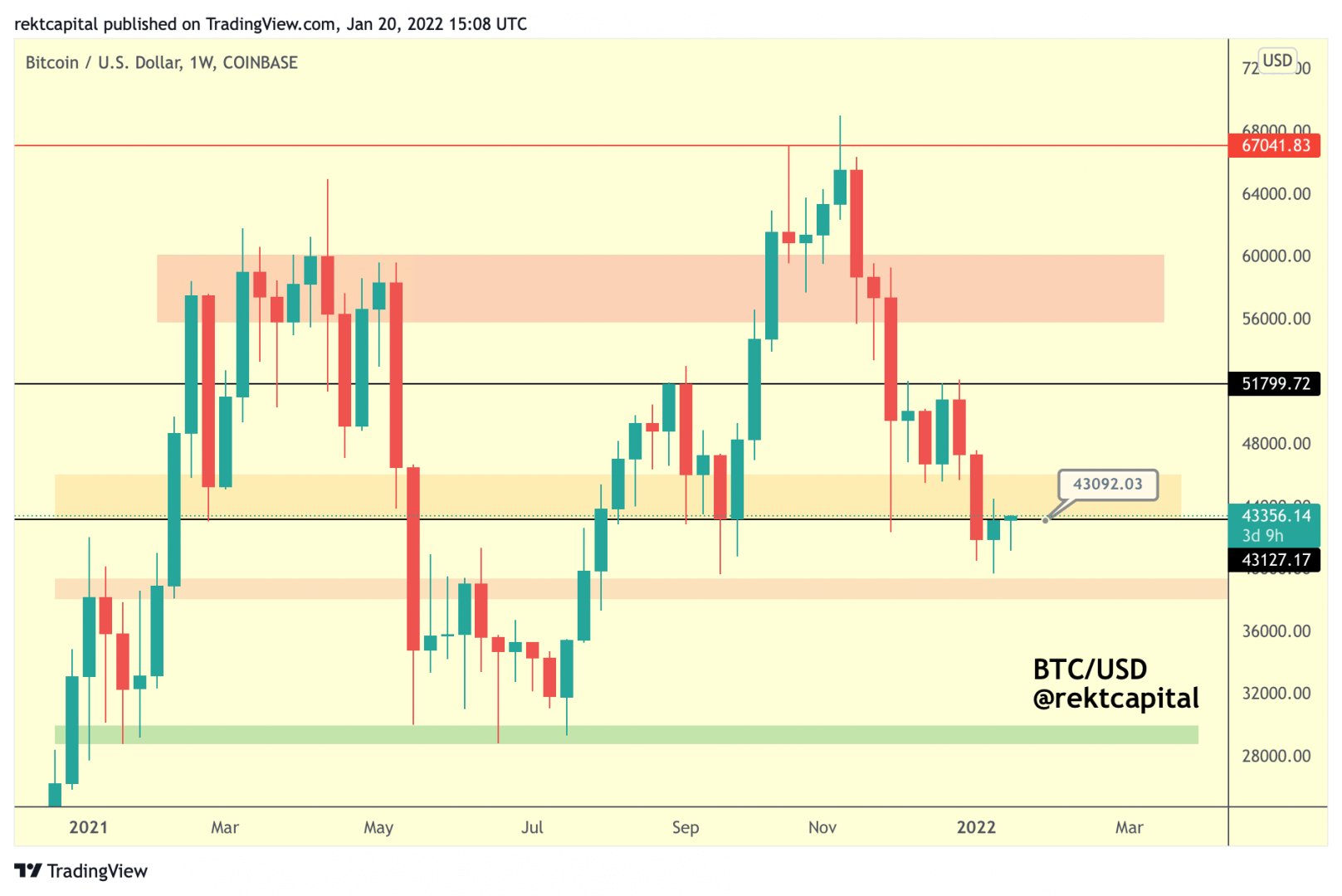 The bulls at the moment are reducing the probability that the scenario of a final test at $38,000 becomes a reality. Key levels are set, this week’s weekly close will already show if the markets are reversing the downtrend or if the dominance of the bears will extend further into the week ahead.

Is it possible to be a winner every time? Whether the bitcoin price is in great shape or going through turmoil, Coin Trading offers you to increase your chances of success. In fact, Trading Du Coin allows people to access a 100% automated and algorithmic trading tool. A true trending mechanism, this tool was designed to adapt to market reversals and position yourself on the most dynamic crypto assets of the moment.