Good time to buy a console and games! Black Friday is an opportunity to find great deals on next-gen consoles and find your favorite games at a very attractive price.

Whether it’s the desire to please you or the anticipation of Christmas gifts, our selection of games will allow you to run a great business on consoles and games. The Xbox Series X and S are especially interesting during this Black Friday period. You will also find various games at great prices on all platforms, PS5 such as Xbox or Nintendo Switch.

If you’re not sure which game console you need, check out our guide “Which console to choose?” “. 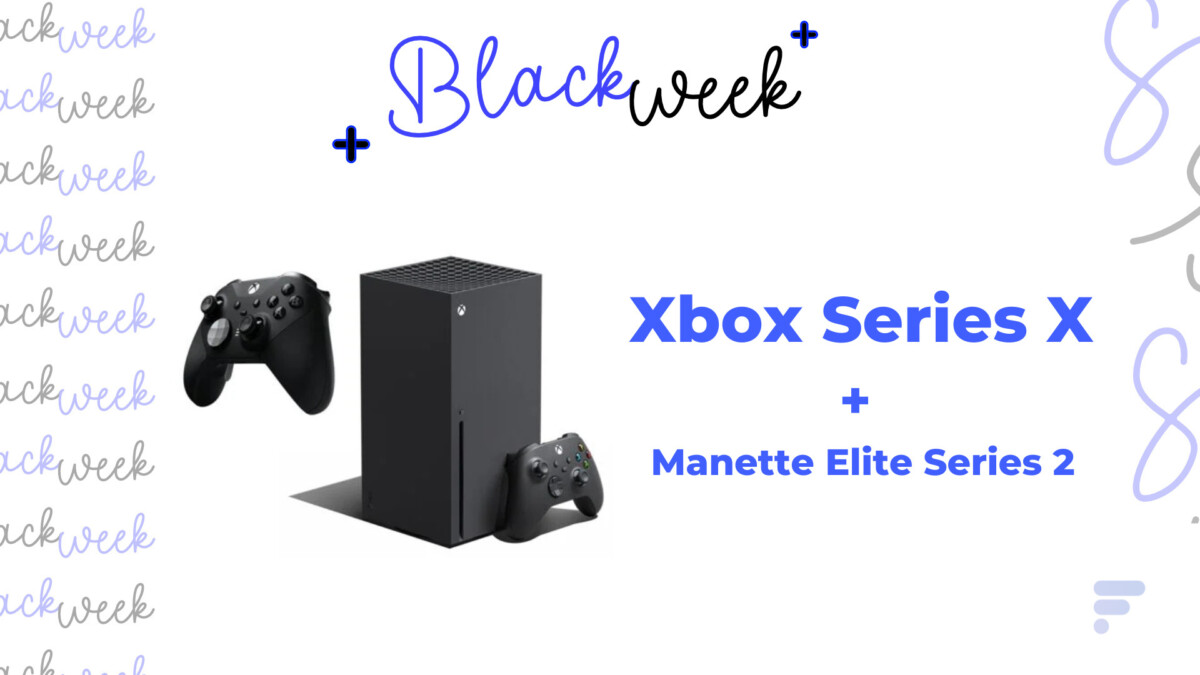 The Xbox Series X is Microsoft’s most powerful next-generation console yet. Released in 2020, it sells for 499 euros in normal times. It is offered here at a price of 614.95 euros bundled with a premium controller, namely the Xbox Series 2. It usually costs 149 euros: so you save 30 euros.

Allowing you to display games in 4K, the Series X has 1TB of storage and is also fully backwards compatible with all Xbox One games and select Xbox 360 games. There’s also ray tracing!

Also, keep in mind that through the console, you can access the entire Xbox Game Pass catalog for €10/month (console-only subscription) or €12/month (Ultimate subscription). , PC + console access). 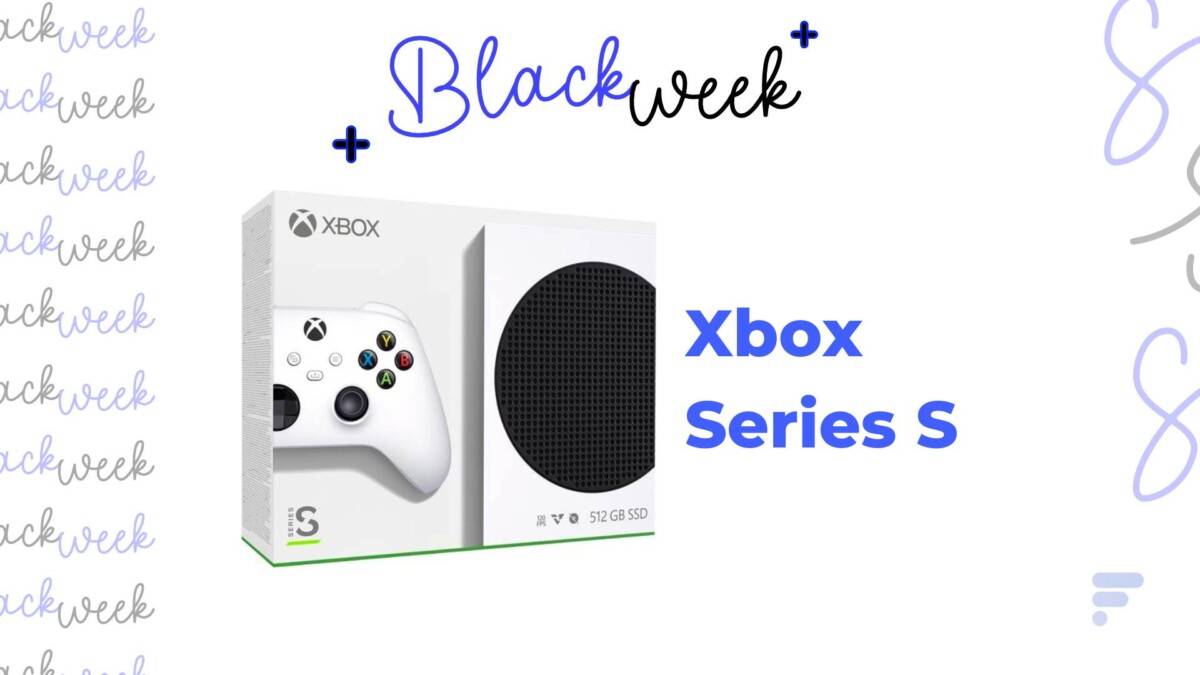 Microsoft also has a younger sister of the Series X, namely the Xbox Series S, which is also discounted. Electrodepo sells it for 219 euros instead of the usual 300 euros. It is also available for €229 on Amazon, Fnac and Boulanger.

The Xbox Series S is smaller but also less powerful than the Series X. With less graphics power, it will be able to display games in Full HD instead of 4K. Its SSD is furthermore limited to 512GB. This will be of interest to casual gamers or those looking to take advantage of Xbox Game Pass cloud gaming. 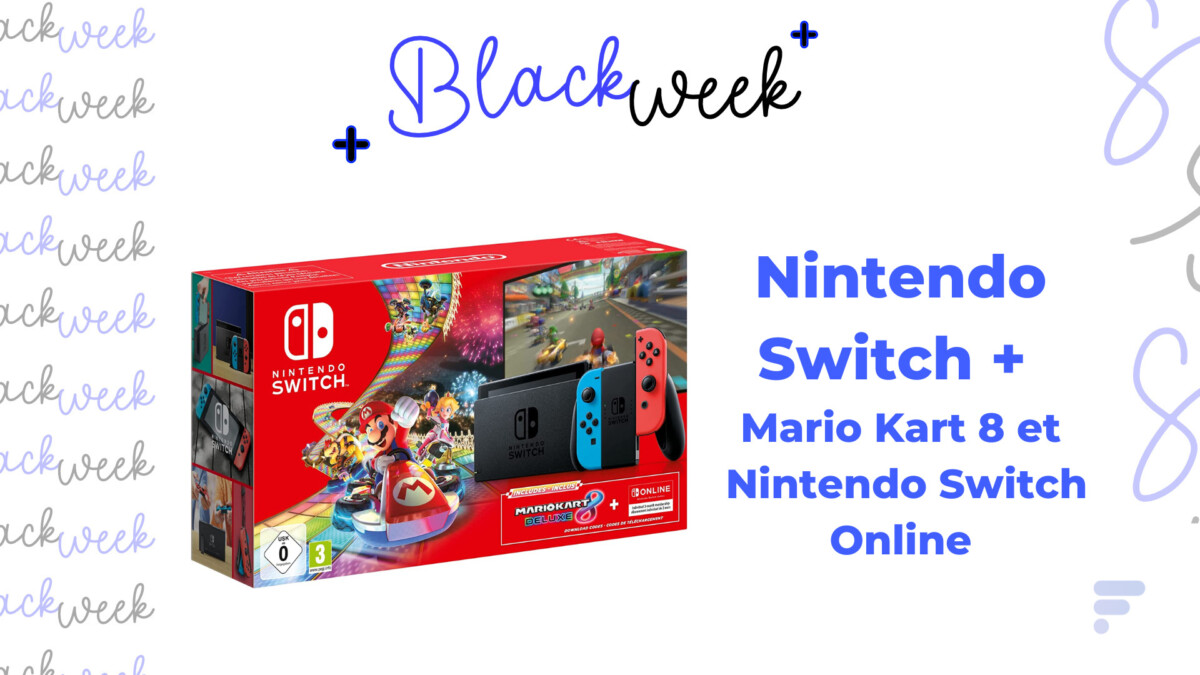 Nintendo fans will appreciate: A bundle containing the Nintendo Switch, Mario Kart 8 Deluxe racing game and a three-month subscription to Nintendo Switch Online is on sale on Amazon for 269 euros.

So you’ll have the classic Switch in neon as well as the very successful Mario Kart 8 in dematerialized form. As a bonus, you get a three-month access code to Nintendo Switch Online, which is required to play online. Great gift idea for Christmas or if you were just waiting for the price of the hybrid console to drop a bit…

Many video games are also on sale at bargain prices during Black Friday. If you already own a console and want to add it to your library, here are the best deals and promotions right now.

The UFO that is Death Stranding, released in 2019, is benefiting from a pretty impressive price drop on Amazon as well as Fnac. Its PS5 version offers a 60% discount for just €19.99.

The just-released Gotham Knights game is discounted on both PS5 and Xbox. This role-playing game will immerse you in the underworld of Gotham. It currently costs €39.99 on PS5 and €42.45 on Xbox Series instead of €50.

Fnac is selling Forza Horizon 5 for Black Friday, offering it for €29.99 instead of €70. A great opportunity to test the famous open world racing game released in 2021.

However, for bitumen lovers, Gran Turismo 7 is available on Amazon for €34.99 instead of the retail price of €65. It is also sold in a PS5 version.

The Quarry is the successor to Supermassive Games’ scary Until Dawn. On Amazon, the PS5 is currently only €20, just like the Xbox Series. Scenario game with multiple choices, perfect for playing with others.

Nintendo Switch games rarely benefit from discounts: this is currently the case with the just-released Sonic Frontiers. You can get it for 29.90 euros instead of 60 euros at the original price.

Black Friday hasn’t officially started yet as the event’s start date is set for Friday, November 25th, but most online retailers have already begun sharing their best deals under the Black Week sign, the week before Black Friday. Here are the Black Friday deals that are already available in French online stores.

You can also find our selections by topic:

It’s recorded! Keep an eye on your mailbox, you will hear us!

Don’t miss any good plan with our newsletter

The data submitted through this form is for Humanoid, the publisher of the Frandroid website, as the data controller. They will under no circumstances be passed on to third parties. This data is processed subject to your consent to be sent to you by e-mail news and information regarding editorial content published on Frandroid. You can object to these emails at any time by clicking on the unsubscribe links provided in each of them. For more information, you can read our entire personal data processing policy. You have the right to access, rectify, delete, restrict, portability and object for legitimate reasons in relation to personal data concerning you. To exercise one of these rights, please submit a request through our special request to exercise rights form.