The fighting game Blazing Strike is eagerly awaited by the veterans of the FGC (Fighting Game Community) because it is clearly inspired by the 2D hits of SNK. Originally scheduled for release this fall on Nintendo Switch, PlayStation 4/5 and PC, developer RareBreed Makes Games and publisher Aksys Games have just announced a spring 2023 pushback. It’s better to wait a bit before getting a loud game. Bad for good.

After many examples of games released in poor condition, we prefer that developers spend time refining their projects. But it still makes us sad, because we have literally been writhing with impatience since the discovery of the first images of Blazing Strike. The revival of the good old against fighting in 2D with SNK sauce. Dream for many. In the meantime, the gameplay is revealed a little more. Light, medium and heavy punches and kicks, as well as three defensive moves: blocking, defending and parrying. A bar called Rush Meter that allows you to perform combos and special moves that, when it is empty, will make our character go crazy for a short time. All this, like the implementation, demonstrates a classicism that should not cause us displeasure. 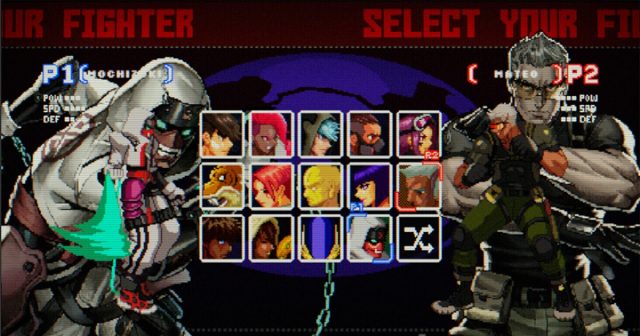 Blazing Strike, which was clearly expected by many, has therefore been delayed and should be released in the spring of 2023 on Nintendo Switch, PlayStation 4/5 and PC. Paying a bright tribute to the classics of the genre, we will follow the development of the project with undisguised impatience.