Thus, Blood Bowl 3 will be released on February 23, 2023. This is indeed what Nacon announces in an official press release, reminding that the game is planned for Xbox Series X, Xbox Series X, Xbox One, PS5, PS4 and PC. To mark the occasion, the publisher is even offering to watch a trailer that introduces the various factions present in the game, as well as arenas where they can settle their scores. Moreover, among the factions that will be available at the launch of Blood Bowl 3, four will be available for the first time: the Black Orcs, the Imperial Nobles, the Old World Alliance, and the Chaos Renegades. Whichever race you choose, the developers of Cyanide Studio guarantee that it will have its own characteristics and specific content.

In addition to the single-player campaign and plenty of customization options, the game will also include competitive modes to compete against other players on the planet. Official ranked seasons will be introduced, not to mention regular challenges and temporary game modes. In short, purists should enjoy. 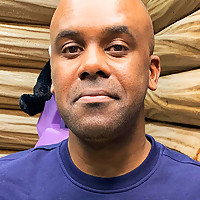