Deforestation in the Brazilian Amazon reached 904 km2 in October, a record for this month of the year, less than two months before the end of far-right President Jair Bolsonaro’s mandate, according to official figures released on Friday.

The DETER satellite observation system, in use since 2015, recorded a 3 percent increase in deforestation in the largest rainforest on the planet compared to October 2021.

The data was collected by the National Institute for Space Research (INPE).

In just ten months, 2022 has already become the worst year in this Amazon deforestation statistic, with 9,494 km² of vegetation removed from the map, breaking the record of 9,178 km² for all of 2021.

The Brazilian branch of the non-governmental organization WWF emphasized in a press release that deforestation and fires in the Amazon “exploded” after the results of the presidential election.

On October 30, Jair Bolsonaro, accused by environmentalists of aiding the destruction of the Amazon, was beaten with a short head by left-wing ex-president Luiz Inacio Lula da Silva (2003-2010), committed to the fight for zero deforestation.

“An increase in deforestation (in October) was expected, but the preliminary data for the first days of November are frightening, this is a real furious race for deforestation” before the change of power, WWF complains.

Under the chairmanship of Jair Bolsonaro, the average annual deforestation has increased by 75% compared to the previous decade.

President-elect Lula, who will begin his third term on January 1, confirmed on Thursday that he will travel to COP27 in Egypt early next week, where he will be able to announce the first guidelines for his environmental policy. 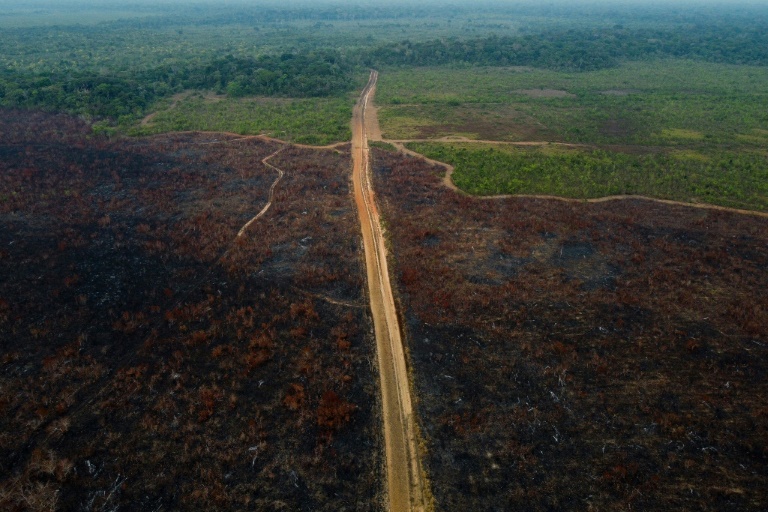 “The new government has a lot of work to do to get the country back on track, to put an end to the perception that the Amazon is a land of lawlessness,” says WWF’s Raul do Valle, quoted by the NGO’s statement.

The environmental policy of the Bolsonaro government “will be damaging for a while, changing the situation will be a huge challenge, but it is inevitable for Brazil to again become a leader in the climate debate,” adds Andre Freitas of Greenpeace Brazil.