With a machete in one hand and a laptop in the other, Guarani indigenous chief Wanderlei Veraksunu surveys the land on which his community will build their new village: in the midst of a tropical forest north of Rio de Janeiro, they will finally have access to water and arable land. land.

Originally from other regions of Brazil, about fifty people from the Guarani Mbia ethnic group founded the village of Seu Azul in the coastal municipality of Marica ten years ago.

But the land on which their house and school were built, donated by the businessman, was not fertile, and tank trucks were the only access to water.

Indigenous Guarani leader Wanderlei Veraksunu at the new land where his community will settle in the municipality of Marica, Rio de Janeiro state on July 29, 2022 in Brazil (AFP – André BORGES)

“150 years ago there was a river here. But in the last century, the previous owner turned the land into a coffee plantation, and it killed him.

They cut down the forests and the river dried up,” said Wanderlei Veraksunu, a community representative from the state of Santa Catarina (south).

For several years, a solution has been discussed with the public authorities, which will finally become a reality: they will move 35 km away to a 500,000 m2 site proposed by the municipality, where a stream flows. 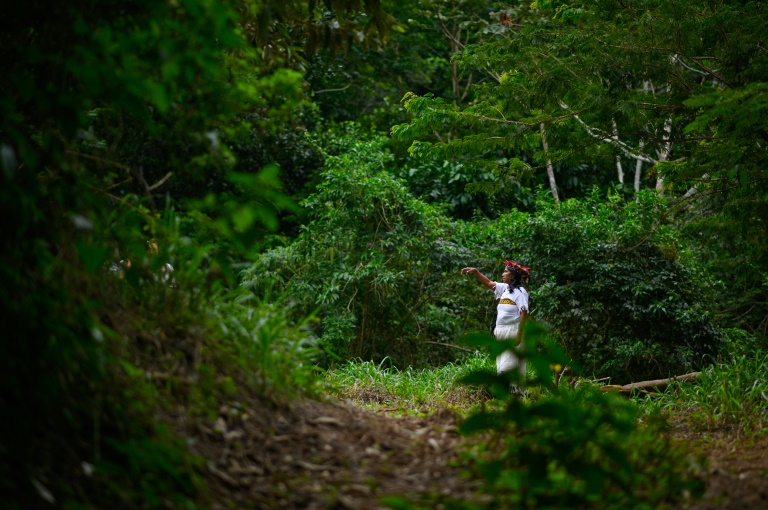 Maria Helena Jaxuka, spiritual leader of the Guaraní community, visits the land where their new village will be built, in the municipality of Marica, state of Rio de Janeiro on July 29, 2022 in Brazil (AFP – André BORGES)

The Guarani Mbya also intend to grow local seeds such as Guarani maize, which they attribute to a sacred character, and grow a bamboo grove for handicrafts, an important source of income for the village.

“Things are complicated at the moment, we have to bring bamboo from other villages” to make baskets, explains Maria Helena Yaksuka, the spiritual leader of the community, wearing a feather headdress.

The new land, surrounded by dense forest at the top of the hill, requires excavation. Bureaucratic procedures for the community to obtain a title deed should be completed within a few months. 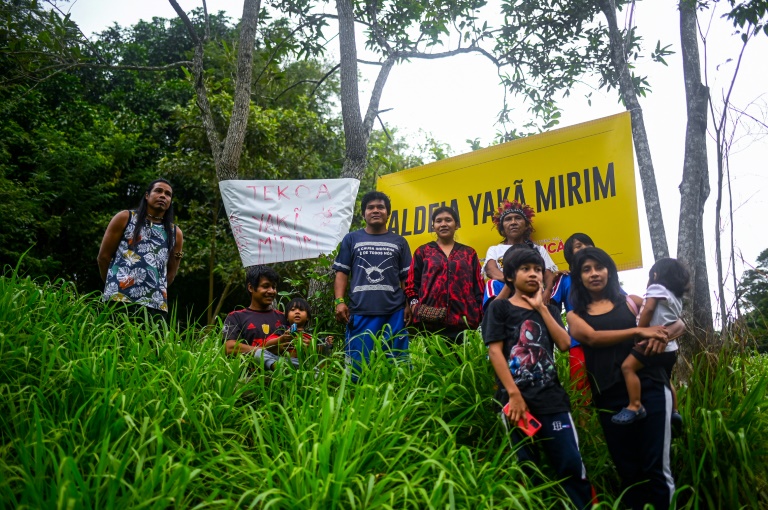 Indigenous Guaraní people visit the land where their new village will be built, in the municipality of Marica, Rio de Janeiro state on July 29, 2022 in Brazil (AFP – André BORGES)

“The city hall will provide them with all the buildings: huts to live in, a school, a medical center, a cultural center so that they can receive visitors and sell their crafts,” Maria Oliveira, coordinator of the Human Rights Secretariat of the Marika City Hall, told AFP.

Wanderlei Veraxunu is enthusiastic about the idea of ​​this move, the dual purpose of which is to “preserve nature” and “the culture, way of life of the Guaraní people”.

“The Guarani people and all indigenous peoples are the guardians of nature. We depend on it, it is what gives us life. That’s why we care for her with love,” he says. 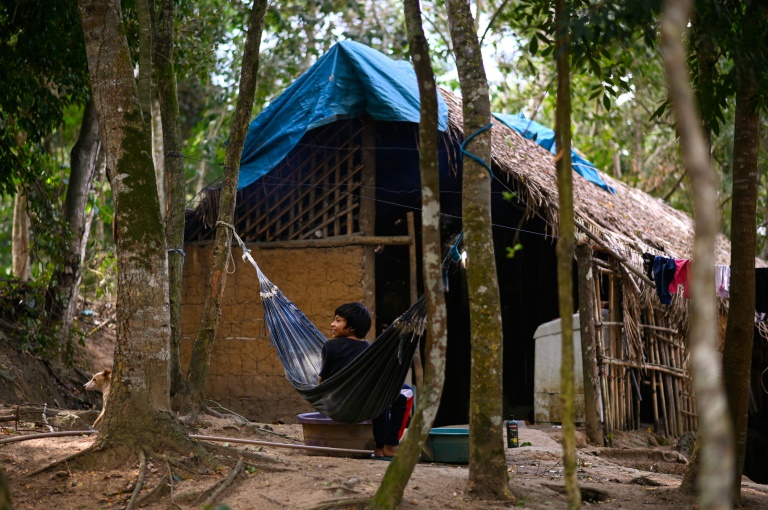 A Guarani child in front of a hut built on the land where their new village will be built, in the municipality of Marica, state of Rio de Janeiro on July 29, 2022 in Brazil (AFP – André BORGES)

The Guarani have 280,000 people in South America, divided among Brazil, Argentina, Bolivia, and Paraguay, according to a 2016 tally that combines official and NGO data.

Currently, there are about 85,000 members of the Kiowa, Nhandeva and Mbya subgroups in Brazil, of which more than 64,000 are concentrated in the central-western state of Mato Grosso and about 20,000 in the southern and southeastern regions of Brazil.