The Guardians of the Stars, League of Legends, and Riot Game have resurrected magical girls, those Sailor Moon-like characters we thought were nearly extinct.

From their birth in the 1960s to their diversification in the 1990s, magical girls (literally, girls with magical powers) have invested in Japanese popular culture and started a cultural phenomenon that has spread beyond the Asian archipelago. After the appearance of the first generation of heroines in skirts – the witches Sally, Gigi, Creamy or even the magical Amy – the symbolic Sailor Moon reinterpreted this strictly codified current of Japanese fantasy and left behind an army of heirs: Magical DoReMi, Meow Meow Power. , Pretty Cure, La Mélodie des Sirènes, to name a few.

Sailor Moon again (again) in the 2021 movie on Netflix

However, today the golden age of the sorceress is far behind. In addition to the fact that there are fewer and fewer games, the genre still clings to its old idols, Sailor Moon in particular, and therefore cannot find its new muses. Between the need to modernize and the obligation to keep some of her kitsch DNA, the magical girl as we knew her is turning into a relic, at least on the side of the series and manga where she is mostly featured.

On a smaller scale, sorceresses have also been featured in video games, including League of Legends. Since 2016, the American license has indeed devoted a whole alternative world to them: The Guardians of the Stars (or Star Guardian in VO). This one returned last July for a seasonal event and stands out as one of the last true representatives of this old-school identity-lost universe.

Although inspired by My Favorite Witch, the magical girl is inextricably linked to Japanese animation and its culture. However, within twenty years the genre declined in other countries where the codes were adapted to Western culture. Some decals, such as LoliRock, have remained true to the base model and its specifications, but others have more or less moved away from it, gradually diluting the characteristics of the genre.

Among the most famous diversions were the Italian production of Winx Club, which brought a more fashionable and magical vision, as well as the American TV series WITCH, which settled down on sequins and frilly outfits (oh, so many elements, major in images). Mostly in the United States, superheroines have replaced the traditional magical girls while retaining some common features and habits, notably the obligatory choreographed transformation scenes. 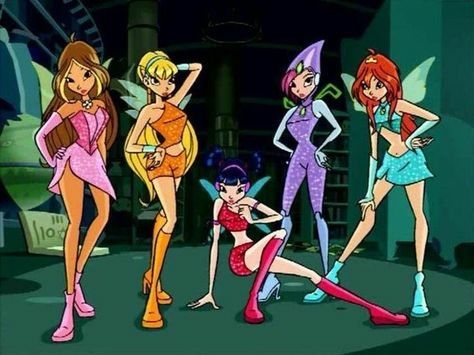 Glitter in the eyes, literally

From The Powerpuff Girls (co-produced by Toei) to Wonder Stories: Tales of Ladybug and Noir, the notion of superpowers and all the imagination it involves has replaced the notion of magical powers, while the DC Super Hero Girls franchise has adopted a very similar A formula with teen superheroes who have secret identities and form a gang of crime-fighting super girlfriends between math classes.

To blow it up, some productions have also misunderstood the magic boy concept, be it in Japanese series such as Cute High Earth Defense Club LOVE! or the American cartoon Steven Universe. But the goal is more often than not just gender inversion or minimally serious thematic restoration, but also being parodic, like the Star Butterfly cartoon, which prefers a more absurd treatment.

Thus, the specificity and interest of the Guardians of the Stars is to pay homage to this girly universe by dusting off the codes, but without attempting to ridicule, dismiss, or deny them. 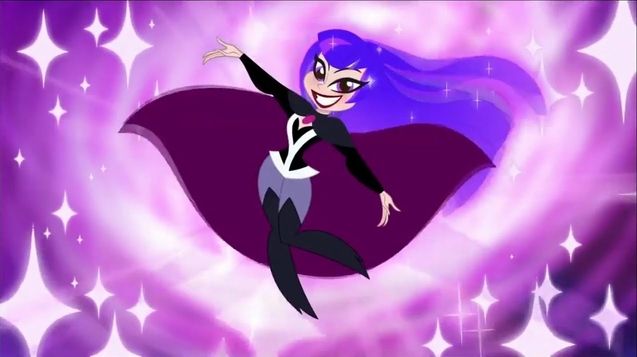 Zatanna in the DC Super Hero Girls series, a pairing of a superhero and a sorceress.

First, Star Guardian/Les Gardiens des Etoiles restores to the genre the features it distanced itself from by reconnecting with Japanese culture, whether it’s graphics that look like Japanese 2D animation or a Japanese setting (even if partly set in an imaginary city) . More than a preferred medium, the Star Guardian primarily re-appropriated the outdated sorceress iconography, thus abandoning the newly manifested sobriety.

With Sailor Moon or Card Captor Sakura as the main references, the universe is like the realistic worlds traditionally presented without falling into the outdated or ridiculous (in short, balancing). As for the skins, especially the detailed ones, there is a share of extravagance and inflated prices. In fact, they mix the most common influences, from school uniforms to idol and lolita outfits with puffy petticoats, bustiers, numerous jewelry and gems, as well as thigh-high boots and dyed hair. 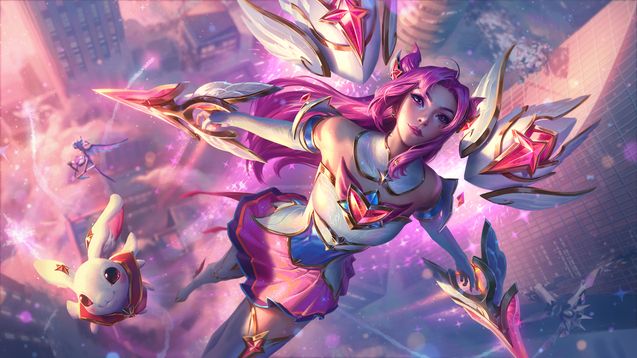 Kitsch and cool at the same time

In addition to the dominant shades of pink and purple, the characters observe the traditional color code—one per character—in addition to being provided with various items; from the eternal scepter to enchanted rings and staves to ornate weapons and armor closer to the spirit of League of Legends champions. Like the feline advisors in Sailor Moon and other talismans, the Star Guardians are also accompanied by guardian spirits that replace the familiars found in several RPGs and complement the Japanese “kawaii”-inspired armor (those cute little things).

Finally, to break the gender binary and complete the look, several male characters were added to the various teams, either as romantic interests or as full members. After all, heroes also have the right to fight in elegant and sophisticated outfits. 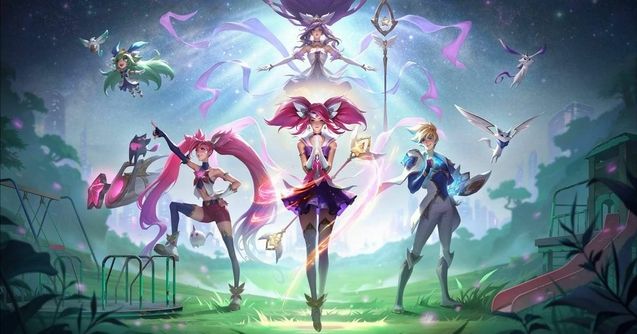 By the power of a lunar prism or almost

Like its flamboyant aesthetic, the sorceress storyline has often been criticized for being sentimental and banal about the power of love and friendship (one that always triumphs over evil). To counter this stupid reputation, later manga and anime such as Puella Magi Madoka Magica or Magic girl of the end abandoned the usual friendliness and decided to merge into tragedy, black comedy, the supernatural and even horror, rationalizing magic and its origins.

In addition to being different from older ones, this should first of all attract a new audience to the genre, different from young and very young girls, for whom most of the works are intended. To give its universe a more mature tone without ruining the core material, Star Guardian instead placed itself in the continuity of Sailor Moon and magical sentai (which uses elements from the sentai series a la Bioman and Ultraman to form a vigilante team). 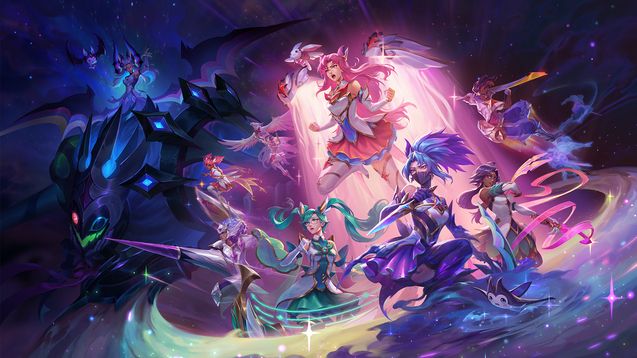 As presented on the Riot Game website: “Young warriors are chosen to protect the light of the stars. Their destiny is to shine brightly, but also to fade suddenly.” The story has tragic undertones, charismatic villains, badass heroines who deviate from dubious gender stereotypes, and the nimble, docile characters they are often credited with. However, Star Guardian also opted to maintain a more traditional approach, with stellar and cosmic mythology close to previous examples (ordinary but brave high school girls who protect the cosmos from darkness while at the same time leading a teenage life punctuated by schoolwork). , homework, arguments or sleepovers).

The presentation of the latest event leaves no doubt about this return to the roots: “Players will move forward in a gripping story of love and loss, forgiveness and friendship through the eyes of a brand new team led by Akali and Kai’Sa.” 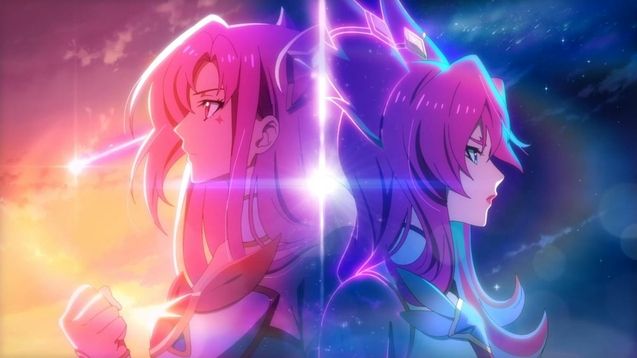 Everything you need for a new adaptation

Clearly, after the success of the animated series Arcane on Netflix, which raised an entire section of lore about League of Legends, the idea of ​​a Star Guardian series won’t be absurd given the company’s increasingly expansive backdrop and multifaceted activities. Media ambitions.

Nothing has been announced in this direction yet, but at the moment the universe is closest to the old-fashioned sorceress, with a more modern tone, less outdated notions and, above all, a sincere love for a genre that is finally regaining its magic and its colors.