CES always brings lots of interesting new routers. With the new 6E Wi-Fi certified devices capable of transmitting in the 6 GHz band set to debut in 2021, we expected a bumper harvest at this year’s virtual event, which takes place online only. This is the case at TP-Link, which kicked off the week by announcing a full range of new routers for 2021, including several with 6E Wi-Fi, as well as a new 6 mesh Wi-Fi router with a Built-in Alexa voice control.

This Alexa router, the TP-Link Deco Voice X20, is one of many newcomers to the Deco mesh router lineup slated for 2021. With a built-in speaker and microphone in each satellite range extender device, the system promises to expand Alexa’s footprint in your home, as it broadcasts a more reliable signal from room to room. This is the same as for older Alexa mesh systems like Netgear Orbi Voice and it also matches the voice functions of the Nest’s Google Assistant-Wifi. 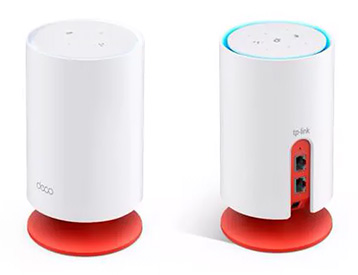 We wonder how successful each solution will be in 2021, when Alexa is already well integrated in the homes of people who have purchased this ecosystem. Still, the addition of support for Wi-Fi 6, which offers higher speeds and new features – and which Nest Wifi and previous Alexa routers lack – might just be what some people have been waiting for. We also like the colorful design in red, although some may prefer something less conspicuous and that fits better in the decoration of the house.

Later this year, TP-Link plans to release a number of new network devices that support Wi-Fi 6E, a new designation for Wi-Fi 6 devices equipped to transmit on the 6GHz band, which the FCC opened for unlicensed use last year by unanimous vote. Among them are two mesh routers: an AX7800 system called TP-Link Deco X96, which the company put forward last year, and an AX5400 system called Deco X76 Plus, which includes an integrated hub for home automation, allowing communication with things like smart lights and locks. 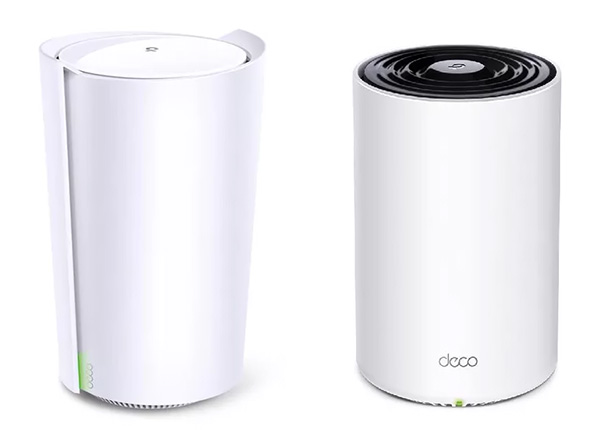 New TP-Link mesh routers that support Wi-Fi 6E are expected to arrive in Q2 2021. The Deco X96 (left) is the faster of the two, while the Deco X76 Plus (right) serves as the home automation hub.

Just like the Alexa Deco Voice router, the X96 and X76 Plus come with HomeShield parental controls and threat analysis. They also use TP-Link’s AI-Driven Mesh feature to tailor Wi-Fi performance to your specific home environment while still storing all the necessary data locally, a nice touch of privacy. Prices are yet to be set for any of them, but with the X96 and X76 Plus tri-band models capable of sending signals on the 2.4GHz, 5GHz or 6GHz bands, these two models will likely be the most expensive. , which will position them as upgrade options for early Wi-Fi 6E users.

For those who would prefer a single router to a mesh system with multiple devices, TP-Link plans to release the Archer AX96 in Q3 as well. Like the Deco X96, this is a tri-band AX7800 router with a separate 6 GHz band, but it will be sold as a traditional stand-alone router, although it supports do-it-yourself mesh configurations with compatible TP-Link products. 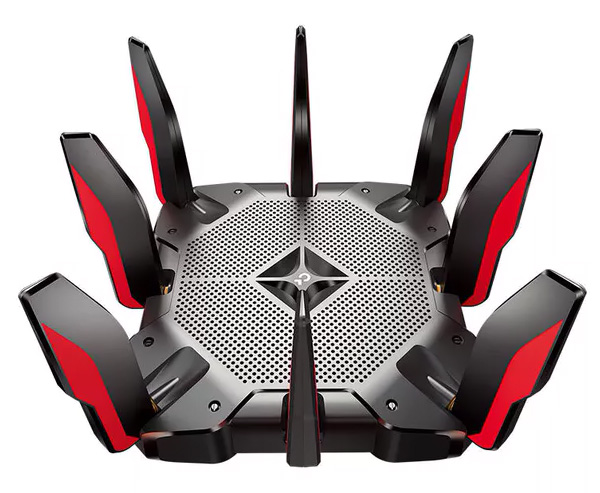 In Q3, the Archer AX206 gaming router transmits on the 6 GHz band and supports wired inbound speeds of up to 10 Gbps.

TP-Link has kept its biggest claims for the Archer AX206, the latest in its line of extravagant-looking gaming routers. With all the features of Wi-Fi 6 and the addition of 6E thanks to a dedicated 6 GHz band, this spatial-looking router promises “unstoppable” transmissions and TP-Link adds that it also “removes” latency. The wired connections on the back are the most notable: they allow input speeds of up to 10 Gbps, which is 10 times faster than most Gigabit Internet offerings.

This makes the AX206 one of the most advanced routers seen so far, we would only have preferred TP-Link to do more to distinguish it from the latest generations of Archer gaming routers, which share the same eye-catching design in black and red. .

If you don’t plan on spending more on Wi-Fi 6E in 2021, you’ll be happy to hear that TP-Link also has a number of new regular Wi-Fi 6 options available. This month marks the launch of the Deco X90, an AX6600 mesh router in a tri-band design with one 2.4 GHz band and two 5 GHz bands, one of which will be used as a dedicated link between the router and its devices. satellites. One of them will serve as a link between the router and its satellite devices. It is sold in a pack of two with the router and a satellite at a price of 549 euros.

This all adds up to another busy year on the pace of the routers. We’ll be sure to test everything as they arrive and let you know which of the new routers we prefer, and how they stack up against the competition.