LG and transparent displays is a story that dates back to 2014 when the company revealed its first flexible (and transparent) display. More recently, the brand unveiled such a television mounted at the foot of a bed. Although very satisfying to watch, these displays are only in the concept stage and there is little chance of seeing them land anytime soon.

On the occasion of CES 2022, which should take place despite the cancellations, LG Display presents not a concept, but a whole range for professionals, but also for individuals. As a reminder, LG Display is a different company than LG Electronics and specializes in concepts. This means that they can be bought and traded by other companies.

OLED bookshelf, a bookcase for the home

For people, LG Display has developed a shelf concept (containing all the electronics) below which is a double transparent OLED screen. These screens offer 40% transparency, which allows, when turned off, an object such as a painting that would be placed behind it. 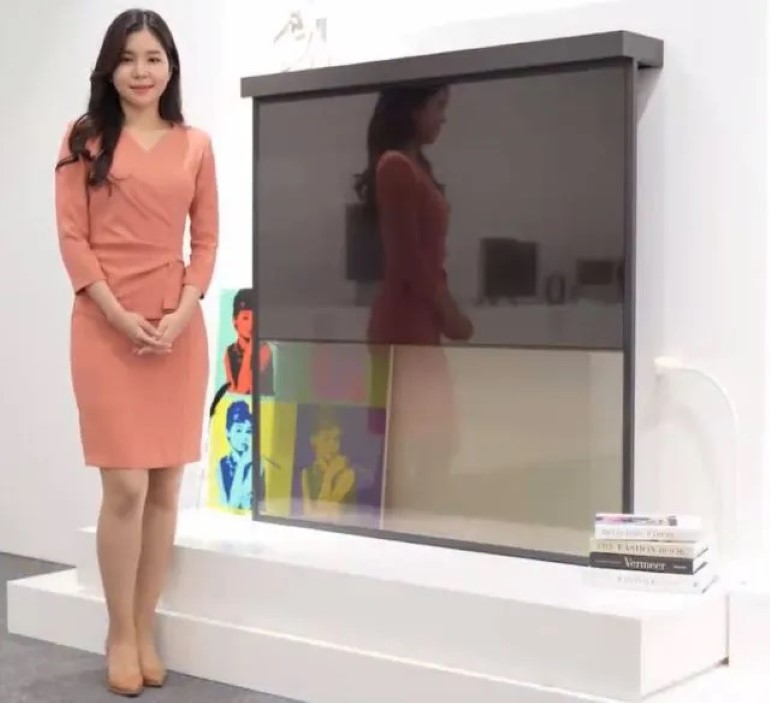 The two parts can be used separately and have an “Always On Screen” mode that allows you to display one table, for example, while the other streams your favorite series. For this last use, LG has thought of adding a roll-up screen that is placed behind the transparent panel to avoid the “ghostly” effect typical of this technology.

LG Display has taken the OLED Shelf concept, adapting it to stores. This time, a simple screen is placed on top of the shelf. The aim is to be able to highlight the products arranged on this elegant wooden shelf. 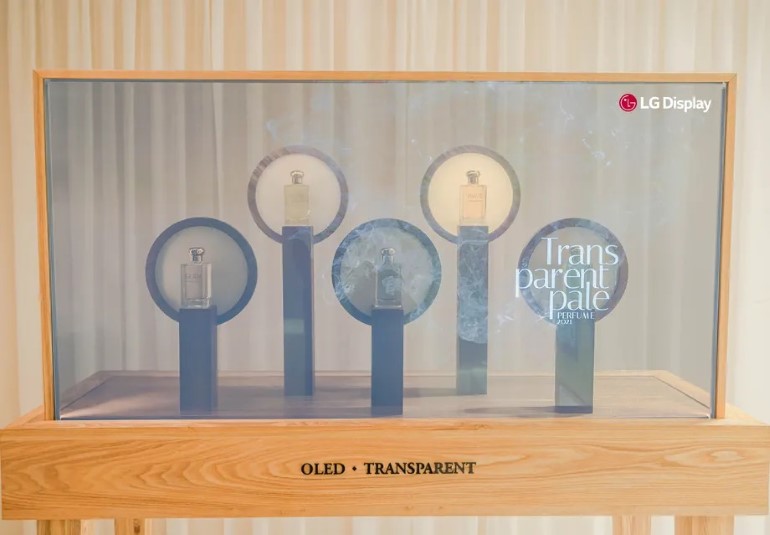 Therefore, the store can broadcast an advertising spot or simply play with the presence of the screen. You can add text, highlight part of the shelf, or add video effects to create a futuristic experience for customers.

Show the window, make it big

The Show Window uses the 55-inch LG Display common to all the products we have introduced so far. For this concept, the company uses four screens designed to form a giant transparent panel. 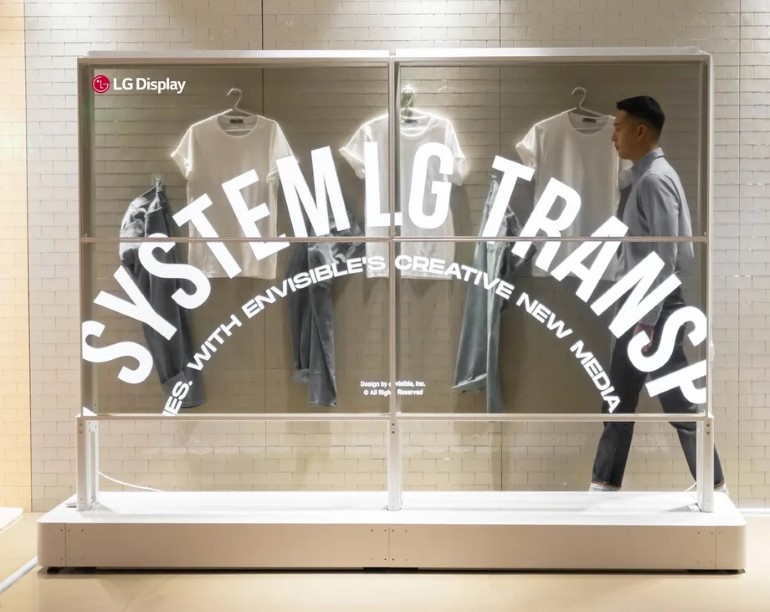 This configuration allows, for example, to display products in the window without hiding them and without having to use stickers. On-site staff can also add digital, editable text at any time. So in the sales period it is not necessary to take off, reattach an exhibitor, a simple manipulation allows informing of the last sale or of a promotional operation of limited duration in order to attract the customer to the interior.

This concept would already be used in art exhibitions in London, but also in China, Japan (for the subway windows) and in Bulgaria for a fashion show.

Finally, the company also presented (without visual disclosure) a version for companies in order to make presentations or video calls.