Brussels (AFP) – Clashes erupted during a large demonstration against new anti-Covid measures in Brussels on Sunday, as the Netherlands experienced its third consecutive night of unrest over opposition to health restrictions.

The Covid-19 pandemic is accelerating in Europe, which has once again become the epicenter of the epidemic, pushing governments to enact more or less strict restrictions, up to the confinement of the population in Austria, where thousands of people have he expressed his opposition again on Sunday. .

Nine of the 10 countries that registered the biggest accelerations of the week are in the Old Continent. In proportion to the population, excluding microstates, the country with the most new cases continues to be Slovenia (1,107 per 100,000 inhabitants), ahead of Austria (981) and Croatia (887).

The latter saw at least two policemen injured during the clashes and a protester evacuated by ambulance. Several protesters wore hoods and Flemish nationalist flags, others with yellow stars reminiscent of the Nazi occupation.

Some 35,000 people, according to the police, participated in this march against the new anti-Covid measures, under the slogan “Together for freedom.”

Demonstrators in front of the police during a demonstration against the new measures against Covid-19, in Brussels on November 21, 2021 Kenzo Tribouillard AFP

In the Netherlands, thugs have engaged in demotion for the third night in a row, on the sidelines of demonstrations against anti-Covid measures.

In Enschede, on the border with Germany, a state of emergency has been declared and “five people have just been arrested in the city center,” local police tweeted, asking protesters to “go home.”

Protesters also set off fireworks, damaging the cities of Groningen and Leeuwarden (north) and Tilburg in the south, according to local police and media.

“The police are present in the center of Groningen”, which “several small groups of people are destroying,” said a police spokeswoman.

The riots began on Friday in the Netherlands in the port city of Rotterdam (southwest), where four protesters were injured by police gunfire and 51 people arrested.

Later, several police officers were injured in clashes with protesters in The Hague on Saturday night. Violence broke out that same night in Urk (center) and in various towns in the Limburg province (south).

More than 100 people have been arrested and at least 12 have been injured in the last three days.

In Austria, around 6,000 people, according to police, demonstrated on a quiet Sunday afternoon in Linz (north) against anti-Covid measures, a day after a mass mobilization in Vienna that had attracted 40,000 protesters. 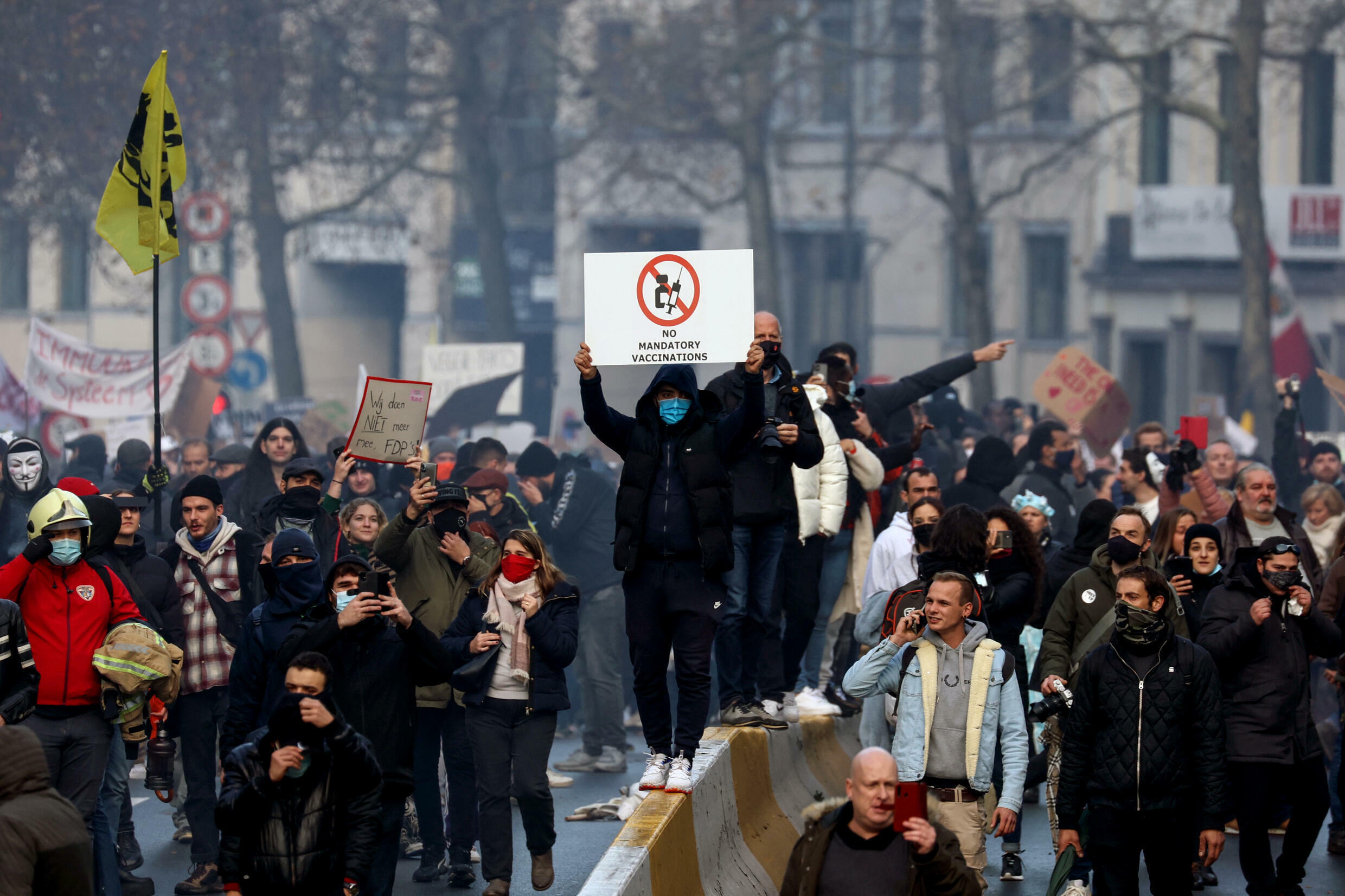 Protesters against the new measures against Covid-19, in Brussels on November 21, 2021 Kenzo Tribouillard AFP

Cases have reached unprecedented levels since spring 2020 in Austria, the first country to fully contain its population, since Monday, and the first EU member to make vaccination mandatory for everyone as of February.

The demonstration was organized by the convocation of a new political party opposed to the restrictions, the MFG (“Menschen Freiheit Grundrechte” – “Humanity, Freedom, Fundamental Rights”), which recently entered the regional parliament.

Less affected in its metropolitan territory by opposition to anti-Covid measures, France had to send police reinforcements to its island of Guadeloupe, in the Caribbean, after another night of violence caused by the challenge of the obligation to vaccinate caregivers , which degenerated into a great social crisis. 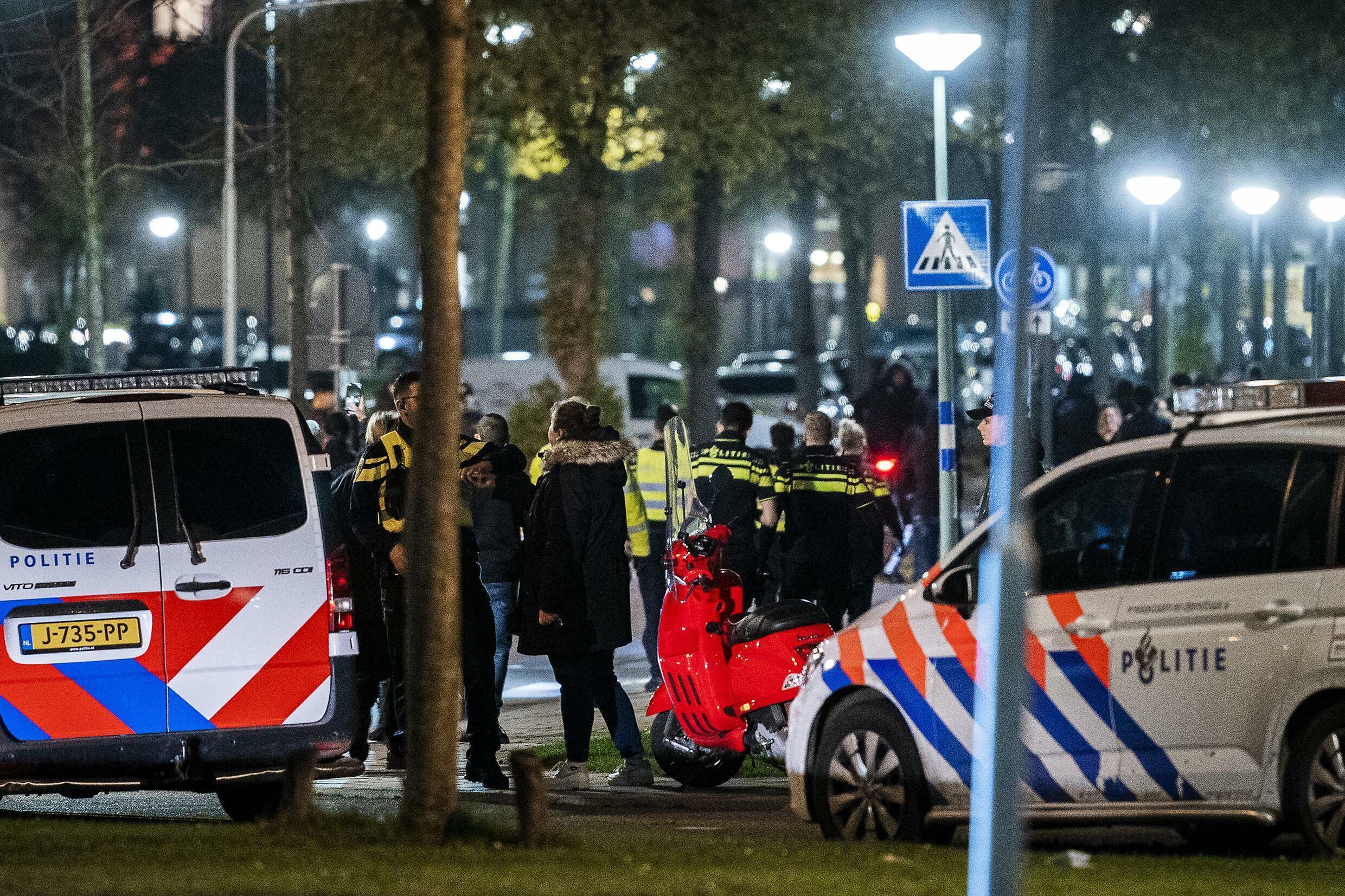 Like the day before, the night from Saturday to Sunday was agitated, between barricades, fires, looting and shooting at police and firefighters, which caused 38 arrests and left two injured among the forces of order.

These events occurred despite the night curfew decreed in this department of some 400,000 inhabitants, located 600 km northeast of the South American coast.

For the prefecture of Guadalupe, “organized gangs are now looking for chaos.”

In particular, food stores and pharmacies were looted. “Each time a barricade upriver prevented us from moving forward,” French gendarmes said. A police station in Morne-à-l’Eau (north) caught fire.