The largest lizard in Europe is very shy. Difficult to know him despite his 60 centimeters long and his green dress with yellow polka dots. In the company of Maud Berroneau, a herpetologist with the Cistude Nature association, we inspected the “green thing,” the local name for a vast dune planted with marmalade, maritime sagebrush and evergreen sand, not far from Cape Aglet. “They love crevices, crevices and also occupy the burrows of rabbits with whom they live in harmony,” he explains. But that day we will only see traces and excrement where there are shell residues that reveal a pronounced taste for small beetles in sandy environments. Present in Spain and on the edge of the Mediterranean, in the Atlantic area Timon lepidus only inhabits the dunes of the Aquitaine coast. How many ? Impossible to know. “The dunes are too vast and too fearsome for us to estimate the population, so I only verify their presence in 80 observation sites,” continues the herpetologist.

The ocellated lizard is a sentinel for two reasons. Classified as “endangered” in the Nouvelle-Aquitaine region and “vulnerable” in France according to the IUCN, the species is threatened by global warming despite its place of life. Because if ectothermic species (dependent on the outside temperature) need heat to live, feed and reproduce, too high temperatures inhibit their activity. “On very hot days, we only see them early in the morning or late at night,” says Maud Berroneau. The other threat is much more serious: rising sea levels. The coastal dunes of Nouvelle-Aquitaine will retreat 20 meters by 2025 and an additional 50 meters in 2050, according to the work of the Bureau of Geological and Mining Research (BRGM). That’s the equivalent of 991 football fields devoured by the Atlantic. So much wasted space for a lizard that it may have to take refuge in the Landes forest. Furthermore, its presence has already been detected and it seems to adapt well to it. Little hope for a species that could disappear throughout the century.

The viviparous lizard is too sedentary to migrate

Before the pines were planted in full swing, the Gironde and Landes were covered with lagoons, stretches of nutrient-poor fresh water, formed more than 10,000 years ago. Fifteen minutes from Bordeaux, the Pian lagoon is one of the few dozen wetlands that remain. This is where the viviparous lizard flourishes, a species that prefers coolness to heat. “The fact of producing viable young instead of laying eggs is generally considered as an adaptation to cold climates”, explains Andréaz Dupoué, researcher at the Station of Theoretical and Experimental Ecology (Sete, CNRS and Paul-Sabatier University of Toulouse). Here, Zootoca vivipara is found on the southern edge of a mountain range that extends into Scandinavia. If the species is not endangered, it is locally threatened by global warming. A group of researchers from Sete thus carried out a comparative study of the genome of different populations using saliva samples.

“Viviparous lizards are not only much less abundant in the Landes massif, but they also have a clearly different genetic heritage from other populations and a higher rate of inbreeding. The conclusion is simple: there is an imminent risk of ‘local extinction,’ says Andréaz Dupoué. Consanguinity is probably the direct consequence of the fragmentation of lagoon environments. But climate change is making the situation worse. The naturalists of Cistude Nature point out that the precipitations are less and less abundant, while the temperatures turn from summer to spring. Result: the lagoons dry up faster and the necessary freshness for the viviparous lizard disappears. Too sedentary to be able to migrate, it should disappear from the Landes in the near future. 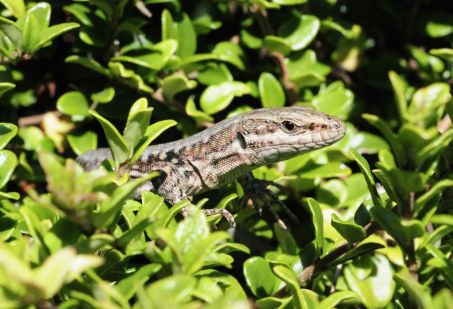 New competition for the Bonnal lizard

The Bonnal lizard only lives on a few rocky scree in the Pyrenees ranging between 1500 and 3000 m in altitude. Strange when you’re an ectotherm. “This small totally gray reptile does not go into activity until June when the snow melts, it rushes to reproduce itself to go back into torpor in October when temperatures drop a lot”, sums up Matthieu Berroneau, herpetologist in charge of the project. In Cistude Nature. Iberolacerta bonnali has a very special way of life. In late June, females lay 3 to 4 eggs (compared to more than ten in other lizards) that hatch after 4 to 5 weeks.

The little ones are already well developed. “The species thus compensates for the low number of eggs due to the fact that at the time of hatching the young are much more solid and have a longer life expectancy”, continues Matthieu Berroneau. Well adapted to their environment, these reptiles benefit from a virtual absence of predators. The ace! their peace is in danger from rising temperatures. Since the beginning of the industrial age, the average annual temperature rise in New Aquitaine has already reached 1.5 ° C. On the mountain slopes, this translates into reduced snow cover and higher temperatures in summer. During a heat wave, it can be +25 ° C above 2000 meters.

Result: “Living conditions are beginning to be favorable for the wall lizard Podarcis muralis, which is found in all gardens,” says Matthieu Berroneau. Since 2016, herpetologists have conducted lizard surveys along hiking trails three times during the summer. “The first year, the common lizards were very rare beyond 1800 m, we found them at 2000 m. Now ”, reveals the herpetologist. Their calculations show that the wall lizard has gained 80 meters of altitude since 2018. How will this new coexistence take place? Naturalists fear that between the highly competitive wall lizard capable of colonizing all environments and the more fragile Bonnal lizard that sees its natural environment invaded, history has already been written with probable extinction in the coming decades. 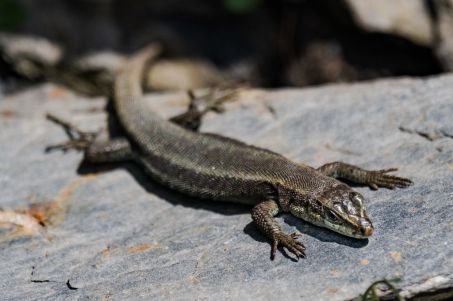 Road safety: an awareness campaign on the dangers of cannabis while driving

Road safety: an awareness campaign on the dangers of cannabis while driving