There are several million of them in Paris, and they leave no one indifferent: rats regularly sow discord in Parisian political debates.

The last episode began with a wish proposed by Paul Hatte, elected member of the opposition (LR) for the 17th arrondissement, during the Paris Council on 7 July. Rejected by the majority, this wish required a review of the measures taken by social landlords to combat the spread of rats in common areas of housing.

“The deratization has been completely forgotten by the Paris City Hall,” emphasizes Mr. Hatte with AFP. Since 2018, the elected officials of the 17th district in the northwest of the capital have been especially mobilized in the fight against rodents, with the creation of civilian brigades and the launch of a reporting platform.

“The executive branch is not providing the necessary political and technical means,” adds Mr. Hatte, criticizing the central city hall for not giving district mayors enough freedom in rat-killing policies.

The city of Paris is defending a “massive action plan launched in 2017 to limit the number of brown rats”. The plan boils down to two directions: a direct struggle to reduce the population (traps, rat poison, etc.) and actions to limit their access to waste (new containers and tanks, an information campaign).

The city’s anti-rat policy was also criticized by Dushka Marković, who was elected from the Animalist Party in the 18th arrondissement. At the Council on July 7, she deplored the use of deadly methods against rats.

Her speech, when she insisted on calling rats by their real name “brown mouse” and “legitimizing their place in cities,” drew criticism and ridicule on social media.

The National Academy of Medicine condemned the “inventiveness of these remarks”, recalling that the rat remains a threat to humans due to “the many zoonoses transmitted by its exoparasites, its droppings, its bites or scratches.”

These health risks are clarified by the city authorities of Paris, who remind that “a rat, very frightened, is not a predator by nature.” She believes transmission is declining because “there really must be direct or indirect contact between humans and animals, and direct contact is extremely rare.”

“People have always tried to exterminate rats, but that is impossible. We have to think about other methods,” Dushka Markovic explains to AFP, who also points to the cost of deratting. In 2017, the City of Paris estimated the annual cost at €1.5 million; cost covering all measures (rat eradication campaigns, cleanliness campaigns, outdoor furniture replacement, etc.)

“This is a very sensitive issue from a political standpoint,” Judge Gregory Moreau, MP (EELV) in the 11th arrondissement, who deplores the “unwillingness of city hall” where the issue is torn between several delegations (cleanliness of premises, public health, health, animals ). state, etc.). 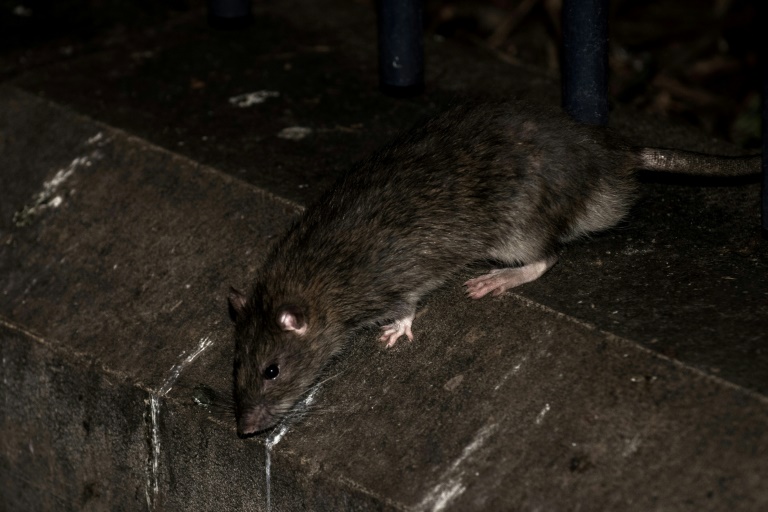 Mr. Najdowski insists on the need to act upstream “so the rats don’t have access to food” and the “civility” needed to reduce waste in public areas.

Experiments are also planned in the 11th and 12th districts. Among the test tracks, “cleaning will take place at several sites at the end of the day, rather than in the morning,” says Mr. Moreau, initiated by this project, which is being carried out in partnership with researchers from the National Museum. Natural history.

The goal is to limit the nighttime entry of rodents, while their presence reduces the amount of waste in the sewer.

Among the reasons for the rise of rats to the surface are the (many) works being carried out in the capital. So, two years after the Paris Olympics, the political soap opera must go on.