Helsinki – Finland’s focus on public health is related to genetic research. Studies based on population health data, with samples stored at -20 to -150°C in biobanks. Now there are 11 such establishments in the country.

These biobanks now contain the genotypes of 10% of the country’s population, or 500,000 people. Through big data and data analytics, the goal is to move towards personalized medical research.

“Geographic isolation gives Finland an edge in genetic research,” says Paivi Sillanauke, Finnish Ambassador for Health and Well-Being. Finland has a historically isolated and homogeneous population. This provides a rather unique opportunity to target genomic variations responsible for diseases. 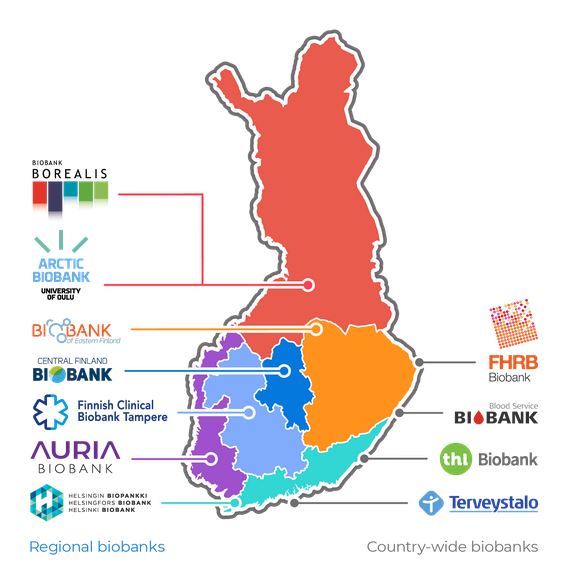 “The goal is to understand disease mechanisms using genetic strategies,” explains geneticist Marie Kaunisto. Studies have already been conducted on diseases such as cancer, diabetes, heart problems and glaucoma.

But at the heart of the system, in addition to technical expertise, there is a trusting relationship between donors and authorities.

“Biobanks are at the intersection of two trends: big data and health data research,” notes a recent study, which points out that “medicine and health data raises questions about the potential misuse of big data due to its highly sensitive nature. medical and genetic data”.

Not knowing what their data will be used for

“Finns have a positive attitude towards medical research. Finland is a society based on trust,” said Paivi Sillanauke. Mood based on numbers. For the fifth year in a row, Finland leads the World Happiness Report, which measures how happy people are around the world. And the authors of the survey explain Finnish happiness, including the degree of confidence of the population.

“When it comes to values, Finnish happiness and Scandinavian happiness are associated with the concepts of trust and freedom. In Finland, citizens tend to trust each other, as well as their civil servants and their government,” the institutional website also points out.

The trust that donors place in biobanks goes even further than what the GDPR (General Data Protection Regulation) imposes on data collection and storage. Since the difference between traditional specimen collections and the biobank concept is that “samples collected in a biobank can be used for various future research needs, and not just for a specific research purpose”, an institutional site dedicated to the subject is mentioned.

“At first, the GDPR was perceived as contradicting the very idea of ​​biobanks as repositories of personal data, which in the future will have multiple and unforeseen uses,” the same study says. “During the settlement talks, biobanks were among the strongest advocates, demanding exceptions for researchers. An exception has finally been included: data used for research purposes has a special status enshrined in Article 89 of the GDPR. »

An exception that was incorporated into local law through a revision in 2019 of the original 2012 text. These two pieces of legislation, of course, give citizens the opportunity to be informed about ongoing research projects that are their designs. Sample donors can also ban the use of their samples at any time during the course of a research project. Thus, the law guarantees the sovereignty of donors over their information and the protection of privacy.

In practice, an online data access platform called Fingenious was created in 2019 to view the data held in Finnish biobanks. Biobanks provide anonymous data to public and private research centers. After the completion of the genetic work, the data is returned to the biobanks and re-identified.

With this ingenious model, Finland competes with countries with much larger populations that have also embarked on the creation of biobanks. The United Kingdom, for example, has a biobank that also holds half a million samples. And China plans to collect samples of five to ten million individuals over the next ten years. The American All of Us program aims to collect medical and health data from over a million volunteers. However, the largest biobank is in Graz, Austria. It holds over 20 million biomedical samples.

On the way to personal data monetization

First of all, Finland is now very actively moving towards the monetization of its genetic heritage stored in its biobanks.

“For our nation to prosper, we need business,” said Kari Klossner, Smart Life Program Manager for Business Finland, the organization responsible for promoting business in the country. “Using data for business, when you do it the right way, with the right rules and regulations, is good. This allows us to create new products that we can sell internationally. We can generate exports and pay for imports at the expense of exports. »

A new discourse on how biobanks have been enriched for 10 years by donations from citizens who were persuaded to participate in national public health policy.

But this orientation doesn’t bother Kari Klossner, who mixes confidence and submissiveness in his explanation of the weak criticism in Finland of this turn. “In many cultures, for example in North America, there is a great distrust of government. Finns are the opposite. We trust the government, which is why the way we use medical data in research is so successful. »