After long and difficult negotiations that far exceeded the planned schedule, COP27 opened its final meeting in the middle of the night from Saturday to Sunday, adopting a highly controversial text on helping poor countries affected by climate change.

The chairman of the conference, Egyptian Foreign Minister Sameh Shukri, “begged” delegates from nearly 200 countries, who have been meeting in the seaside resort of Sharm el-Sheikh for two weeks now, to adopt the resolutions to be presented to them.

Mr. Choukry assured that they reflect a “delicate balance” and “the highest ambition that can be achieved at this time”, illustrating the difficulties this COP has faced under the heavily criticized Egyptian presidency.

He immediately presented to the delegates, who adopted a decision by consensus, the most symbolic resolution of this publication, called by its initiators a landmark one, on compensation for climate change damage already suffered by the poorest countries.

But then he had to agree to a 30-minute suspension requested by the Delegation of Switzerland, which indicated that the delegates had received another very important text, the final comprehensive declaration, “minutes” before the start of the meeting and therefore could not comment.

A dossier on climate “loss and damage” in poor countries nearly derailed the conference before becoming the subject of a last-minute compromise text that leaves many questions unanswered but acknowledges the principle of a specific financial fund.

The emission reduction text also sparked heated debate, with many countries denouncing what they saw as a step backwards from the targets set at previous conferences.

In particular, on the most ambitious goal of the Paris Agreement – to limit global warming to 1.5°C compared to the pre-industrial era.

Since the current obligations of the countries that signed the agreement do not allow either to fulfill this task, or even the task of curbing the increase in temperature to 2 ° C compared to the pre-industrial era, when humanity began to massively use fossil fuels responsible for global warming.

These commitments, if fully implemented, will at best bring the world to +2.4°C by the end of the century, and at current emission rates to a catastrophic +2.8°C. 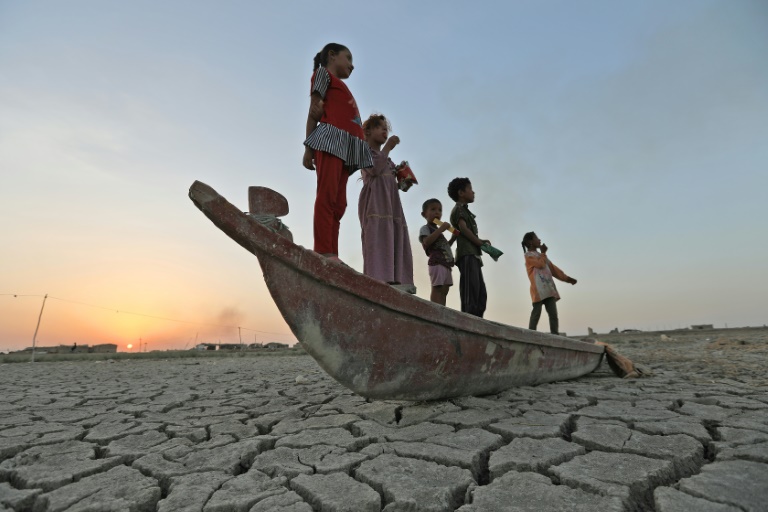 However, with nearly 1.2°C of warming now, the dramatic effects of climate change are already multiplying.

This was illustrated in 2022, with its string of droughts, megafires and devastating floods that damaged crops and infrastructure.

The cost of these extreme events is also skyrocketing, with the World Bank estimating the cost of a $30 billion flood that left a third of Pakistan under water for weeks and claimed millions of lives.

Poor countries, often among the most vulnerable but generally the least responsible for global warming, have been demanding funding for years to cover the “loss and damage” they have suffered.

The battle will not end with the adoption of the Sharm El Sheikh resolution, as it remains notoriously vague on some contentious points.

Operational details are to be determined for adoption at the next COP at the end of 2023 in the United Arab Emirates, promising new clashes. Particularly on the issue of contributors, developed countries insisting that China be a part of it.

Another topic that shocked the COP: emissions reduction ambitions.

Many countries felt that the texts proposed by the Egyptian Presidency represented a step back from the commitments to regularly improve the level made in 2021 at the Glasgow COP.

Not to mention the issue of reducing the use of fossil fuels, the cause of global warming, but hardly mentioned in most climate texts.

Coal was mentioned in 2021 after tough trade-offs, but in Sharm el-Sheikh, the “usual suspects,” according to one delegate, once again turned against him for oil and gas. Saudi Arabia, Iran or Russia are the most commonly used country names.