– The Indian variant detected in at least 53 territories –

The coronavirus variant detected in India for the first time has been officially reported in 53 territories, the World Health Organization (WHO) said on Wednesday in a report.

According to this report, this B.1.617 variant exhibits increased transmissibility while the severity of cases is being investigated.

– Only a small number of vaccinees still infected –

About 0.01% of people fully vaccinated against Covid-19 between January and April were then infected with the virus, according to a US government study, confirming the very high effectiveness of vaccines.

“Even if the authorized vaccines are highly effective”, rare cases of contamination were “expected, in particular before the immunity of the population reached a level sufficient to further reduce transmission”, explains the report of the American Centers of disease control and prevention (CDC).

The European Union accused AstraZeneca on Wednesday of “flagrant violation” of the contract for the purchase of anti-Covid vaccines, accusing the pharmaceutical company of not having quickly mobilized the maximum of its production capacities in Europe to supply the Twenty-Seven. 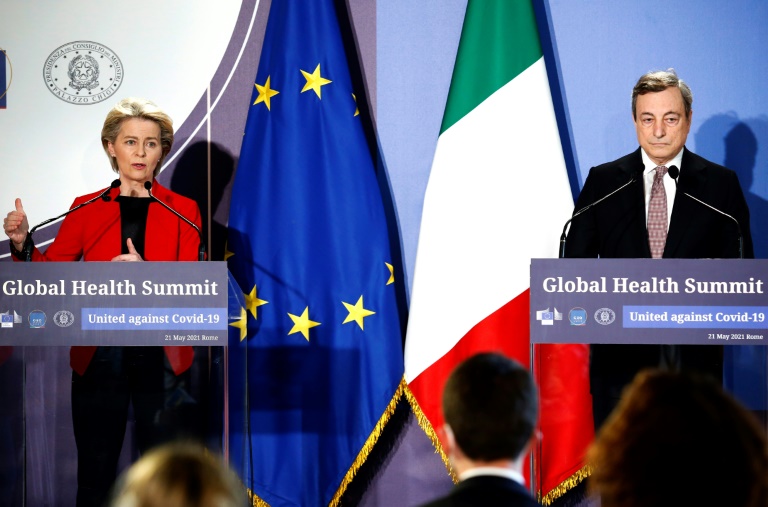 The 27 member countries are demanding to receive the doses promised for the first quarter of 2021, AstraZeneca having delivered only 30 million of the 120 million that it was contractually bound to provide.

The Swedish-British firm denies any violation of the terms of the agreement, and considers “unfounded” the action brought against him in the civil court of Brussels. 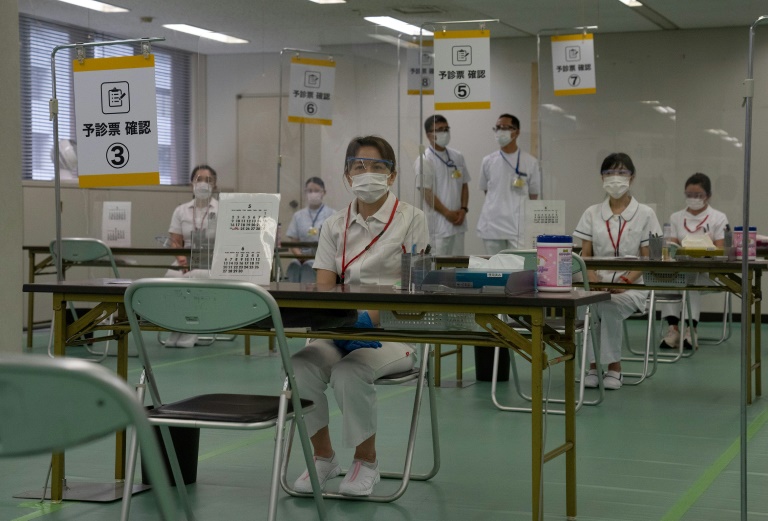 Japanese daily Asahi, official partner of the Tokyo 2020 Olympics (July 23-August 8), called on Wednesday for the event to be canceled, which it called a “health threat”, while the country is experiencing a fourth wave of coronavirus infections.

– Thousands of tests in Australia after a case detected – 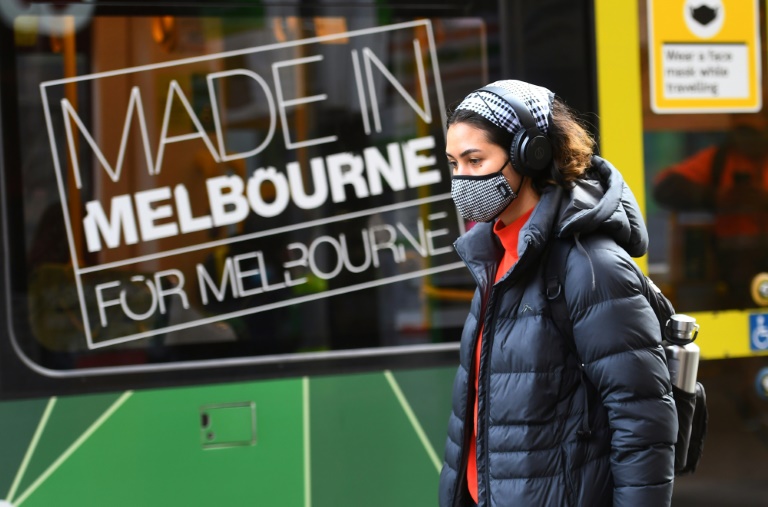 Thousands of Australian football fans were ordered to self-isolate and be tested for Covid-19 on Wednesday after someone who attended a match in Melbourne tested positive.

Australia’s second-largest city is trying to stem an outbreak of contamination that has so far amounted to 15 cases. Among them, a supporter present Sunday at a match which brought together some 23,000 spectators.

– The Polynesian president wants to prevent his country from being “ruined” – 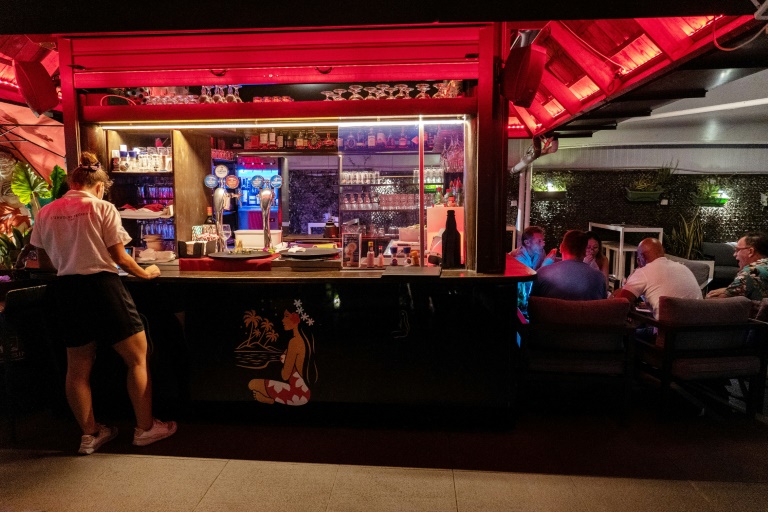 Customers on the terrace of a restaurant in Punaauia, Tahiti, French Polynesia, May 19, 2021 (AFP – Suliane FAVENNEC)

French Polynesia will be able to maintain its aid related to the pandemic until “August, September: after we are ruined”, declared Tuesday its president Edouard Fritch, specifying that “the only hope of the territory lies in the resumption of tourism – motor of the local economy – and therefore of international flights “.

The pandemic has killed more than 3.487 million people worldwide since the end of December 2019, according to a report established by AFP from official sources on Wednesday at 10 a.m. GMT. 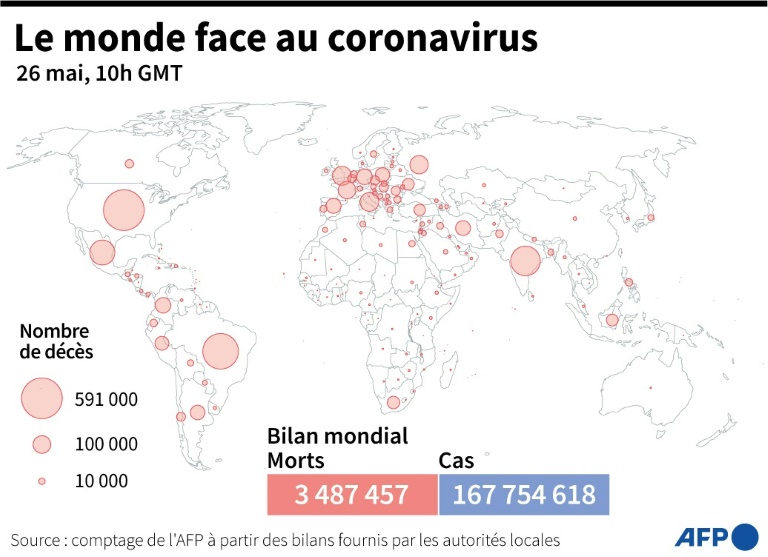 These figures, which are based on daily reports from national health authorities, are generally underestimated. They exclude the upward revisions carried out a posteriori by certain statistical organizations.

By taking into account the excess mortality directly and indirectly linked to Covid-19, the WHO estimates that the real toll of the pandemic is “two to three times higher”.