The first foreign tourists arrived in Vietnam on Saturday after twenty months of border closures due to a pandemic. To enter the country it is necessary to present a vaccination certificate and a negative test carried out before departure.

A woman walks in front of an informational poster on Covid-19 on October 19, 2021 in Hanoi (AFP / Archives – Nhac NGUYEN)

Vietnam, which is desperate to revive its economy devastated by months of lockdowns, will reopen the resort island of Phu Quoc to foreigners on November 20.

– Germany: calls for a “national effort” –

Angela Merkel on Saturday called for “a national effort” to halt the fourth epidemic wave in Germany, including calling for the latest refractory to be vaccinated.

The outgoing foreign minister considered it “urgent” that the federal government and the regions adopt “a unified approach”, and in particular a “threshold value” from which additional measures should be taken.

Morocco, a major tourist country, decided on Saturday to strengthen border controls due to increasing cases of Covid-19 contamination in Europe.

In addition to the mandatory health pass and negative PCR tests, a double check will be carried out on arrival in Morocco, using thermal cameras and electronic thermometers, as well as antigenic tests. These measures affect all persons who come from the countries of “list B”, that is, France, several countries of the European Union, as well as the United Kingdom, Algeria and Tunisia.

Several thousand people demonstrated in Geneva on Saturday against the anti-Covid measures implemented by the federal government and to say no to the Covid-19 law that will be put to a popular vote on November 28.

– JO-Beijing: a large facility limited to 20% of its capacity – 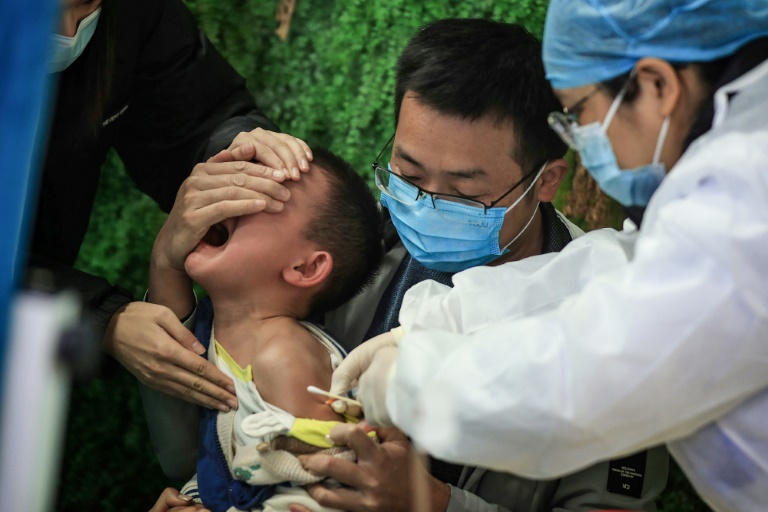 One of the main venues for the 2022 Beijing Winter Olympics will see its spectator capacity limited to a fifth of its total capacity due to fears of the spread of the novel coronavirus, state media reported on Saturday.

The Beijing National Swimming Center, which will host the curling events, will accommodate “no more than 1,000 people,” or 20% of its capacity.

A US federal court confirmed on Friday the suspension of the vaccine requirement for employees of large companies, a measure desired by the Biden administration.

The suspended text left the employer to take whatever measures it deemed appropriate, including disciplinary measures, against those who resisted the vaccine and periodic tests. But in the land of individual liberties, this American version of the health pass caused a stir in the Republican opposition.

– No impact of the pandemic on future aircraft orders, according to Airbus –

The Covid-19 pandemic will not have a long-term impact on the need for new aircraft, estimated at 39,000 aircraft over the next 20 years, according to Airbus, which has the replacement of fleets by aircraft that emit less CO2.

The need is estimated at 39,020 new passenger and cargo aircraft by 2040, bringing the global fleet to 46,720 aircraft, European aircraft maker Christian Scherer’s commercial director said ahead of the opening of the Dubai airshow on Sunday.

The pandemic has killed more than 5.088 million people worldwide since the WHO China office reported the onset of the disease in late December 2019, according to a report calculated on Saturday around 4:00 p.m. GMT by AFP in official sources.

The World Health Organization (WHO) estimates, taking into account the excess mortality directly and indirectly linked to Covid-19, that the number of victims of the pandemic could be two to three times higher than officially established.

Space: ArianeGroup to develop reusable mini-launcher to compete with SpaceX

Space: ArianeGroup to develop reusable mini-launcher to compete with SpaceX