– Washington advises against travel to Germany and Denmark –

US authorities have advised Americans to avoid traveling to Germany and Denmark, affected by the new wave of the pandemic sweeping Europe.

The State Department issued two bulletins under Level 4, the highest level of warning, its alert level for these two countries.

The announcement comes as Europe struggles to stop a new wave of the pandemic, amid sometimes violent protests against health-restricting measures. There have been at least 21 arrests in the Netherlands after a fourth night of protests, bringing the total to more than 150 according to police since the violence broke out.

French Prime Minister Jean Castex tested positive for Covid-19 on Monday night, leading to the quarantine of his Belgian counterpart, Alexander De Croo, and four of his ministers.

They all gathered in Brussels in the morning for a meeting on the subject of security.

Castex, 56, learned Monday afternoon that one of his 11-year-old daughters had tested positive and was immediately tested. Last week, the French government spokesman had to defend Mr. Castex and the interior minister criticized after a video that showed them shaking hands, without masks, defying the barrier gestures.

– The French executive between firmness and dialogue in Guadeloupe –

The French government wanted to be firm this Tuesday in the face of the violence that continues in Guadeloupe despite police reinforcements, while offering a “forum for dialogue” to respond to the social crisis linked to the obligation to vaccinate anti-Covid. 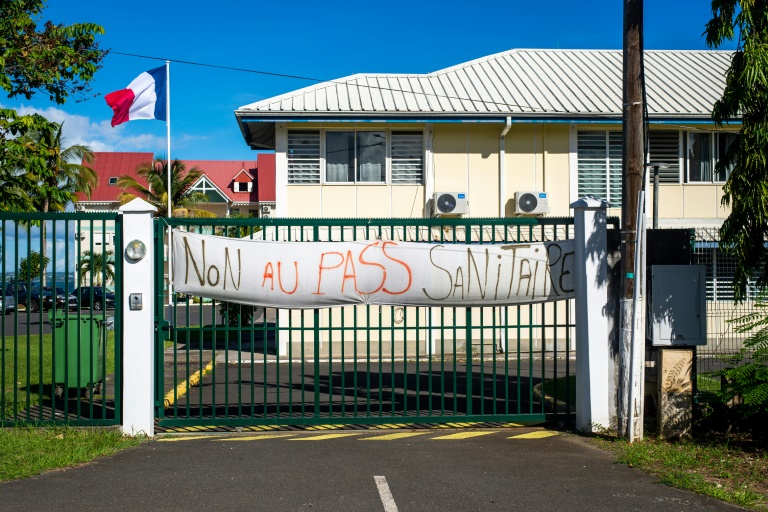 An anti-sanitary pass banner installed at the door of the Petit-Bourg fire station, in Guadeloupe, on November 21, 2021 (AFP – Lara Balais)

The challenge of caregivers and firefighters that began on November 15 turned into a social crisis marked by violence in this French department of the Caribbean, where a third of the population lives below the poverty line, and where the situation was still considered “very difficult” by the Minister of the Interior.

“The restoration of public order is the prerequisite for any discussion, of course,” he said as the overseas minister deplored the shooting against the police.

The government is committed to providing professionals affected by the vaccination obligation with vaccines against Covid-19 without messenger RNA.

Belgian justice is investigating a doctor suspected of having registered 2,000 fake anti-Covid vaccines, the “most serious” fraud to date in the management of the pandemic in Belgium, according to the Wallonia Minister of Health.

It is suspected that the doctor gave these patients a health pass that allowed them to escape the current restrictions by paying them for injections that were not given.

– Vaccination of children from 5 to 11 years old in Israel – 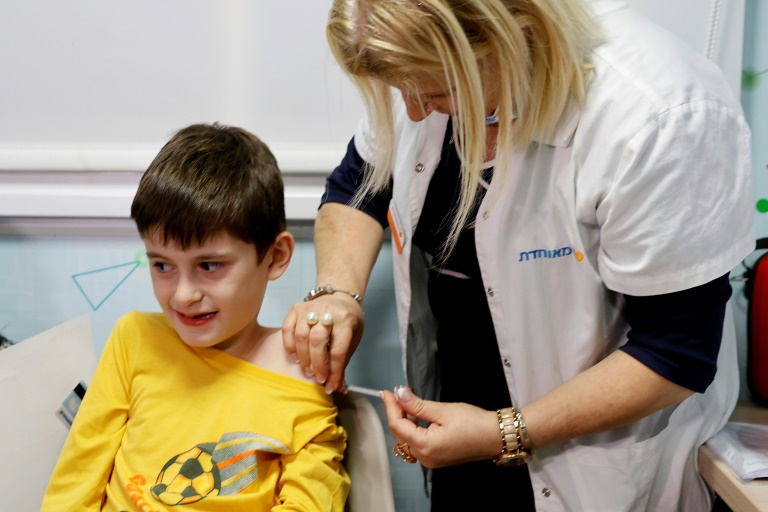 Israel began its anti-Covid vaccination campaign for children aged five to eleven on Monday night, becoming one of the first countries, after the United States, to lower the age of access to the vaccine to curb the pandemic. 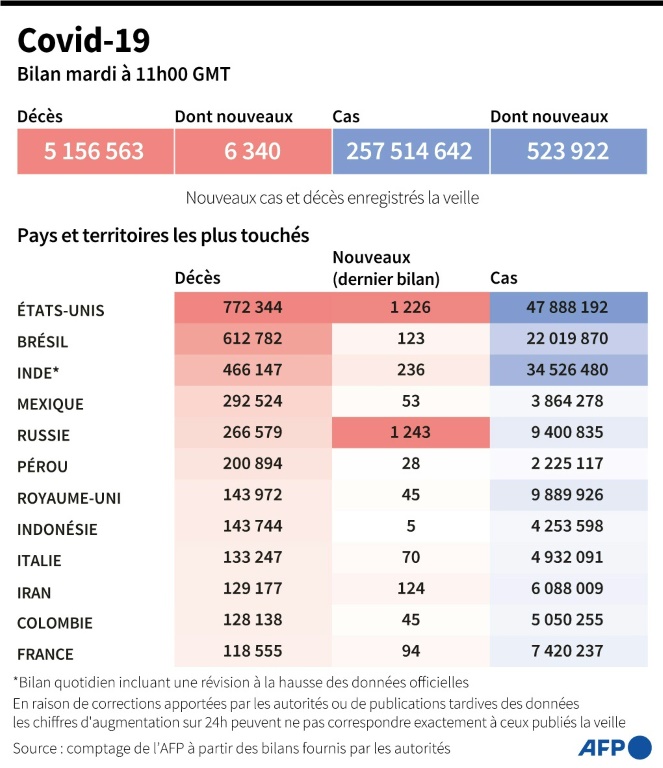 The coronavirus pandemic has killed at least 5,156,563 people worldwide since the end of 2019, according to a report by AFP from official sources on Tuesday at 11:00 GMT.

The World Health Organization (WHO) estimates, taking into account the excess mortality directly and indirectly linked to Covid-19, that the global toll of the pandemic could be two or three times higher than that calculated from official figures.