The Austrian government, which is intensifying shock measures to try to contain the increase in cases of coronavirus infection affecting the country, intends to make vaccination against COVID-19 mandatory.

The decision, a precedent for Europe, comes as the continent faces a new wave that is forcing many states to urgently tighten health controls. 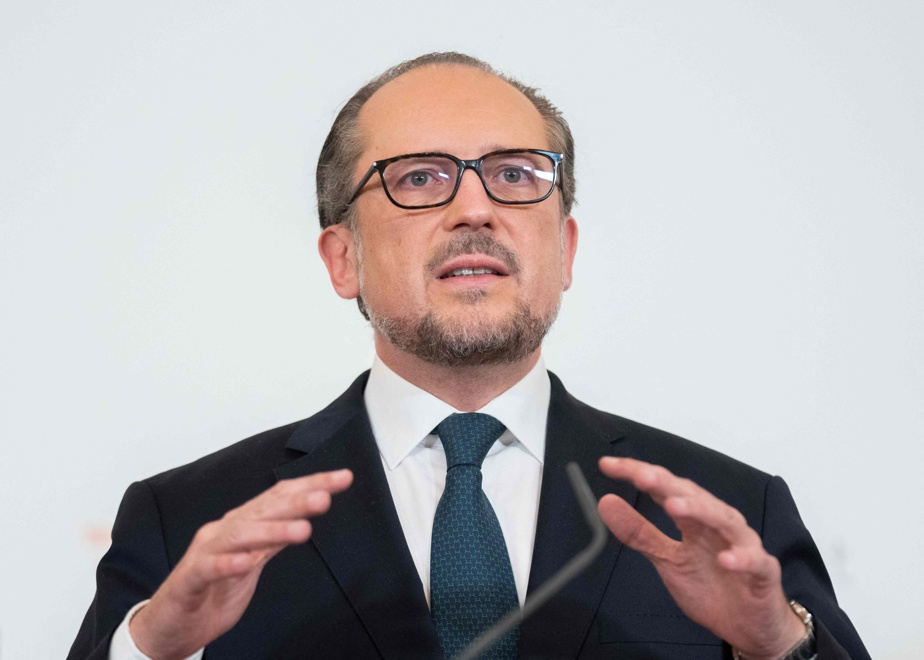 Chancellor Alexander Schallenberg announced on Friday that Austria will take a coercive approach from February 1 that foresees fines for recalcitrant people, as too large a fraction of the population refuses to be vaccinated.

The country of nine million people, which recorded more than 15,000 cases of infection during the day, has, at 64%, one of the lowest vaccination rates in Western Europe.

“Substantially increasing the vaccination rate is the only way out of the vicious circle in which we are trapped … Too many people have lacked solidarity through their behavior,” said the Chancellor, who also announced a new period of general seclusion in versus extending at least until mid-December.

He said that people who have not yet been vaccinated by that date would remain confined.

The judgment of the courts

The hardening of the government’s approach has drawn criticism from the ranks of the opposition, especially from the far right, an elected official quoted by the British daily The Guardian as criticizing the country’s transformation into a “dictatorship.”

Demonstrations are scheduled for this Saturday in Vienna to denounce the decision, which is unlikely to be overturned by the courts, according to Alan Greene, a specialist in constitutional law and human rights attached to the University of Birmingham, in the United Kingdom.

In an interview with La Presse, the analyst said on Friday that the European Court of Human Rights is unlikely to rule against the Austrian government despite the binding nature of the measure adopted.

Since the beginning of the pandemic, the court has adopted a very little interventionist approach, leaving the States a “wide margin of appreciation” to determine “the balance between the respect of individual rights and the defense of the collective good,” he says. .

In a decision taken before the start of the pandemic that affected the Czech Republic, the court ruled, says the academic, that requiring children to be vaccinated against nine diseases before entering kindergarten does not represent an “interference with freedom. “disproportionate as the goal was to protect the health of others.

Austria, Mr Greene points out, could be required to demonstrate that it has opted for compulsory vaccination by a “proportionate” measure that minimizes the infringement of individual rights by setting exceptions, for example for those who cannot be vaccinated for medical reasons . reasons.

Imposing separate containment measures on vaccinated and unvaccinated people can be viewed the same way, believes the University of Birmingham specialist. Other states, such as Slovakia, have indicated that they also intend to take this approach.

Austria’s decision on mandatory vaccination generated reservations on Friday from the World Health Organization (WHO), which said it favored strategies aimed at convincing the population rather than forcing it. 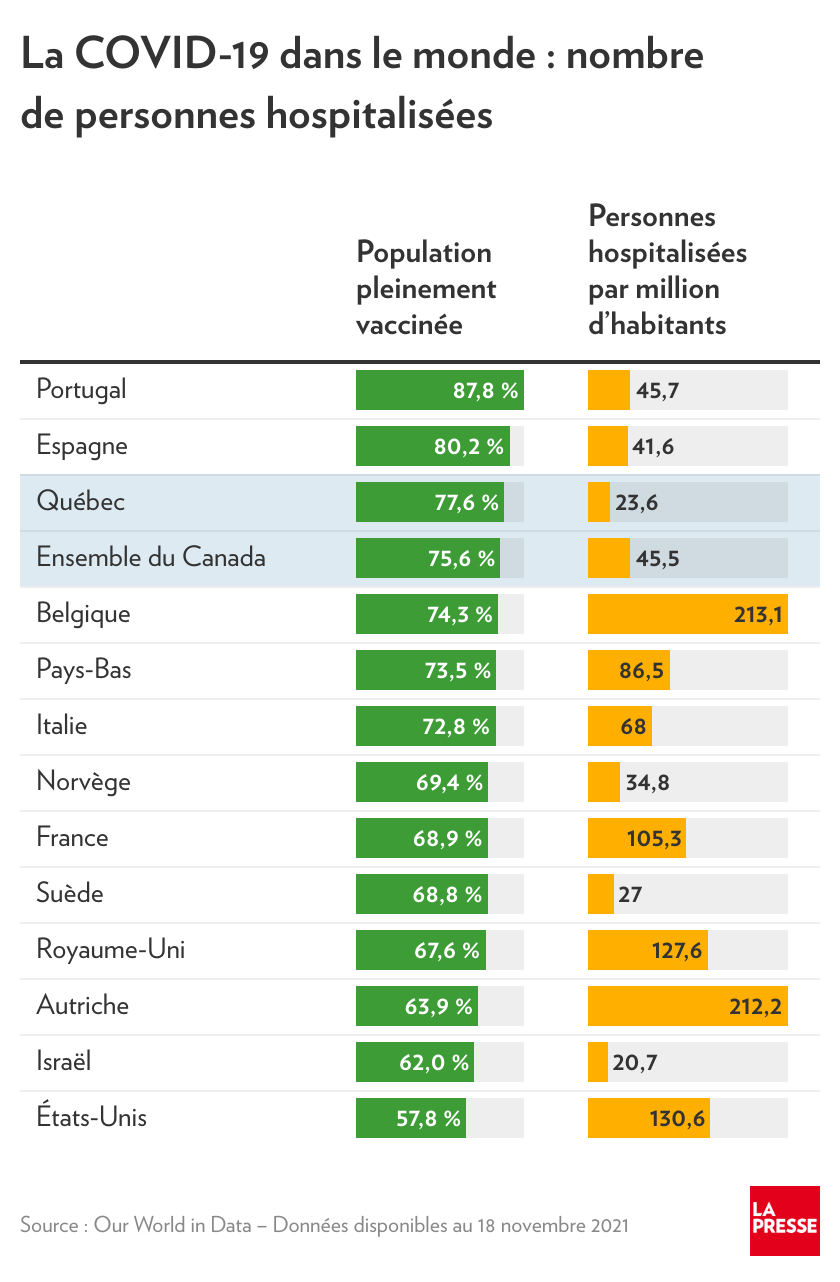 The United Nations High Commissioner for Human Rights also emphasized to Agence France-Presse that an “educational” approach should be prioritized.

Currently, only a handful of countries officially require COVID-19 vaccination. This is particularly the case in Tajikistan and Turkmenistan, which are subject to authoritarian regimes, as well as Indonesia. However, none have a very high effective vaccination rate.

A large number of Western countries have imposed compulsory vaccination on certain professional bodies, particularly in the health sector, but none have yet shown their willingness to follow Austria’s example by addressing the entire population.

While controversial, the imposition of mandatory vaccination on part or all of the population is advocated by a growing number of bioethicists, says Vardit Ravitsky, who teaches in this field at the University of Montreal School of Public Health.

The answers that specialists give to the ethical questions raised by the COVID-19 pandemic have evolved significantly as scientific knowledge about the virus has grown, he says.

The importance of the risks posed by the virus to affected countries, particularly because of its potential impact on their health systems, the emergence of more communicable variants and the effectiveness of vaccines have transformed analysis, Ms Ravitsky emphasizes.

The imposition of restrictions on unvaccinated people, particularly through a vaccination passport, is now considered a justifiable approach by elected officials in many countries.

The acceptability of such measures from an ethical point of view, however, depends on the severity of the restrictions imposed, believes the professor from the University of Montreal, who considers the coercive approach chosen by Austria in terms of vaccination as an “extreme” .

The debate on this issue is likely to intensify in Europe, which brings together nine of the ten countries that saw the biggest acceleration in the number of COVID-19 cases this week. Only the United States showed a comparable increase. The other regions of the planet have experienced a relative improvement, according to a census carried out by Agence France-Presse.

WHO believes that the deterioration of the situation in Europe is attributable to an insufficient global vaccination rate, the lifting of sanitary restrictions too quickly and the progression of the Delta variant.

Covid-19: People Over 65 Can Get Vaccinated Without Appointment, Announces Castex

Dosage, efficacy, safety … What do we know about the vaccine for children?

Covid: what Jean Castex announced about schools, discos and vaccination

Most effective surgical masks against COVID-19

Covid-19: should children ages 5 to 11 get vaccinated?

Mende: in response to the demand, the vaccination center integrates the Georges-Frêche space “until March 2022”

Covid in Belgium: the new measures came into force this Saturday at 11 am, covered playgrounds are also prohibited

Covid-19: You are trying to get vaccinated … with a fake silicone arm!

Covid-19: People Over 65 Can Get Vaccinated Without Appointment, Announces Castex

Dosage, efficacy, safety … What do we know about the vaccine for children?

Covid: what Jean Castex announced about schools, discos and vaccination

Most effective surgical masks against COVID-19

Covid-19: should children ages 5 to 11 get vaccinated?

Mende: in response to the demand, the vaccination center integrates the Georges-Frêche space “until March 2022”

Covid in Belgium: the new measures came into force this Saturday at 11 am, covered playgrounds are also prohibited

Covid-19: You are trying to get vaccinated … with a fake silicone arm!