The European Medicines Agency (EMA) announced that it has begun evaluating the use of the Pfizer / BioNTech Covid-19 vaccine in children between the ages of 12 and 15, following approval requests from two companies for this age range in the EU and the US. There is currently no vaccine available for children who are less susceptible to severe illness and whose vaccination has not yet been a priority.

In a press release, the EMA indicates that its Committee on Medicinal Products for Human Use will “conduct a fast-track assessment of transmitted data” about the vaccine. These data include the results of a large ongoing clinical trial involving adolescents 12 years and older, according to the EMA. “The EMA will communicate the results of its assessment, expected in June, unless additional information is required.” specifies the agency. If a permit is granted, it will apply in the 27 EU member states.

Read Also: With New Doses Available By the End of June, Pfizer Will Weigh Over 60% of the Vaccines Shipped to France.

According to a report by UNCTAD (United Nations Conference on Trade and Development), restrictive measures related to Covid-19 contributed to the growth of e-commerce in the past year. It is based on statistics from seven countries (Australia, Canada, China, South Korea, Singapore, UK and US), which account for nearly two-thirds of online B2C sales.

However, the changes vary from country to country, with online retail sales growing 59% in Australia, 46.7% in the UK and 32.4% in the US, up from + 14.6% in China. Unctad doesn’t have global data for 2020 yet, but research indicates significant growth in e-commerce in other regions as well.

See also: Coronavirus and E-Commerce: Has There Been the Reported Growth?

PROPOSAL – “We will preserve the entire solidarity fund in the month of May, even if the opening is partially resumed from May 19”

On Monday 3 May, Economics Minister Bruno Le Maire presented the evolution of company support measures in line with the deconfinement schedule. Thus, nothing changed in May regarding the Solidarity Fund. The development of the device has been going on since June.

Partially opened enterprises will have access to the solidarity fund regardless of their loss of turnover, while at the moment it has been reserved for companies losing at least half of their turnover due to the closure imposed by the authorities. The amount of compensation will be determined with professionals from the relevant sectors – an appointment was made today this afternoon – and this assistance will be reduced until the end of August. Bruno Le Maire also announced “The clause is to meet at the end of August to ensure that everyone is well supported and that the return to normalcy takes place in good conditions.”

Read also: ECB is thinking about cutting its aid, France is changing access to its

Activities The French manufacturing sector continued to grow steadily in April.despite a slight slowdown in growth, according to data released Monday by IHS Markit.

The purchasing managers’ PMI, which measures sector performance based on data compiled by a group of 400 companies operating in France, reached 58.9 in April, up from 59.3 in March. An index above 50 indicates increased activity, while an index below 50 indicates contraction.

Read also: France is slowly returning to growth in the first quarter

IN REGIONS – IT services: health crisis has not undermined Xefi’s ambitions

Lyon-based VSE / SME IT service provider Xefi, based in Rilleu-la-Pape (Rhône), has just acquired Iilyo, a data hosting company. Thus, this acquisition strengthens Xefi’s offering: “Iillo has developed a complete Linux cloud” – explains Sasha Rosenthal, CEO and founder of Xefi in 1997. An additional step in Xefi’s “spiral” growth, whose health crisis has not undermined ambitions, both domestic and European. 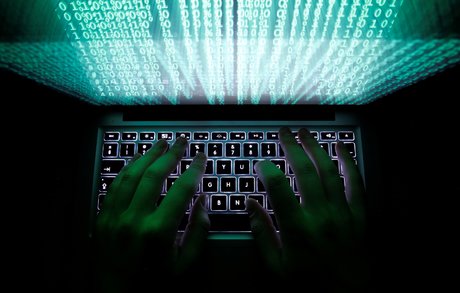 After six months of closure, cafes and restaurants across Greece reopened their terraces on Monday. This is done with strict measures: employees will have to conduct a self-test once a week and wear masks. A maximum of six people can be seated at the table, and establishments close at 11:00 pm to comply with the still in force curfew.

Greece plans to spend 11.6 billion euros this year to offset the effects of the pandemic, up from 24 billion euros last year. The Greek government is betting primarily on the revival of tourism from May 15 to restart the economy. More than a quarter of his income depends on this sector.

International aid in the form of medical equipment and oxygen generators arrived in India this weekend from France and Germany, following the first shipment on Friday from the United States. For its part, the United Kingdom has announced that it will send 1,000 more respirators to this huge country of 1.3 billion people. 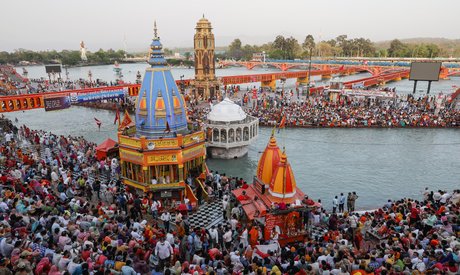 India recorded 370,000 new infections in 24 hours. The country has also killed an additional 3,400 people, bringing the total death toll to more than 219,000 from nearly 20 million infections. To ease the pressure on city hospitals lacking beds, medicine and oxygen, New Delhi authorities again extended their sentence by a week, which was due to end on Monday, in a metropolis of 20 million residents.

Denmark, the first country in Europe to phase out the AstraZeneca Covid-19 vaccine in April, announced on Monday that it would also phase out the Johnson & Johnson vaccine due to potential serious side effects, despite the regulatory body allowing the European Union and WHO to use it.

Thanks to this decision, Denmark was one of the first in the world to refuse the Johnson & Johnson vaccine. However, the country has never allowed this. His work has been evaluated or not since mid-April. The decision will slow down the current immunization campaign by four weeks in the northern country, where the epidemic is considered “controlled” and where most people at risk and health workers are vaccinated. At last count, 11.5% of the 5.8 million Danes are fully vaccinated and 23.4% received their first injection.

Hong Kong is emerging from the longest recession in decades

Hong Kong’s economy returned to growth in the first quarter after six straight quarters of its GDP contraction, the longest recession in decades, according to official data released on Monday, May 3. This black streak ended in the first quarter, when GDP growth was 7.8%. 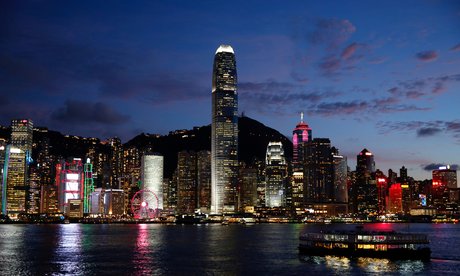 Hong Kong is one of the few territories in the world that entered a pandemic when they were already in the midst of a recession. In 2019, months of pro-democracy protests coincided with rising tensions between Beijing and Washington over trade issues. Hong Kong, the main gateway to the huge Chinese market, has naturally felt the repercussions.

COVID-19: Rise in active cases and one new death in Eastern Ontario

COVID-19: Rise in active cases and one new death in Eastern Ontario