Millions of Beijingers are working from home on Monday following a new round of Covid measures, making the Chinese capital of 22 million look like a ghost town.

China is experiencing the worst wave of the epidemic in the two months since the initial outbreak in early 2020.

Even if infection rates remain minimal globally, authorities are rigorously enforcing their zero Covid policy and locking down entire cities as soon as a few cases appear.

Following Shanghai, the country’s most populous city under quarantine since early April, Beijing has imposed travel restrictions for a week and many public places (restaurants, cafes, gyms, gyms, etc.) are closed.

Checking the temperature outside in Beijing, May 9, 2022 (AFP – WANG Zhao)

Authorities on Monday severely restricted access to non-essential services in the capital’s busiest and most populous district, Chaoyang, where some businesses must limit their regular workforce to 5%.

As a result, the bustling Sanlitun commercial district in east Beijing was deserted on Monday morning. The usually very busy Apple store was ordered to close within minutes of opening.

“I don’t feel comfortable with so few people around me,” a cleaner named Wang told AFP as she waited to enter the restaurant where she works.

“I’m in charge of disinfection, I can’t work from home.”

Beijing announced on Monday 49 new infections in the last 24 hours. 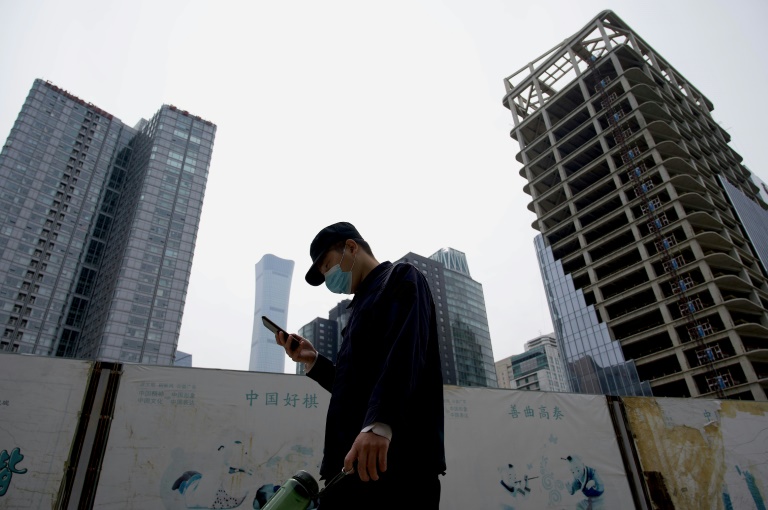 Elsewhere in Shanghai, the number of new infections fell to under 4,000 on Monday, after surpassing 25,000 in late April.

The current outbreak has also claimed more than 500 lives in Shanghai, according to the official report. The total number of cases in China has barely exceeded 5,000 officially since the start of the pandemic.

Some residents show their annoyance after 40 days of confinement, sometimes marked by supply problems. 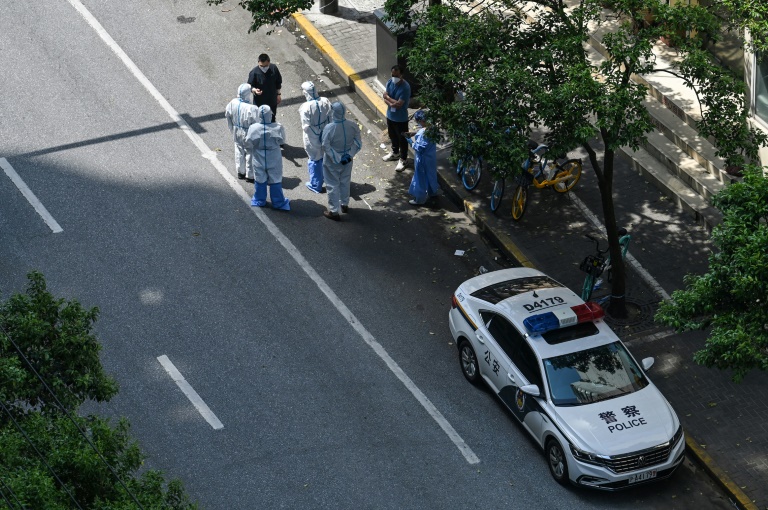 A police car and officials in full Covid-19 protective gear in a restricted area of ​​Shanghai, May 8, 2022 (AFP – Hector RETAMAL)

According to a video posted on social media, residents in Zhuanqiao District clashed with officials wearing full bodysuits over the weekend.

“The police acted as soon as possible to convince onlookers to disperse and restore calm,” local authorities said.

“According to the check carried out on the spot, the troublemakers at home had enough food,” the same source assured.