The Covid-19 pandemic continued its outbreak this week all over the world, except in Africa, the first region to see its contaminations decrease after the Omicron wave: here are the significant weekly events, from an AFP database.

Important indicator, the number of diagnosed cases only reflects a fraction of the actual number of contaminations and comparisons between countries should be taken with caution, as testing policies differ greatly from country to country.

With a new record of 2.78 million contaminations recorded every day around the world, the indicator jumped again this week (+44% compared to the previous week), according to an AFP report held this Thursday.

Only Africa, where the Omicron variant struck first, saw its situation improve (-11%).

The Philippines (+327% compared to the previous week, 29,100 new cases daily) is the country that registers the greatest acceleration of the week.

The first four countries, located in southern Africa, were among the first to be hit by the Omicron wave in early December, while the UK was the first country affected in Europe in the following weeks.

Globally, the number of daily deaths rose sharply this week (+12%), to 6,911 deaths per day, after weeks of decline. 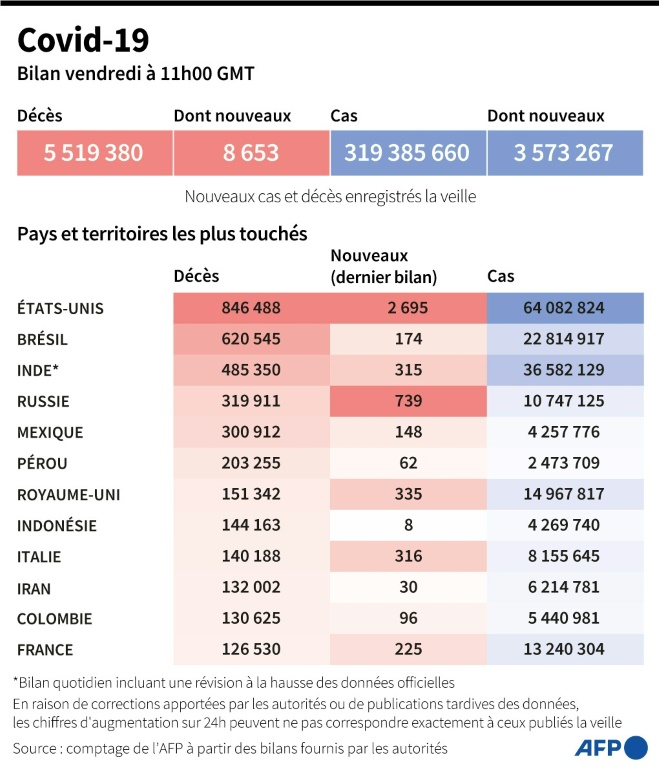