Judo, the 100th blockchain set to compete with Ethereum, has just received the worst publicity. Yesterday, one of his development team transferred the equivalent of $36 million (€34 million) in cryptocurrencies to a bad wallet, with no way to cancel the transaction on the spot.

125 validators and no alerts

In the event of a monstrous confiscation, on an account that could have withdrawn this amount maliciously, the Juno teams missed a major human error. In his original plan, the amount was to be transferred to the company’s wallet address prior to a vote to decide how it would be spent.

“This was the first major example of the blockchain community voting to change the token balance of a single user accused of malicious activity,” a CoinDesk reporter explained.

Only the developer in charge of the manipulation inadvertently entered the hash number instead of the wallet number. Having confirmed their transaction, none of the 125 validators of the blockchain network understood the error and did not mind the confirmation.

Obviously, the error was a typo during copy-paste, but the entire Juno team bears its share of responsibility. Although none of the blockchain miners can issue a warning, the returned message is very bad for a Proof-of-Stake blockchain and not Proof-of-Work, as is the case with Ethereum.

Validators should be guardians of network security and decentralized processing. However, in this case, they may be held responsible for the fact that they were not able to detect an input error in time. Daniel Hwang, one of Juno’s blockchain validators, told CoinDesk, “We screwed up,” adding that the bug was mostly “the fault of the validators” who ran the code.

Where Juno might be happy to use the Proof-of-Stake protocol rather than Proof-of-Work is that they will be able to find a solution faster. Indeed, the Juno blockchain relies on a so-called “governance” protocol where token holders can vote to change transactions on the blockchain. The majority wins, and once the vote is complete, the transaction can be rolled back by updating.

A similar vote already took place last week specifically on whether Juno should be held responsible for extracting $36 million from a malicious wallet.

The upgrade will be deep because at the same time, improvements will require changes to Juno’s ledger—usually unchangeable. The ultimate solution, which would run into much more difficulty on a blockchain like Ethereum. Except that this one definitely wouldn’t miss an input error from the start… 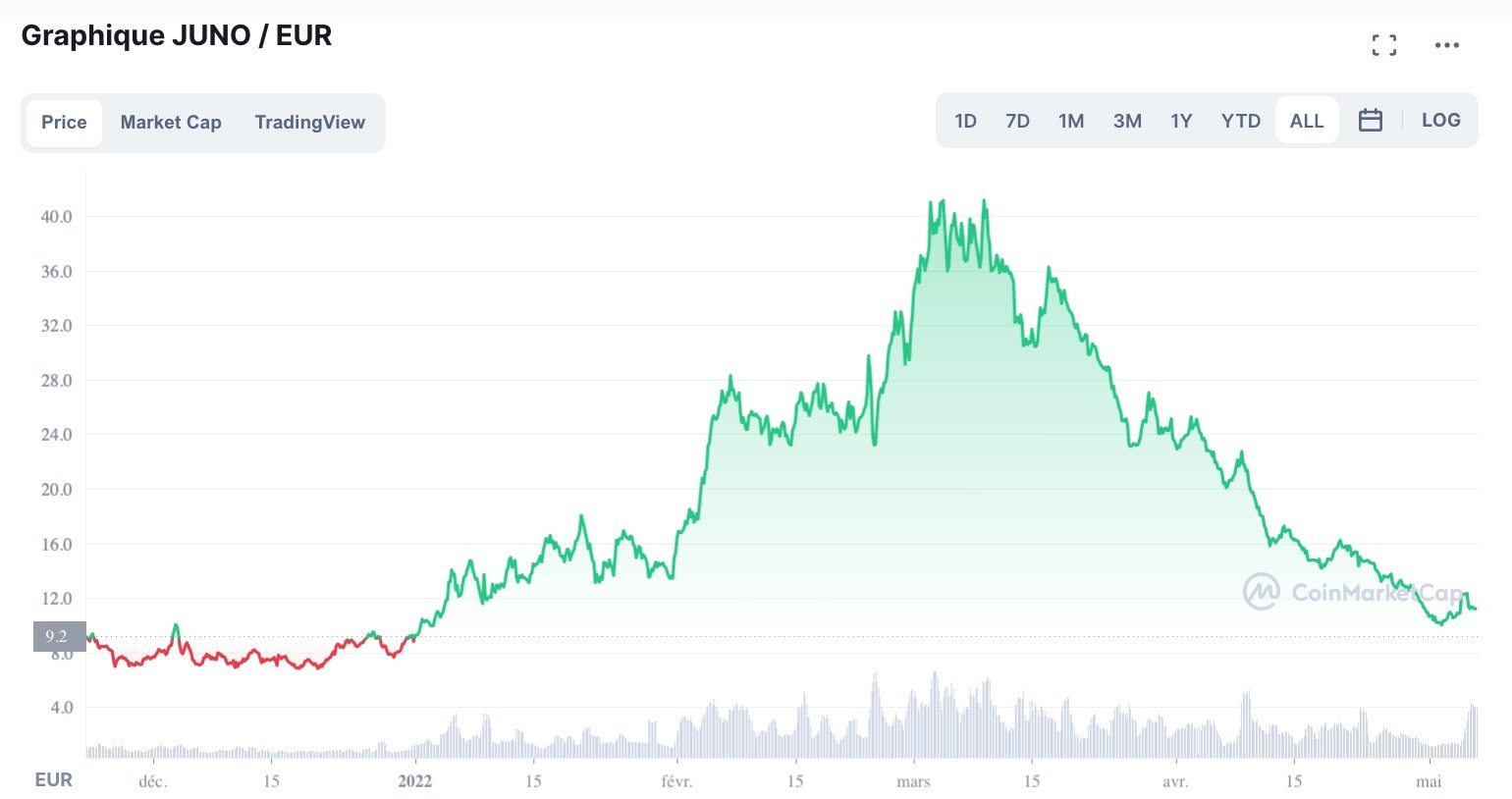 As a result of the misadventure, the Juno token lost over 10% of its value. In the long term, many investors have already parted ways with their tokens as Juno lost over 72% from its high two months ago.

In the question, several people, including the owner of a wallet with $36 million withdrawn, accuse members of Juno’s leadership of making secret deals for their own enrichment behind the community’s back.

These allegations have not yet been confirmed. However, there have never been so many doubts when another event in early April further undermined investor confidence. The release of a malicious smart contract shut down the Juno network for more than 24 hours.