Microsoft’s commitment to Windows 11 has been huge. There are many new features in its interface and many improvements in the applications that are present in this system. Now, and without the control of Microsoft, a novelty for Paint has appeared.

Being the best known drawing application and probably the most used, it is logical that Microsoft bet on this proposal. The truth is that the news has been slow, but now an improvement has arrived, coming from outside the doors of Microsoft. Paint finally has the long-awaited dark mode.

Paint also has a dark mode

Microsoft’s plans for the future of Paint are unclear. The software giant already wanted to remove this application from Windows, but ended up placing it in addition, which can be installed directly through the App Store created for this system.

With Windows 11, everything seems to have changed again, with this software present. There are even changes in its interface, to bring it closer to what this system has prepared for users. It still lacks the dark mode, which so many people have requested. 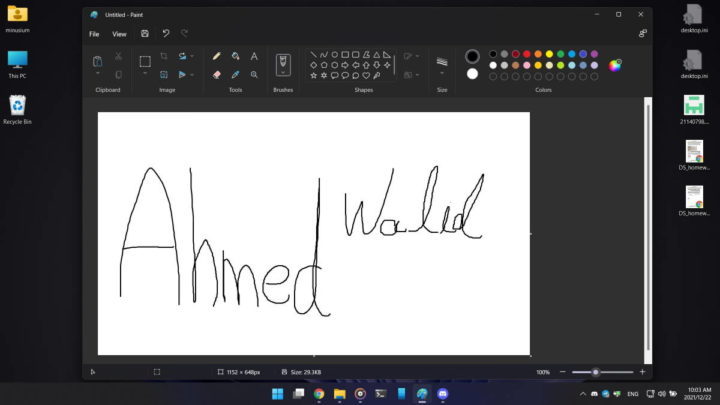 The solution does not come from Microsoft

Tired of waiting, there are those who get down to work and create an alternative. This uses Paint itself and completely changes the interface, with dark mode now a reality for those who want to try the new.

The one who prepared this improvement was Ahmed Walid, who created this new theme for Paint. The installation process was not the easiest, but the FireCube user created a package with everything necessary. Now with these instructions everything is easier. 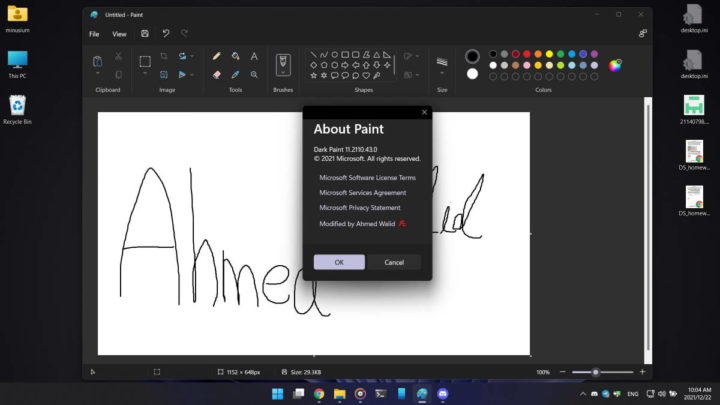 Solution for the application in Windows 11

For now, and for it to work perfectly, it can only be used in Windows 11 and the development versions of the Insiders program. It is possible to use Windows 10, but there are some problems when using Paint on this system.

If you are using Windows 11 in the Dev version, give this new feature a try and see how Paint also has the dark mode that everyone expected. It is not official yet, but it is for those who spend many hours with this application.