Note about this test: Game played on PlayStation 5, copy provided by publisher.

Currently available on PlayStation 5 and PC, DeathLoop is the new video game from Arkane Studios Lyon. A study to which we owe the Dishonored series and which is now part of the Microsoft family. With the recent acquisition of the ZeniMax Media group by the Seattle firm, we can bet that Deathloop will sooner or later land on Xbox consoles. For now, here is my take on Deathloop on its PS5 version!

Deathloop begins with the death and resurrection of Colt. Colt is the character played by the player, and to make matters worse, Colt appears to have amnesia. As a result, the player discovers Deathloop’s hostile universe at the same rate as his avatar. From the first minutes, we learn that Colt is stuck in a time loop. This strange phenomenon makes you relive the same day over and over again. Even stranger, if Colt is unlucky enough to die, he comes back to life on the beach where they first met him. A sensory experience that Julianna gives her on numerous occasions. Julianna is a young woman who appears on screen as soon as the game opens. This woman tries to stop Colt from breaking the circle. What are Julianna’s intentions and how do you break the circle? We will have to find out! 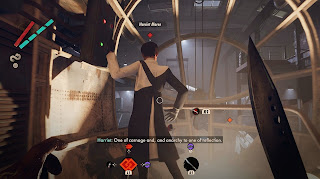 Like all previous Arkane Studios video games, Deathloop is a first-person shooter game that mixes different genres and various original ideas. Despite the lack of depth in the script of the main characters, the idea of ​​the time cycle that must be broken is very well posed. Like the 2014 film Edge of Tomorrow starring Tom Cruise and Emily Blunt, we will have to find the precise path that will end the endless reboot. To stupidly summarize what the player will have to do to solve this puzzle and close the loop, let’s say it will be necessary to kill all 8 visionaries in the game (all 8 bosses) on the same day! The problem is that it is difficult to get there. Some appear in the morning, noon, afternoon, evening and others remain hidden all day. In order for everything to line up correctly, it will be necessary to find the correct clues by following the clues given to Colt. Indexes can be reused from cycle to cycle. For those like me who were concerned that the game was a rogue video game, that’s not the case at all (or at least, almost not). Deathloop is, in the end, very linear and sometimes we have to relive the same moments several times to advance very slowly in the story. A sense of repetition that can keep you from playing the game again once you finish it. It takes 15-20 hours to see the final credits. 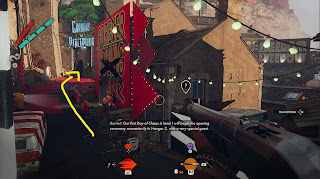 As with the Dishonored series, Deathloop offers the possibility of using different approaches to overcome obstacles. It is possible to play in stealth mode or by killing anyone who crosses your path. To vary the fun of the game, there are different weapons and special powers. Each weapon has a few variations with additional abilities such as slowing down time, firing an explosive bullet, etc. By following specific missions, it is possible to find more powerful legendary weapons. Colt can also equip himself with different abilities: double jump, higher health, faster reload, etc. During your first hours of play, the time loop system and Colt’s death will cause you to lose your gear. Like rogue video games where you lose some of your progress when your avatar dies; Colt loses his physical possessions when he dies. Fortunately, the infusion set allows you to keep your most valuable items, even by starting a cycle again. Upon finding Residuum, the player can infuse weapons, mods, and charms to keep them from loop to loop. Apart from the linearity and redundancy of certain passages, the great black point of Deathloop is the artificial intelligence of the enemies. Let’s face it, this is one of the worst artificial intelligences I’ve seen in recent years. Enemies look like puppets that move and react (or not) in any way. This is very absurd for a video game of this caliber in 2021 … 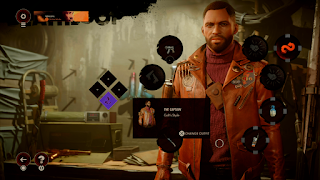 Visually, Deathloop fits into the art deco aesthetic of all Arkane Studios creations. Like it or not, the rendering on the screen is very clean. Don’t forget to play in performance mode. The graphic mode included raytracing that has no other purpose than to slow down the performance of the game on PS5 … To accompany the supposed kish side of the decoration of the environments, the jazzy sound and the musical part comes to put the icing on the cake of a very particular universe.

In the end, Deathloop is a great experience. Without revolutionizing anything, Arkane Studios still managed to give a facelift to its formula already used in Dishonored. If you want to take on players online, you can even play as Julianna chasing Colt. A mode that will be disabled for new players who don’t want to be chased by experienced players. 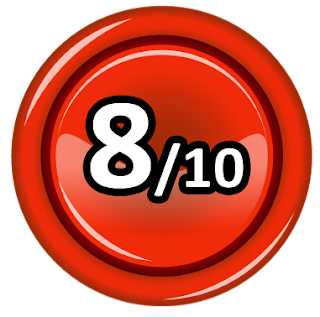 Chivalry 2: Fight Knight update available on Xbox Series and Xbox One – Xbox One

Chivalry 2: Fight Knight update available on Xbox Series and Xbox One – Xbox One