If the latest rumors about Diablo IV are to be believed, the release date is so close that you can pre-order it soon.

The sauce starts to slowly rise around Diablo IV. After the commercial success of Diablo Immortal (fiction is something else), Blizzard is preparing the return of the main series very soon. There were already rumors this summer that the new title would be unveiled at the 2022 Video Games Awards in December, but a big new rumor has just surfaced about a Diablo IV release date.

Blizzard is preparing to take back their lands

Blizzard has already announced its game for 2023, but according to a Windows Central source confirming the Xbox Era podcast, Diablo IV is slated for release in April 2023. Even better, pre-orders for the game should open in December 2022 at the same time. time as the official announcement at the Video Games Award, and buyers will have access to the open beta version of the software from February 2023. Obviously, after pre-order, several different editions will go on sale, all digital, with the exception of the physical edition. premium with extra goodies.

A Windows Central source also explains that (and unsurprisingly) Blizzard is reportedly planning to unleash (laughs) a marketing storm in early 2023 around Diablo IV. So be prepared to hear about it often (too much). In addition, there too, without any surprise, Blizzard will prepare a live game mode organized by seasons and including microtransactions. 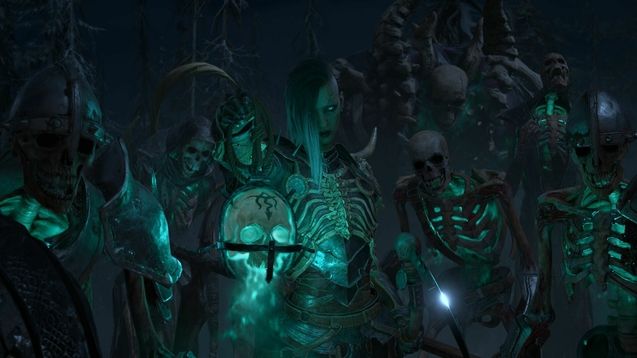 There are many good prospects for Blizzard, which is recovering from several difficult years and internal affairs that have tarnished its image. Overwatch 2 is growing in popularity, and Diablo Immortal has brought in colossal sums. Also, the next World of Warcraft expansion coming out in the coming weeks should also be a hit, and Hearthstone just announced a new expansion. If his takeover succeeds, and if he doesn’t fall into the Diablo III traps that made him fall out of favor, Blizzard could very well get out of the water.