Slovaks from Triple Hill Interactive and Grindstone are not the first to try this concept. Square Enix (squaresoft at the time) had already rewarded us with two Bushido Blade titles, a series in which a well-aimed stab was enough to kill an opponent. It is on this “punitive” basis that the developers are concentrating for this Die by the Blade, which will be published by Kwalee and will be released on all current media. Proverb: “Prudence is the mother of security.” takes on its full meaning.

Therefore, it will be a matter of learning to parry and dodge. Also, if you want to practice a bit before you get down to business, there’s a pretty exciting little pixel art game on Nintendo Switch, PlayStation 4, and PC that uses exactly the same concept and is called One-Strike. But back to the game we are interested in today. Die by the Blade will be a mixture of a samurai game and a cyberpunk universe. Players will be able to choose their character, normal, as well as their weapons. The chief designer of the project promises us “a dynamic combat system where every blow can be fatal …”. Speaking like this, we tend to think of the famous license for the fighting game Samurai Shodown, which is positioned as the most “deadly” in existence. Hold on stupidly and two or three hits will send you to the grave. Let’s see. 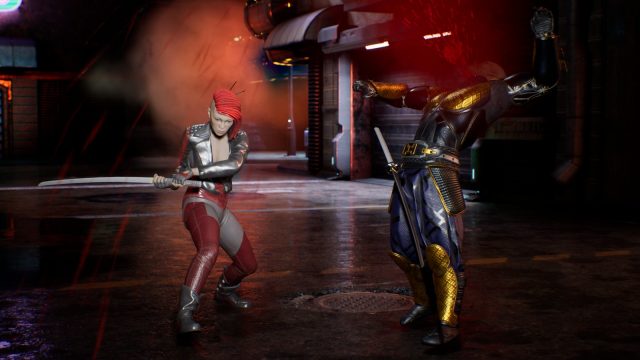 As such, Die by the Blade is expected on Nintendo Switch, PlayStation 4/5, XBOX one, XBOX Series X/S, and PC via Steam, Humble, and the Epic Games Store. It remains to be seen whether this idea is actually suitable for a “real” game against a fighting game.