Suffocating temperatures and lack of rain: A heat wave of unprecedented severity is causing drought in China over half of its vast territory, from the snow-capped mountains of Tibet to the beaches in the east of the country.

On the podium of the hottest Chinese cities in recent days on Thursday, the municipality of Chongqing Province (southwest), home to 31 million people, continued to suffer.

While the thermometer shows 41.9°C, many city dwellers are looking for a little freshness in shopping malls or the subway.

Sitting on makeshift seats, some play cards to pass the time. Others lie on the ground, exhausted by the heat.

On social media, some complained about having to queue in the middle of the heat to get tested after the epidemic surge of Covid-19 in the vast metropolis.

Residents of Chongqing in China seek some freshness on the subway and play cards, August 24, 2022 (AFP – Noel Celis)

Midsummer heatwaves are not uncommon in China, especially in the dry west and south of the country.

But this year the country has faced extreme weather exacerbated by global warming, scientists say.

Thus, this is the hottest summer since meteorological observations began more than 60 years ago. The situation is unprecedented in its duration – more than 70 days of high temperatures – but also in its scale.

Several major cities have recorded the hottest days in their history, and the lack of rainfall has left many rivers dry, such as the country’s largest river, the Yangtze.

These climatic conditions threaten crops and weaken the power grid, while millions of residents turn on air conditioners.

Half of China is currently affected by drought to varying degrees, according to a map released Wednesday by the National Weather Service. 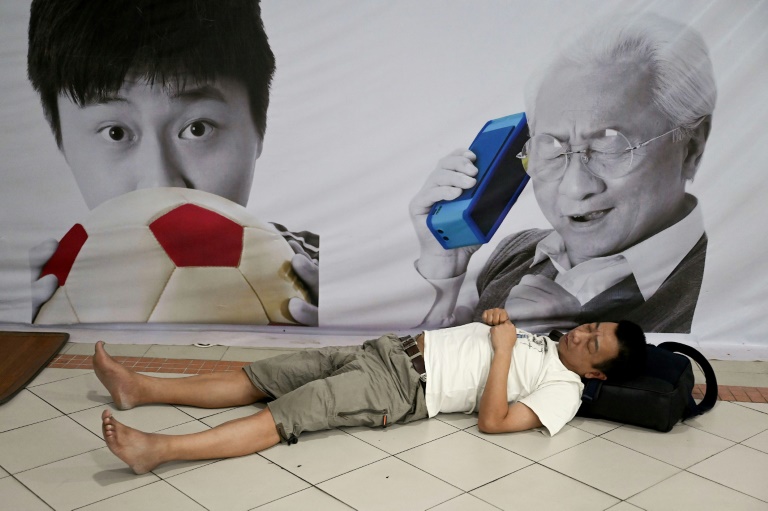 Entire areas of the country are affected, including a wide swath covering the southern part of the Tibet Autonomous Region (west), which is very mountainous, and extends to the coastal regions in the east, the economic center of China.

This vast area, home to over 370 million people, is mostly flowing along the Yangtze River, a precious source of drinking water.

Parts of Tibet are among the arid zones that national meteorology qualifies as “strong” or “exceptional”.

In Sichuan (southwest), where temperatures reached 44 degrees on Wednesday, heavy rains, however, refreshed the atmosphere of this mountainous region in places.

Some 30,000 people had to be evacuated for safety reasons, public television CCTV reported on Thursday. 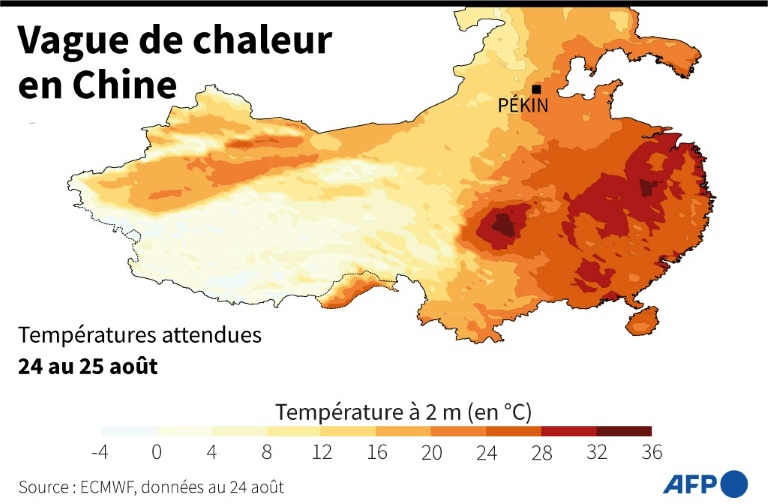 On the other side of the country, Cyclone Ma-on swept through southern China on Thursday.

This heat wave is a problem for agriculture in a country that already experiences a shortage of arable land in normal times.

Drought is especially problematic for rice and soybean crops, which are very water intensive.

In this regard, the government decided on Wednesday to allocate a special package of 10 billion yuan (nearly 1.5 billion euros) to support farmers in the face of drought, CCTV reported.

This amount will mainly go to ensure the autumn harvest of rice. 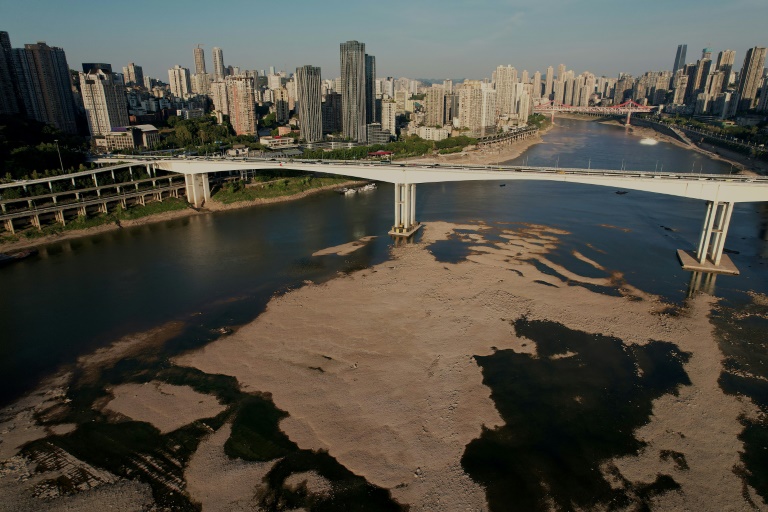 Aerial view in Chongqing, China, of the dry bed of the Jialing River, a tributary of the Yangtze River (AFP – Noel Celis)

Chongqing authorities vowed to take emergency measures to protect pig farms, and a video of a Sichuan farmer crying after her chickens died due to heat and a power outage went viral on the Internet.

The drying up of rivers that feed hydroelectric power plants is also forcing authorities to limit electricity at the local level, especially in Sichuan province, where 84 million people depend on this source of energy for 80%.